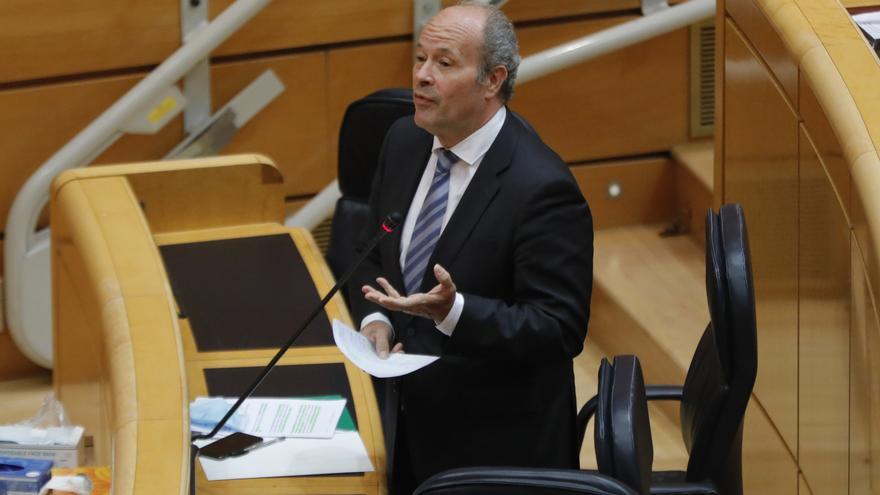 The associations of judges and prosecutors have not been satisfied with how the terms of criminal investigations are in the new wording of article 324 of the Criminal Procedure Law recently approved by Congress. The reform, which must still go through the Senate, eliminates the six-month term with a 36-month ceiling for complex cases introduced by the Government of Mariano Rajoy in 2015 and establishes an ordinary 12-month instruction that will be renewable indefinitely at the proposal of the examining judge. Currently, prosecutors were in charge of requesting these extensions. The text is a proposal by Unidas Podemos that had the support of all groups except PP and Vox.

The associations, which request the complete repeal of the article, do admit that the reform includes improvements with respect to the current situation. Its spokespersons cite the fact that it is the judges and not the prosecutors who are in charge of proposing the extensions or that the ordinary instruction is for one year instead of six months. But they criticize that it is not accompanied by an endowment of material and professional means in an administration that drags an endemic situation of saturation and scarce financing.

"It gives us more margin because what you previously had to do in six months, now you can do in twelve, but that time may continue to fall short if there are no other means," says judge María Jesús del Barco, spokeswoman for the majority and conservative Professional Association of the Magistracy (APM).

In addition, some groups believe that there is still "risk of impunity" because the saturation of many courts complicates the task of carrying out a comprehensive control of the management of all the summaries, which can make it difficult for the extensions that require the most complex investigations - corruption , organized crime — be ordered on time. "In courts with a large workload and unstable teams, which are the majority, it is impossible to carry out an exhaustive control of the control of deadlines," says Judge Jorge Fernández Vaquero, head of a Violence against Women court in Jerez. de la Frontera (Cádiz) and spokesperson for the Francisco de Vitoria Association.

"We need the adequate means to carry out rigorous investigations in the shortest possible time," says prosecutor Teresa Peramato, spokeswoman for the Progressive Union of Prosecutors (UPF), who believes that a digital tool that would keep track of deadlines would be necessary. "Obviously, if you have a thousand issues, you control them worse than if you have 500," adds Del Barco, who focuses on the saturation of many organizations in charge of conducting investigative proceedings for courts such as the Civil Guard or the Treasury.

"It is not the reform that solves the problem. The risk of impunity is still there. The investigation deadlines cannot be extended to infinity. But the solution is not to impose fixed deadlines, or even extendable ones, that shorten the possibilities of a thorough investigation. , effective and consistent with the nature of the event under investigation, "adds Peramato, who chairs the group with which the current state attorney general and former minister, Dolores Delgado, was associated.

This prosecutor believes that this reform even creates an "added problem" with its third article, which establishes that if proceedings are agreed without having agreed to the extension or if it is later revoked, these proceedings become void. That is, as if they had never existed. "It cannot be that investigative measures ordered by a judge and from which facts can be derived that can determine a crime other than the one that had been determined up to that moment can become null," she maintains.

With the new wording of the article, the ordinary instruction will last 12 months and the judge may order, ex officio or at the request of the parties, successive and indefinite extensions of six months. For this, you must listen to the parties, although not necessarily have their approval. This question also worries Vaquero, of the Francisco de Vitoria, who believes that the door is opened to possible nullities if the judge extends an instruction with the opposition of the parties. "It creates legal insecurity," he says.

The UPF president, for her part, also questions that the introduction of the procedural deadlines for investigation has not taken into account the statute of limitations for crimes, which has worsened in the latest reforms of the Penal Code. "If we have prescription periods of five, ten or fifteen years ... Why are the instruction periods shorter? Why can't we investigate a fact to the limit of the prescription? It is inconsistent," he points out.

The PSOE and Unidas Podemos renounce with this reform a complete repeal of article 324 of the LECrim, as formulated by both groups in two propositions of law (here and here) presented in Congress at the beginning of the year and as they had been proposing since 2015. In the coalition government agreementHowever, the formations led by Pedro Sánchez and Pablo Iglesias already proposed another scenario: "We will replace article 324 of the Criminal Procedure Law, eliminating the maximum period of instruction as it is a limitation for the fight against corruption."

This maximum term is eliminated with this law, which, if approved definitively, will be the first of the legislature. The reform of the PP established an ordinary instruction of six months, extendable in complex cases to 18 and, exceptionally, to another 18, but only when requested by the Prosecutor's Office. This is a measure that in these years has prevented the completion of the investigation of important corruption cases.

The former president of Murcia Pedro Antonio Sánchez was one of the beneficiaries of this legal change that his party introduced. One of the three cases that he had open, the Pasarela case, was closed because the investigation deadlines were exceeded, and although the Prosecutor General's Office tried to avoid it, finally the justice filed the case. Sánchez was facing a four-year prison sentence.