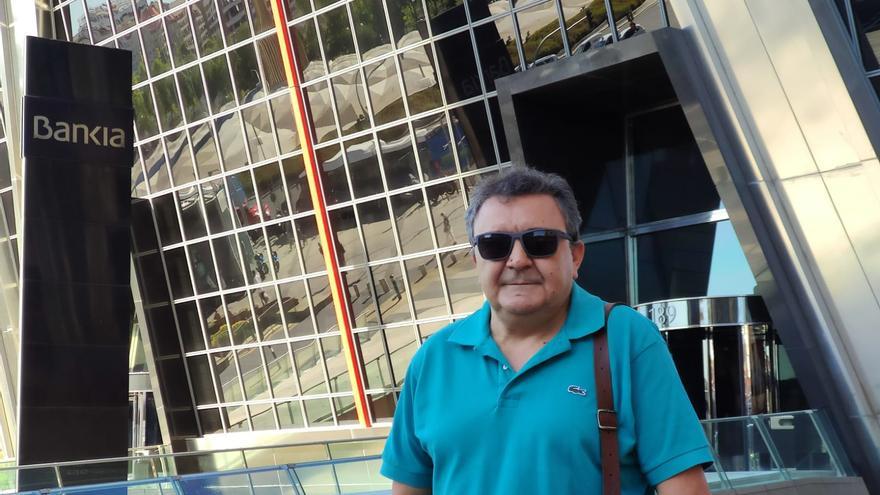 The banking sector has accumulated more than a decade with thousands of jobs lost due to the restructuring of the sector, mergers of entities, office closures and digitization processes. Now, the negotiations between Bankia and CaixaBank to join in the largest Spanish bank have returned to focus on the future of employment in banking. Manuel García is the general secretary of CCOO in Bankia, the first union in both the public entity and the Catalan one. He explains that an operation of this type has been rumored for a long time and assumes that “employment surpluses will exist”, as there are two groups that share its implementation in various regions of Spain. The union objective, he points out, will be to work so that the job cuts are as little as possible and avoiding traumatic measures, for which it will be necessary to do so in several years.

How did the squad received on Thursday the announcement that CaixaBank and Bankia were beginning to negotiate your fusion?

This was something to be seen coming. They were gossip rumors. It does not come from now but from longer. It was going to be a bank concentration if not ordered, but protected by both national and community bodies, such as the European Central Bank, the Bank of Spain or the FROB itself. Some of them had to be right, but it did not seem that CaixaBank would be the entity with which we were going to merge. The pools pointed to BBVA or Sabadell. Now we are waiting to see what can happen, but we were already digesting it, little by little. Yes, it has caused surprise by how it has been done, announcing it on a Thursday at midnight.

Finally, he points out that CaixaBank will be the entity with which Bankia merges. It is pointed out that some communities such as Madrid, Comunitat Valenciana, Murcia or Andalucía have a strong presence of both banks. Will this be more detrimental to employment than if they had opted for an operation with another entity, for example Sabadell?

No. We have just finished an integration process, signing at the end of July the agreement to harmonize the conditions of the workers who came from BMN [Absorbida en 2018 por Bankia]. What happens is that BMN was a bank that was established more in the Levant and not so much at the state level. In the case that concerns us now, both CaixaBank and if it would have been BBVA or Sabadell, have a strong presence at the state level, and it would no longer be the same as with BMN. BBVA or CaixaBank are two monsters. Perhaps Sabadell is smaller than Bankia, with a somewhat different business focused on companies, but the overlap would have occurred anyway. Duplicities will exist in all national territories.

Since it was known that the negotiation had begun between both entities, the complicated future of employment in the entity that arose from the merger was looked at. How do you face this process?

First you have to wait for this negotiation to come to fruition. There have been other unsuccessful attempts at bank mergers such as Liberbank and Unicaja. We will have to wait for the boards of directors and shareholders’ meetings, although apparently the FROB and everyone agree. First it will be the merger and then the balance of employment figures. Much data is being published, some media speak of 5,000 lost jobs and the most ominous 15,000. It will depend on whether they are figures that can be undertaken without any kind of damage beyond voluntary departures. Surpluses are going to arise and our objective will be to give the greatest possible guarantee of employment. That in future viability the salary and working conditions of those who remain are preserved. Where surpluses arise, the objective is that the voluntary departures have the greatest confidence in the sense that they can leave with dignity and tackle a voluntary nature without a doubt. It will depend on the number that is raised and if it is crazy and they want to do it at once. If there are 15,000 and in a year, it will be impossible [cubrir con bajas voluntarias], but 8,000 and in three years, it will be approachable within the difficulties it entails. We don’t know that yet, but there will be surpluses and it doesn’t make sense to look the other way. There must be staff surpluses, but we will try to make them as few as possible and within a period of two, three or four years.

In 2018, as a result of the merger with BMN, a scenario of more than 4,000 people was proposed by the company, whichwhich we finally left at 2,000. A good part of the staff of those ages [para prejubilación y bajas incentivadas] already left. There have been new people who have had their birthday since then and who will do so for the next year. CaixaBank also comes from a 2019 ERE with another 2,000 exit people. Therefore, there was already a cut two years ago of more than 4,000 between the two. It is difficult like this to talk about the outings of people with those ages. You should talk about 6,000 or 5,000 if you want to do it in a year, but we haven’t gotten around to it yet. It will be necessary to see what expectations the new company has but there were two very recent exit processes in both houses.

It is being pointed out that the cost of dismissal could be higher for a worker who comes from CaixaBank than for one who comes from Bankia. Is it correct to face the process in those terms?

Each one speaks of his harvest. The average cost per employee is cheaper than that of CaixaBank. At the moment when agreed exits occur, if they were for a percentage of the remuneration you have, obviously the cost of an average exit is cheaper at Bankia than at CaixaBank. That, which is true, could be situated at a business cost of around 63,000 euros per employee at Bankia and at CaixaBank, around 74,000. That reading exists, but it will depend on the business criteria that one faces. If it is a project to give viability and a better income statement to the group, it does not make sense to be left alone with the expensive ones when both do the same. I do not think they use the criterion of cheaper exits with Bankia employees by CaixaBank employees. We will have to find a balance, not only in terms of cost but also in productivity, territorial … The news was alarmist for Bankia employees but with effective business judgment, no one in their right mind would do that.

You work in a nationalized entity. Would your situation and conditions change in a group with a majority of private capital?

That is a very common mistake, we are not a nationalized entity, we are an entity that is majority owned by the State. There will be no difference in that sense in the change. The only difference is that the workforce, in its remuneration, between 2012 and 2015 has seen the contributions to pension plans, trienniums, etc. suspended at the time agreed by the injection of the state but then they were recovered and we are normal and current workers.

Have you already contacted your colleagues at CaixaBank to assess the process? And the companies, have they already informed you of something?

We are majority [CCOO] here and at CaixaBank, and we will lead the process. We are working on looking at our maps and our data. Nothing of official information from the company, neither formally nor informally. I suspect that next week we will have some kind of information through telematic meetings. As a union, at dawn on the fourth we already drew up a template to report both at Bankia and CaixaBank, the information will be the same.

What time horizon do you envision for the employment issue to begin in the new entity?

If everything goes like this, after the approval of the boards, it will be the turn of the shareholders’ meetings, the due diligence, the approval of estates, and the consolidation of accounts, which could be in December. Once consolidated, it would be the turn of the workforce, surpluses of central services, offices, etc. would then arise, but it would already be for the first quarter.