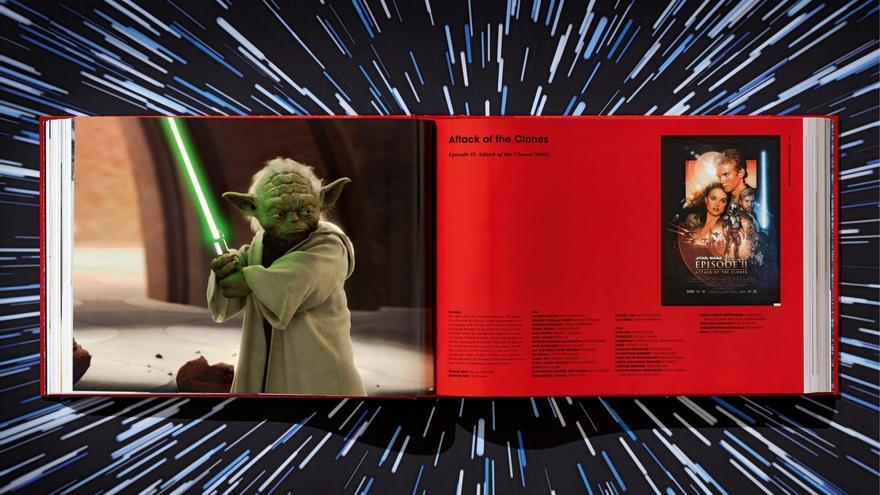 Madrid, Aug 2 (EFE) .- The editor Paul Duncan, editor of Taschen, is clear that “there should be more George Lucas” in the world and that is why in the new installment he has made about the process of creating “Star Wars. Episodes I-III “wanted to delve into” how “the filmmaker managed to create this unique universe.

This is how he considers it because, according to Efe, what the American filmmaker has achieved with “Star Wars” is not only a series of films that go beyond the fantasy genre, but has created a “symbiotic universe” thanks to the technological innovation with which he has worked, exactly what Duncan reflects in the book “Star Wars. The archives. Episodes I-III 1999-2005” (Taschen).

“Generally when you do an interview you expect the perfect answer, but when I interviewed George Lucas what interested me is that he knew he had no answers. He began to tell me about the philosophy behind these films and the symbiosis that exists between his two worlds, that of the characters and reality, “Duncan explains.

Therefore, to understand what is in Lucas’s mind, the British publisher started with an “intention”, that of finding not the “why” but the “how” the filmmaker made these films.

“I wanted to present George’s philosophy, present how movies were made and imagine how it was made in a book that shows everything he has had to create in the digital world,” he adds.

This is what this large volume and 6.4 kilos of weight shows because, according to Lucas himself in the prologue of the work, to make these films he had to “develop the necessary technology”.

“While doing ‘Star Wars’ a lot of things were out of my reach: I couldn’t show big street scenes and I couldn’t have extraterrestrial characters other than anthropomorphic figures walking the streets. I had to face certain questions: how do I create Jabba and Hutt? How do I create Yoda, who is barely 45 cm tall and make him interpret a scene in a credible way? “, Says Lucas (California, United States, 1944) in the prologue.

Questions he found an answer to thanks to the technology he applied to each of the tapes. For example, and in the case of Yoda in “Episode II”, Lucas had to create a “believable” digital replica of this “little green man” that would “look close enough” to the original puppet.

An explanation that Duncan collects in this work that also contains large photographs of those imaginary scenarios in which the main actions take place, such as the kiss scene between Padmé and Anakin in “Episode II”, places with a real base shot in New Zealand.

“I want to show how Lucas’s trip was, how he did it and how he found the characters”, clarifies the editor of Taschen, author of other books on Almodovar, Hitchcock or the previous installment of “Star Wars” in which he covers the work de Lucas between 1977 and 1983.

Regarding the characters, Duncan admits, it is difficult for him to stay with any of them, but he cannot help but express his opinion about one of the pillars of this story set in distant galaxies: Anakin.

“Anakin does not need help from anyone to create his power, and all the problems he has are caused by him, and this makes the character grow and shows what a good writer George is,” he says.

And, if something Ducan feels for the American creator, it is admiration for that “philosophy” that he has embodied in “Star Wars” and for how he works together with his team.

“I have met many people who have worked for George and they are very creative (…) He works with them very closely. That is why we need more George Lucas,” he concludes about the protagonist of this book, which is on sale for 150 euros being a deluxe edition.