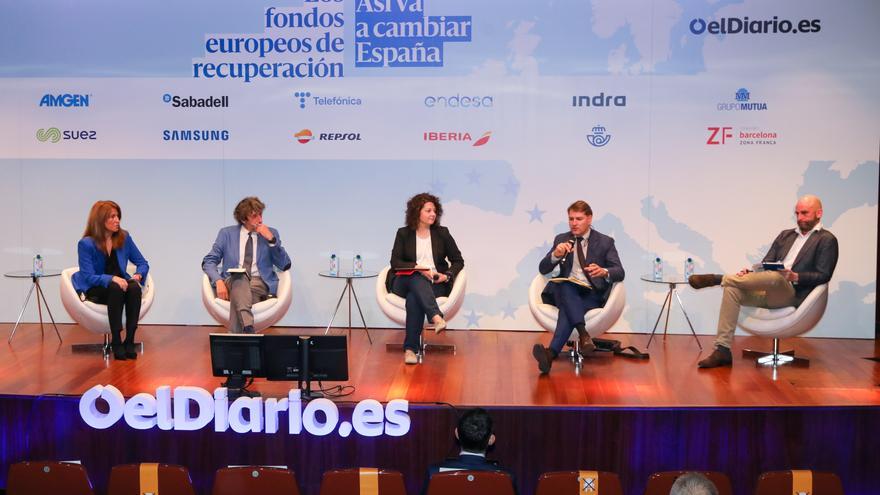 The Spanish business system is highly conditioned by the enormous weight that SMEs have in the productive fabric. For this reason, the recovery plan designed by the Government to attract European funds faces the challenge of SMEs playing a leading role in the reforms that have been carried out. “It is not a plan for large companies, it is for the entire economy and SMEs are going to benefit, said Manuel de la Rocha, Secretary General of the Department of Economic Affairs and G20 in the Cabinet of the Presidency of the Government of Spain, in the debate Forum ‘European recovery funds: This is how Spain is going to change’, organized by elDiario.es and held in Madrid.

Bringing recovery funds to the last SME is a great “challenge” but “there is plenty of room for them,” he argued. De la Rocha has pointed out that SMEs, “contrary to what many people believe”, will be the great beneficiaries of the recovery plan, which plans to distribute 70,000 million euros in direct aid, he has defined as “the most balanced in as for the number of reforms and investments it contains “of those that have been presented and will be” the most ambitious “of those sent to the European Commission.

The economist José Moisés, director of Red2Red, has clarified, yes, that the plan does not consist of providing financing to SMEs. “False expectations must be avoided,” he said. Despite this, he has defended that it will be “good” for smaller companies, although without forgetting the “challenge” that these companies suppose to reach the reform and investment programs that have been designed in the recovery plan . “I know that there will be a lot of investment made by SMEs,” he pointed out, recalling that it is necessary to improve the ways of “co-financing” with the private sector and other “important challenges” such as size and the need to seek ways of business integration.

Marta Becerra, Director of Public Affairs at Adigital, has pointed out that in Spain there is a lack of digital culture in the business fabric in general and in SMEs in particular, for which “digitization remains in the background” because the “urgent” thing is survival , although it can give them the competitive advantage to stand out from the rest.

Regarding financing, the bank will play an important role. In this sense, Carmen Urraca, director of European funds at Banco Sabadell, has defended the role of financial institutions as a way to co-finance investments and channel funds to the entire productive fabric. “We have two important advantages: we can help channel this aid and we can be an amplifier of this aid to reach SMEs and the entire productive fabric,” he argued. “The projects will have a percentage of public financing and the rest will depend on the private sector and the banks can act there,” he stressed.