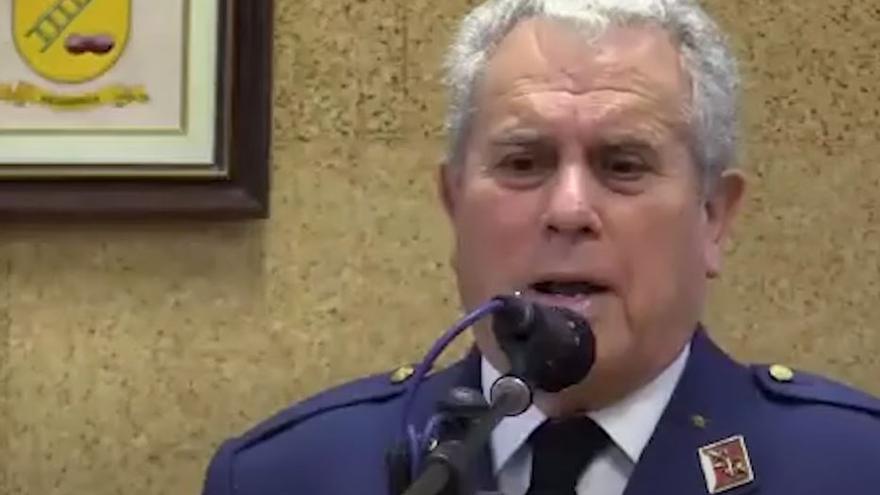 Several retired senior officers of the Air Force belong to a WhatsApp group in which death threats and wishes for coups are made. Information, exclusively advanced by InfoLibre, has already caused a shock in the Congress of Deputies. The following message was sent from the cell phone of Major General Francisco Beca: “I have read it [un libro de Pío Moa, Mitos de la Guerra Civil], as a good appearance, and if what he says is true (for me it is) there is no choice but to start shooting 26 million sons of bitches. ”

Meanwhile, this other message is sent from the mobile of retired captain José Molina: “I got up this morning totally convinced. I don’t want these scoundrels to lose the elections. No. I want everyone and their entire line to die. That’s what I want to. Is it too much to ask? ” The answer comes from General Beca’s phone: “But Curro [apodo amistoso para Molina] for them to die they have to be shot and 26 million bullets are needed !!!!!!!!!! “.

The conversations that InfoLibre has accessed also contain messages sent from the mobile phones of retired colonels Ángel Díaz Rivera and Andrés González Espinar, who exchanged these words:

– González Espinar: “Someday … the filibusters of the whore ANC [Asamblea Nacional Catalana]… they will pay for this and other things … ”

– Díaz Rivera: “Someday … someone will have to start doing something (legal or illegal) against these sons of bitches.”

– González Espinar: “What a shame … not to be active to divert a hot flight from Las Bárdenas to the headquarters of these sons of bitches ..”

Among the military members of this WhatsApp group (called ‘XIX’ in reference to the XIX promotion of the General Air Academy), there are signatories of the letter sent to King Felipe VI in November, in which more than 70 seniors Retired commanders endorsed the argument of the extreme right formation Vox against the coalition government chaired by Pedro Sánchez.

In fact, one of the members of the chat forwards an audio with the voice of Santiago Abascal in which you can hear: “They tell me that it is mandatory to greet this group. A hug to all and Viva España!”

The messages of the military chat have led the socialist deputy Odón Elorza to ask Santiago Abascal if he is involved in that action. Elorza has asked Abascal if he knows if he, his family or the Socialist deputies would be among those 26 million people.

“According to a Major General, 26 million Spanish sons of bitches should be shot? Say it. You are the ones who are igniting hatred with these comments. They are your people, those of Vox, the far right,” he added.

The secretary general of Vox in Congress, Macarena Olona, ​​has then asked for the floor to answer Elorza and ensure that they have nothing to do with that chat. He has also referred to the letter of the former military commanders to recall his defense of the unity of Spain and to point out that, therefore, those who write it have said, “of course they are our people.

Elorza has once again accused Vox of encouraging hatred so that “certain gentlemen who carry weapons write to the king and launch threats and dreams of executions in chats.”

The most active mobile in the chat was that of General Beca, who later denied to InfoLibre having sent these messages: “I don’t know if someone could have taken it away from me. [el móvil] or if it has disappeared at some point because I do not carry my mobile phone “.

As for the retired captain José Molina, he stressed to the InfoLibre journalist that it was a private chat and said that the messages were due to “a moment of anger or humor because I do not wish the death of anyone.” Captain Molina is the one who has caused the disbandment in the group by sending a warning message: “A journalist called me and she has a copy of everything said in this chat. (…) We have a mole”.

– “I prefer the Republic because we will have more opportunities to repeat the maneuvers of 36.”

– The “maneuvers of 36” “provided a few years of progress although some had a bad time. Spain is full of ungovernable people and the only possible way is to cultivate people, which is impossible with the left. It is sad but it is reality Spanish”.

– “No [fueron las únicas sublevaciones] but only those of Primo de Rivera and that of the Unrepeatable [en referencia a Franco] they brought peace and prosperity to Spain. ”

– “Spanish society is divided and the good guys are more cowardly than the bad guys today. It only remains (unfortunately) to repeat history.”

– “I don’t want to discourage you, but with words, nothing can be changed at this point.”