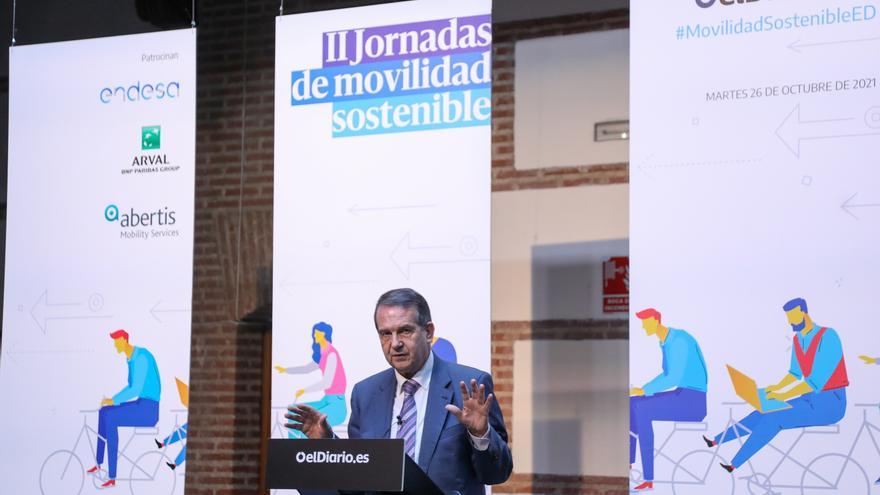 The president of the Spanish Federation of Municipalities and Provinces (FEMP) and mayor of Vigo, Abel Caballero, inaugurated this Tuesday the II Sustainable Mobility Conference of elDiario.es, in which he indicated that the world is experiencing “a paradigm shift “and a” new context with different ways of understanding society and even the planet “, which is manifested in sustainable mobility and the way we understand cities.

“In the pandemic, the world stopped and mobility disappeared,” said Caballero in the first intervention of a conference that will address how to recover those travelers who in recent times have abandoned public transport due to fear of coronaviurs. But for the mayor of Vigo, the pandemic has also recovered values ​​that “the 2008 crisis made us stop to put the value of the economy and economic recovery before the value of sustainability and the environment.” “Now we recover that value,” he insisted.

Caballero has opted for “efficient mobility and transport in large cities, freight and interurban” and has pointed out the “appearance and mistrust of some air transport energy systems that generates some doubts and is important to resolve.” An air transport that in the near future will have to compete with high-speed trains.

Along the same lines, he has indicated the need to use European transport funds to “make mobility in those directions”. Some funds, which he said, will be processed through the municipalities that have presented plans for this year for a value of 1,000 million euros. “We must intervene in the way of understanding our own urban planning dynamics in the next 15 or 20 years and start using shared transport efficiently.”

The drop in public transport, less in areas with fewer economic resources

The pandemic has dealt a severe blow to public transport in cities, which have not yet managed to regain levels prior to the health crisis. This was explained by the CEO of TMB Barcelona, ​​Gerardo Lertxundi, who pointed out that the drop in travelers was 50% in 2020 and that the recovery figures are currently at 80%. The drop has been especially noticeable among tourists and the elderly, especially on the bus, but it also depends on income. “The fall has been much less in areas with fewer economic resources, they have gone less to private vehicles,” he said at the first table, ‘Public transport after the pandemic: the challenge of recovering lost travelers.’

Donostia’s delegate councilor for Mobility and Transportation, Pilar Arana, has reported similar recovery figures, around 83%. In his case, he explained that they work “so that users have confidence” and has boasted of a “successful public bicycle system”. “We believe that part of the lost users are there.” His counterpart in Vitoria, Raimundo Ruiz de Escudero, has indicated that it will still take a few months in 2022 to reach the same levels of 2019.

The managing director of the EMT-Madrid, Alfonso Sánchez-Vicente has indicated at this same table that the most faithful age groups after the pandemic have been those under 26 years of age, with a recovery of 86%, and those over 65, with 73%. Meanwhile, 40% of users aged 26 to 65 have opted for the moment to remain using private transport. In this strip, precisely, is where the director of Business with the Public Administrations of Endesa X, Juan Garrigosa, has noticed a greater use of electric vehicles, who has contributed through public-private collaboration and aspires to implement 8,500 public charging points for these vehicles throughout Spain.