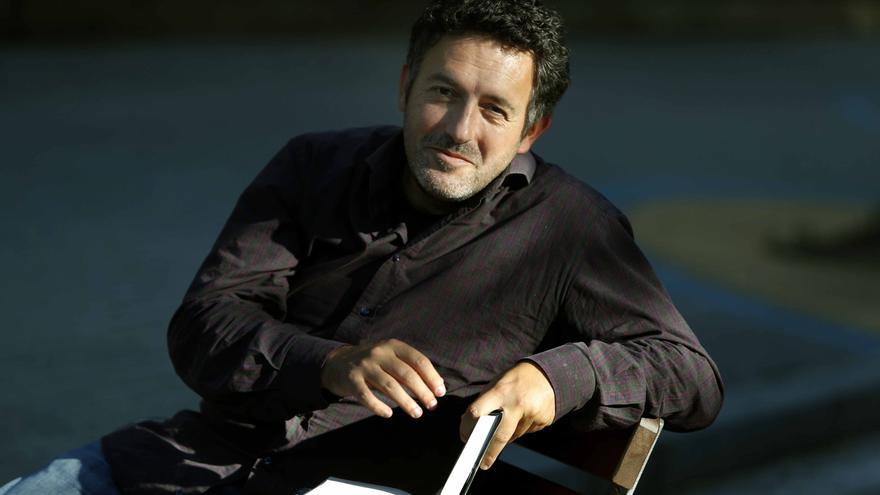 Barcelona, ​​Jun 20 (EFE) .- As soon as the interview with Efe begins, the Basque Mikel Santiago lets it fall that his new “thriller”, “In the middle of the night”, is a miracle that has a lot to do with the announcement that a early this year he would be the father of twins. Assuming the news, he started the computer and did not stop it for several months.

When he finished his previous title, “The liar”, also published by Ediciones B, he confessed that he did not plan to continue expanding the universe of the fictional town of Illumbe so soon – with a certain resemblance to Mundaka – but the phone call from his wife on vacation summer to tell him the good news upset everything because he thought that later he would be a long time without typing (as it has been).

Parents of another 5-year-old girl, Santiago thought he had to “start writing again, and it occurred to me that it should be something related to a rock band (he has always been an amateur musician) and I started in the middle of the night to finish the novel between dilations, with the hospital suitcase next to it, this January, in an epic process “.

“In the middle of the night” narrates the adventures of Diego Letamendia, a rock star in decline who is known as Diego León, who from Cabo de Gata, where he has lived for a long time, returns to his town of Illumbe to attend the funeral of one of the members of his old gang, Deabruak, who has perished in a strange fire.

The trip to the north puts Letamendia’s past back in the present, since once there everything that had been buried for more than 20 years emerges, after one night in 1999 all the band members were marked by the disappearance of Lorea, his girlfriend, without the police at this time being able to clarify what happened to her.

The first spark in history arose after more than two years ago, when they returned from playing with some friends at a concert, a boy who came from Bilbao parties appeared on the road, wearing white sneakers that saved him life, “because I, who was driving, only saw those shoes and I was able to brake and we did not kill him for the song of a dollar.”

The novel begins with a similar sequence, in which music plays a predominant role and in which, as is usual in Mikel Santiago, the reader will end up assuming that nothing is what it seems.

“The idea of ​​a boy appearing in the darkness of a road with the idea of ​​a band having a concert, got mixed up and that’s a bit the beginning of this story. The real germ is, as in ‘Return to the future ‘, that there is a night in which you did something, there was a twist and it changed everything “.

That, surely, does not hide that “it has a lot to do with the psychology that I had when I found out that I was going to have twins and that I should change house, car, everything. It is that moment of life in which there is a boom and it changes everything. ”

Talking about a rock band was “another of the great creative debts that I had with myself because I know a lot of bands and I think I can contribute fresh, original, noble material, lived things and that now I can include in a ‘thriller'”.

The novel takes place in two different times, the present, and the 90s, the “glory days”, as the novelist, born in Portugalete in 1975, calls them.

In the plot, this also allows those who were young 20 years ago to be in their 40s today, after having been participants in a moment in which their lives were changed by the disappearance of a young woman.

“This model of history works well in the mind of the reader, it is very human, because we can all wonder what would have happened if I had done something different 20 years ago? Can I change what I did wrong then?”

On the other hand, he is happy to continue “expanding the nativity scene” of Illumbe, a place that “is already like a real town, in which there are always people, with stories that will not be connected to each other, although here some characters from ‘The liar’ appear as secondary characters, which was funny to me “.

In a certain way, he argues, it is to have “the ambition to create a recognizable universe, with locations that expand, with more battlefields, since now a very mysterious sanatorium appears, which will surely appear in new novels, and then already we will create a school of nuns with their mysteries “.

Asked if he plans to see the pandemic appear in new stories of his, he affirms, forcefully, that he will avoid it and, in fact, “this story ends in February 2020 because I did not want it to be there anymore, because it seems to me that it has been a boring period , negative, bad life, a pain in the ass “.