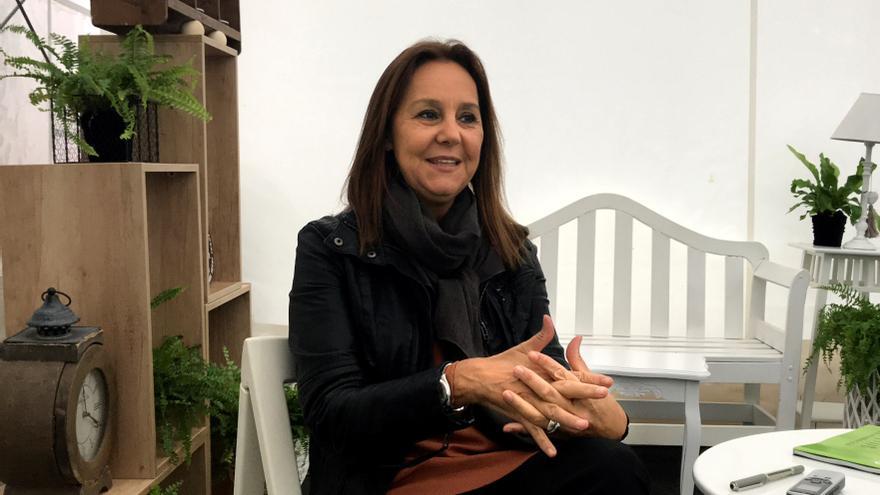 Madrid, Apr 13 (EFE) .- Twelve years after the publication of “El tiempo entre costuras”, María Dueñas recovers her protagonist in “Sira”, a novel that comes out with an initial circulation of half a million copies of this best-selling author that she says that sometimes she feels included in the prejudice that some have towards these figures.

“Sira” is published on Wednesday 14 in Spain and Latin America in what is the great launch of the season of the Planeta publishing house, after the five million readers achieved by “El tiempo entre costuras”, a novel that takes place on stages such as Palestina , Great Britain, Spain and Tangier after the Second World War.

María Dueñas (Puertollano, Ciudad Real, 1964) assures in an interview with Efe that being a best-selling writer is a great joy for her and that she is delighted.

Although she admits that sometimes she feels included “in the prejudice”: “It is a problem of prejudices, that, automatically, without stopping to read, they disqualify you, without giving you a chance, just for having many sales, it seems to me an amazing prejudice. But it does not affect me much. And it is changing, young people have less prejudice and we are going to see if among all of us we are a little more tolerant and generous and we do not hang up the label so easily, “he says.

Dueñas explains that when readers began to ask her for a continuation of “The time between seams” she considered that it was not the time and that she and Sira needed to “distance themselves a little” because of how “intense” her publication had been and the “ball of snow “that was generated with the sales and the adaptation to a television series.

His literary career continued in other directions and published “Mission forgetfulness”, “La Temperance” and “The captain’s daughters”. And it was with a fifth advanced novel that Sira crossed his path “in the most unexpected way” and decided to launch.

It was before the pandemic, as a result of a trip to Tangier, where he always comes back with the idea “that there are a thousand novels to write about the golden years of that city,” says the writer, but she knew that if she did, to be in Sira’s hand. ” And he put the other novel on hold.

Readers will find a more mature Sira than that dressmaker and spy, “a woman more lucid and in command of her life” who will also become the mother of a child that she will have to raise on her own, in complicated environments.

“I really liked composing the character of Sira as a mother like we all are, making constant balances between personal life and your ambitions and aspirations, without leaving the child apart. I think I have built a relatively modern Sira, despite being in the 1940s, “he says.

The word feminism did not enter the vocabulary of that time, but “flashes appear,” says María Dueñas, who explains that her protagonist intends to follow that trail and refuses to become the “classic prototype of woman” of the Spanish women’s section.

From the world of fashion and the patterns of “The time between seams”, Sira passes in this novel to the radio waves and journalism, always as an alibi for her operations and clandestine missions.

For this, María Dueñas has recovered “the voice of London”, the BBC radio services in Spanish that reached Spain, but above all to Latin America, with many voices of Spanish exiles from the Franco regime.

The Spanish exile in the United Kingdom – he recalls – was of a very high intellectual level, from Luis Cernuda to Pablo de Azcárate, Salvador de Madariaga, Arturo Barea and Luis Portillo, people who had to survive with collaborations in publications or radio stations. A doubly painful exile because the uprooting was joined by the fact that “their so valid careers had gone up in smoke.”

And he also makes mention in the novel of the Efe Agency in Spain at the time and the story of how his informative work began.

Historical episodes such as the attack on the King David Hotel in Jerusalem and the conflict experienced in the final years of the British administration in Palestine or Eva Perón’s visit to Spain serve as the setting for Sira’s experiences.

A visit by Argentina’s Eva Perón to a Spain cut off from the world by the dictatorship and in which hunger and repression reigned: “Franco threw the house out the window in such an ostentatious way that it is even bizarre.”

All the novels by María Dueñas have been adapted, or are in the process of being adapted, to television series – After “The time between seams”, “La Temperance” has just been released and “The captain’s daughters” is the screenwriters phase – and its author says that they are already knocking on the doors of “Sira”.

But he considers that it is still early to think about it, since he wants the book to have its journey before, although he remembers that Adriana Ugarte played a “magnificent” role as Sira.

“Sira” ends with an open ending that “can serve as a closure or to continue” with the adventures of its protagonist: “Neither she nor I know yet,” she says.