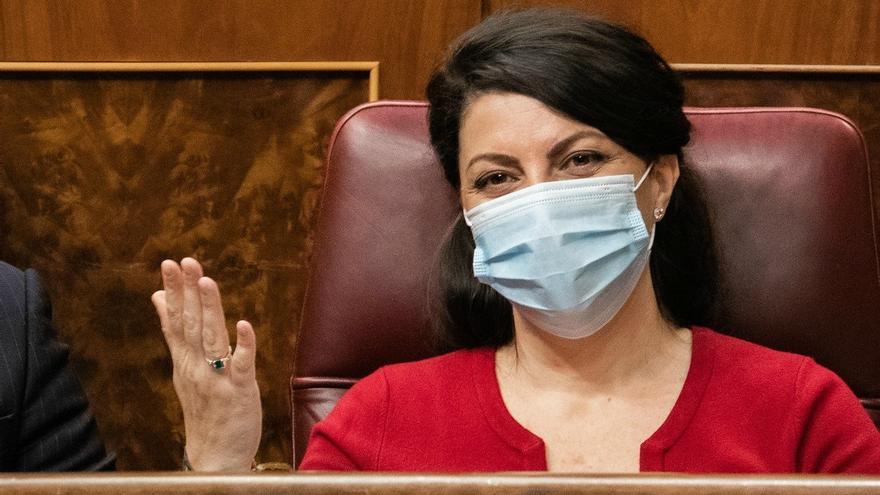 Vox wants Donald Trump to be awarded the Nobel Peace Prize. He wanted it in September, when MEP Jorge Buxadé registered a petition to that effect in the European Parliament, and he still wants it now, four months and an assault on the United States Capitol later.

The spokeswoman for the far-right group in Congress, Macarena Olona, ​​has considered this Wednesday during an interview on the program ‘La Hora de La 1’ that “the reasons that led to requesting the award of such extraordinary merit are still valid and not there has been no subsequent event that undermines the granting of that recognition. ”

Olona does not ignore the assault on the United States Capitol on January 6. “We do not hold Donald Trump responsible for what happened, because the manipulation from all the media regarding the speech that Mr. Trump has been maintaining has been evident. When we hear Mr. Trump make an appeal to the public, at all times there is talk of a peaceful mobilization “, he justifies.

A call for a peaceful mobilization, according to Olona, ​​in which Trump used phrases such as “we will fight like demons and, if we don’t, you will never have a country again” and in which he harangued his followers to “go down to the Capitol “, just before they came down, and stormed him, assuring them that he would be with them. A promise that he broke. A few days earlier, the outgoing president had already used similar terms: “They are not going to take this White House. We are going to fight to the end,” he said at a rally in Georgia on Monday, January 4.

The Vox spokeswoman also affirms that later “there is not a single word pronounced by Donald Trump that justified it.” “He has strongly condemned it,” Olona said. While the assault was taking place, Trump wrote on Twitter that “this is what happens when an electoral victory is taken so brutally from great patriots who have been unfairly treated with love.” A message in which it seems clear that he justifies the assault on the Capitol, despite the fact that he asks his followers to go home “with love and peace.”

Olona provides another argument in favor of awarding Trump the Nobel Peace Prize: “Since 1980, for example, he is the first president of the United States who has not led the Americans to war.” An argument that limps if we take into account, for example, that during the Clinton and Obama administrations, Congress did not authorize new wars, but instead continued those that were already underway. Or that Trump equaled the number of drone strikes in Yemen ordered by Obama in eight years in 16 months.