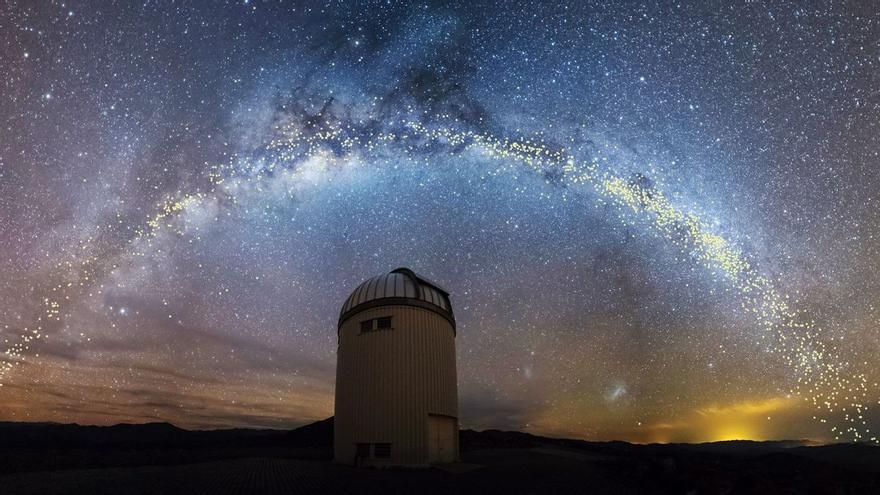 Astrophysicists Lisa Kaltenegger and Jackie Faherty of the Carl Sagan Institute have attempted to answer this question through a meticulous analysis of our stellar neighborhood. As these scientists argue in an article published this Wednesday in the journal ‘Nature’, there are only 1,715 solar systems that, if they had life, could have detected our civilization. Y there are only 29 planets that, in case of harboring a way of life similar to ours, they have been in a position to see the ups and downs of humanity in the last 5,000 years. And there are only 75 star systems that, if they had enough technology, could have detected the radio waves that our species started emitting about a century ago. Another thing is that, indeed, there is someone for the work.

The research takes as a reference the data collected by the Gaia mission of the European Space Agency (ESA), which has managed to draw the Largest and most detailed map of the stars to date of our galaxy, the Milky Way, and beyond. Thanks to this stellar catalog, the researchers identified 2,304 stars that, at some point since the adventure of the ‘sapiens’ began on the planet until now, have had the Earth in their sights. Since the Anthropocene began (at which time our species began to make its mark on the planet, and on the climate, with the start of the industrial revolution), we have been in sight of 1,424 solar systems. And in the next 5,000, in addition, there will be about 319 more star systems that will be in the right position to glimpse the transit of our planet in front of the Sun.

360-degree view of the galaxy of which the Earth, the Milky Way and its contours are a part. THAT

However. Behind these calculations there is a common unknown. And no, it is not whether or not extraterrestrial life exists. But if that civilization has the technological tools and the will to seek life beyond its own confines. The calculations published in ‘Nature’, in fact, start from the premise that “past, present and future stars that can see Earth as a transiting exoplanet“This implies that, if life forms existed, they should have reached the same conclusions as our species. That is, the existence of a planet can be detected from variations in the brightness of its star. And that from there they have had the cunning to deploy knowledge of astrophysics and astrobiology to detect our footprint on the planet.

This study is not the first, nor will it surely be the last, that attempts to delve into the fascinating debate of the existence of extraterrestrial life. In 1961, the American astronomer Frank Drake, president of the SETI institute, translated this debate into a famous equation. The scientist estimated that if we take into account the rate of star formation, the fraction of stars with a planet, the worlds located in the habitable zone of their star, the percentage of planets that could have developed intelligent life, the number of possible civilizations that they could have developed sufficient technology to communicate with the universe and the total existence of that form of life … the total count is negligible. The Drake equation, in fact, estimates that There are only 10 possible civilizations that we could (or could) detect life beyond its confines.

In case there is intelligent life on the planets around us, they may become aware of our existence thanks to the messages we have sent to the cosmos. The first, launched on March 2, 1972 from Cape Canaveral aboard the Pioneer 10 mission, already has traveled billions of miles direction Jupiter. The probe travels with the message devised by Carl Sagan and Frank Drake inscribed on a gold plaque. The slide shows the picture of a man and a woman, a map to find the earth within the solar system and a diagram representing a hydrogen molecule, the most common element in the universe. This message is designed to try show the benevolent and collaborative character of our species. The question is: has anyone already read it?

Tags: 29, case, lifetime, planets, there are