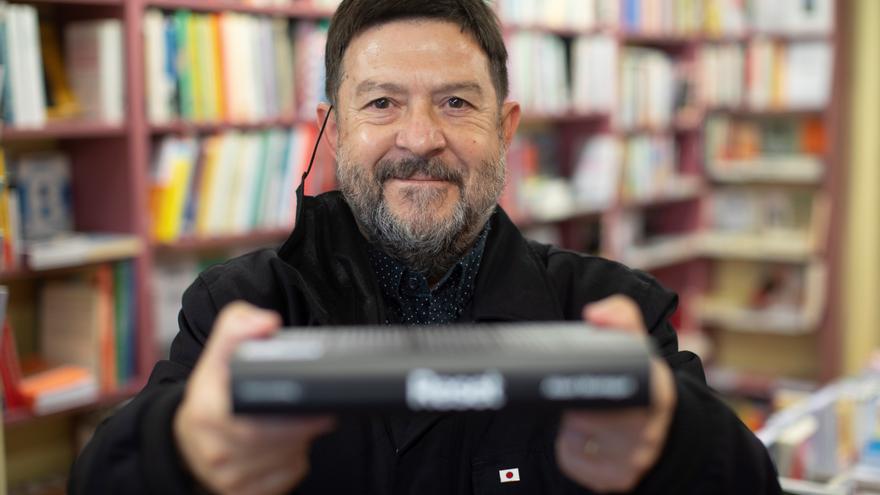 Barcelona, ​​Mar 13 (EFE) .- Is there a lack of valuable content in the media? … The journalist Albert Montagut, who has just published his new book “Reset. How to conclude the digital revolution of journalism”, assures convinced before the question: “Yes, of course, because there are many informants and few journalists.”

“Reset” (Galaxia Gutenberg) gathers the vision of directors of global publications, journalists with varying degrees of responsibility in their media and some of the best digital analysts, who expose the main challenges and possible solutions for useful and profitable journalism .

The book, which collects aspects of the author’s doctoral thesis at the UAB, starts from the premise that after almost two decades of convulsions in the media due to the impact of the internet, with historical errors such as offering free news, it is time to conclude this cycle and do a “reset”; a reboot or reset to start over.

Starting over does not mean doing it from scratch, but “based on the wisdom that comes to us from the past” -assures the author in an interview with Efe- and, in this sense, recommends to young journalists that there is no incompatibility between being digital and the fundamentals of traditional journalism.

Montagut, with extensive experience as a reporter, editor-in-chief and director in media such as El País, El Mundo de Catalunya, El Periódico and ADN, emphasizes that the important thing in journalism is still the content, and not the platform from which it is transmitted.

And it also sends a message to the most veteran journalists: “I believe that digitization can improve traditional journalism. It is more laborious, yes, but you can deliver better stories and have them read by many more people. Without also counting on immediacy.”

In the light of the testimonies collected in Reset, Montagut considers that, to complete the digital change in the media, “what journalists need is leadership, a perfect conjunction between the editor, the director and the financial manager”.

“If they are united and focused on digital growth, the newsroom will motivate itself,” says this journalist, who with today’s perspective sees as “an absolute mistake” that for years the media have had two separate newsrooms -the one of paper and digital – because in the end “everyone had to go towards fusion”.

“Seniors must improve their digitization and juniors simply go out more. Newsrooms are full of reporters with fixed schedules … Journalism is a matter of rhythms, of drive, of an atmosphere of illusion. And all that may be you don’t learn at university, you learn on the street, “he adds.

“And it’s true, there are many reporters and few journalists,” asserts Montagut, who believes that younger journalists need to know that journalism “is a profession, a way of life, not a simple and routine job that is done from a table with screens “.

Because – he emphasizes – “reporting is one thing and doing journalism another. The informant transmits some data, the journalist improves it, increases it, analyzes it and explains it in an attractive way.”

Since his time as a correspondent for El País in Washington, an admirer of the best tradition of North American journalism, he illustrates it with an example: “When Kennedy was buried, thousands of journalists covered the events, but only one went to Arlington to interview the waiter who did the ditch where they would bury the president. That’s the difference. ”

And it adds another problem: the “scourge” of COVID-19 journalism, which despite assuming a “forced digitization” has left newsrooms empty and reduced street journalism.

“The editors will return, but they will be much less and more digital. The newsrooms will have conference rooms, cafeterias very different from what there were until now and many issues will be dispatched in coffee bars …”, believes the author of Reset.

“Those scenes in newsrooms full of tables that were only occupied a few hours a day I think they will not return. It will be the work of the editorial staff and their directors to maintain reporting. With precautions, more and more people will be able to go out to the streets to make information “, he concludes.