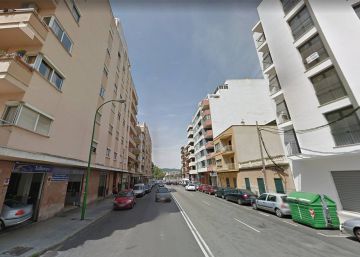 The 14-year-old girl who reported a group violation in Palma last Christmas Eve He said in his complaint that they had tried to prostitute him hours earlier in a bar in the Son Gotleu neighborhood, where several men of legal age offered him money in exchange for sexual intercourse. The girl went to present the complaint in the National Police of Palma accompanied by a worker from the reception center where she has lived for years. The Mallorcan Consell has 16 minors (15 girls and one boy) under his protection who have been victims of child sexual exploitation. Some came to guardianship for being victims of this crime and others have suffered episodes of exploitation while in charge of the administration. The Consell does not specify how many have been victims while under guardianship.

Legal sources confirm that the minor explained in her complaint that before going to the property where the sexual assault allegedly occurred, she had been in a bar in the Son Gotleu neighborhood in which several men had invited her to alcoholic beverages and had offered money in exchange for sex.

The social worker who accompanied the child to file the complaint warned that the girl had escaped several times before and had gone to an apartment in the area of ​​Son Gotleu, which was also the afternoon before the sexual assault, what was recorded by one of the minors arrested in this case. The National Police and the Juvenile Prosecutor’s Office continue to investigate what happened last Christmas Eve on the floor of the Camp Redó neighborhood where the events occurred. There are currently six minors investigated for an alleged crime of sexual assault, and a minor girl and a 19-year-old as necessary cooperators of the crime. From the Mallorcan Institute of Social Affairs (IMAS) they are considering the possibility of moving the girl to a sheltered center of the peninsula, a decision that is adopted as an extreme measure in cases in which it is necessary to remove the victim from an environment hostile to protect her.

“They are very vulnerable young people”

Precisely, the Mallorcan Institute of Social Affairs (IMAS), which has the powers over supervised minors, has admitted Monday more cases such as this last victim. Its president Javier de Juan admits that there are episodes of minors who have suffered situations of child sexual exploitation while they were under the guardianship of the administration. “There are boys who already came with this problem and there are others in whom the abuse has occurred in any of these outings. They are very vulnerable young people and there are sexual exploiters who know they can exploit that vulnerability, ”he says. The protection centers are open regime, minors lead a normalized life and sometimes do not return at the agreed time. “What we try is to work from the link and pedagogy. Sometimes it succeeds and sometimes not so much, ”Juan emphasizes.

The IMAS protocol establishes that when any professional of a protection center has suspicions or indications that a minor may be a victim of child sexual exploitation, he must gather all possible information and prepare an incident report. “When we identify these situations, the abuse assessment unit is passed and, in the event that this circumstance is credible, it is transferred to the prosecution, National Police or Civil Guard,” says de Juan. Currently, IMAS has 16 minors under its protection who have been victims of child sexual exploitation. Two of them are in centers outside the Balearic Islands.

The case reported by this minor has recalled the so-called case Nancy by which the members of a network of child sexual exploitation that acted in the Balearic capital were judged at the Provincial Court of Palma. His leaders were sentenced to 59 years in prison for capturing several minors who were hooked on drugs and then induced prostitution with adults. Nora, one of those under the age of 16, died from an overdose in her home portal. It had been captured two years earlier by the leader of the group, a woman who introduced the victims into a network of sexual exploitation with other members of the group and with youth and retirees who wanted to maintain relationships with adolescents.