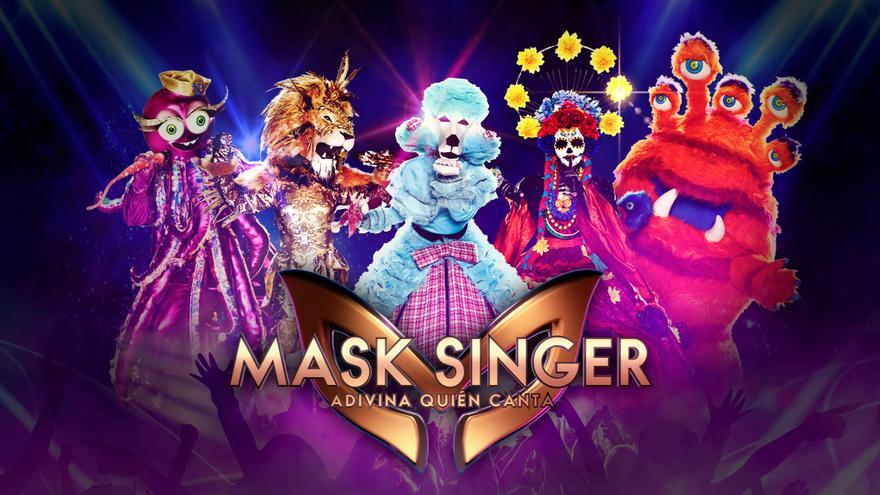 Madrid, Dec 26 (EFE) .- “The island of temptations”, “Mask Singer” and “Survivors” were three of the most searched topics on Google in 2020 that, after running out of the reality par excellence – “Big Brother “-, he filled the grid with original proposals such as” Mask Singer “or” La Voz Senior “and rescued jewels such as” Who wants to be a millionaire? ”

In a difficult year for everyone, television gave a twist to its programming with original proposals and, in many cases, different from other years as a consequence, on the one hand, of the global pandemic and, on the other (and putting the focus in Mediaset), due to the absence of “Big Brother”.

MEDIASET IS REINVENTED AND OPENS THE DOOR TO NEW REALITIES

With the “Big Brother” brand out of the game after the controversy over the alleged sexual abuse of a contestant in 2017 in the “Big Brother Revolution” edition that left reality without advertisers, Mediaset had to reinvent itself and seek new entertainment spaces with the to conquer the audience.

Thus came “The island of temptations”, the reality show that tests the love of several couples through dates with singles with whom they live in paradisiacal villas in the Dominican Republic. The format broke historical audience records, became a phenomenon in social networks and made the public forget, in a way, “Big Brother.”

A success that Mediaset did not want to get off of, confirming up to two more deliveries, one for the autumn of 2020 and another for 2021, both presented by Sandra Barneda, who replaced a Mónica Naranjo who left the bar very high with 30% of ” share “and almost four million viewers in its last broadcast.

From one beach to another “Survivors” arrived with the most extreme edition of all those made since it was recorded in February with a tremendously adverse Honduran weather. Jorge Pérez’s victory and the spectacular edition reached an average share of 29% and 3.5 million viewers.

Two out of two for Mediaset that, with the pandemic becoming the protagonist, the reality show “Solo / a” was pulled out of its sleeve, in which a single contestant lives isolated from the outside in a small apartment, and two editions of “La casa fuerte “, a version of” Big Brother “with celebrity couples fighting to keep their money and their status on the show.

“Operación Triunfo” returned with its eleventh edition at the beginning of January and had the youngest generation in the history of the program and, based on what was seen in the following weeks, the most controversial.

There was music and also controversy over the attitude of some contestants, but what stood out, in addition to Nia Correia’s victory, was the arrival of the coronavirus. The confinement forced it to interrupt its broadcast and develop a final stretch without an audience on the set, making the program run for five months.

Something similar happened with the eighth edition of “Your face sounds to me”. The successful program, which this season featured Mario Vaquerizo, Belinda Washington, Jorge González, El Monaguillo, Gemeliers or Rocío Madrid, among others, was left halfway through its recordings, being forced to wait until December to close the edition, almost one year after its premiere.

THE REVELATION OF “MASK SINGER” AND THE RETURN OF GREAT TITLES

“Mask Singer” has caused a sensation wherever it has gone. In this 2020 he arrived in Spain with the incentive of that success in other countries and claiming that it was “the best kept secret on television”, a starting point that attracted the public from its first gala.

With an average share of 23.3% and 2,880,000 viewers in its galas (so far) broadcast and with more than 30% at the time of unmasking the characters, the contest has become, together with “La isla of temptations “, in the star program of this 2020 and a real” boom “in social networks.

Along with this, Atresmedia also hit the spot with the return of two legendary programs on the chain: “Pasapalabra” and “Who wants to be a millionaire?”. The return of the rosco program, with Roberto Leal as master of ceremonies and a renewed image, together with the special of the classic millionaire contest have been, without a doubt, two of the titles of the year.

Finally, 2020 has also been a year in which the chains have taken advantage of the success of some of their formats to launch themselves into creating new versions. RTVE and Shine Iberia have not wanted to miss the “MasterChef” vein and have issued up to four editions of the culinary talent in this 2020.

In addition to the adults and the ‘Celebrity’, this December they wanted to bet on the “Junior” and the new “MasterChef grandparents”, a special as a tribute to the elders of the house. Along the same lines, Atresmedia has returned with the second edition of “La Voz Senior”, this time with Antonio Orozco, Pastora Soler, Rosana and David Bustamante as coaches.

Along with them, the “Idol Kids” format, whose main asset (more than children) was having Isabel Pantoja on the jury, became the only ‘junior’ talent of Mediaset and, therefore, a program to be highlighted within of the group’s television programming in this 2020.