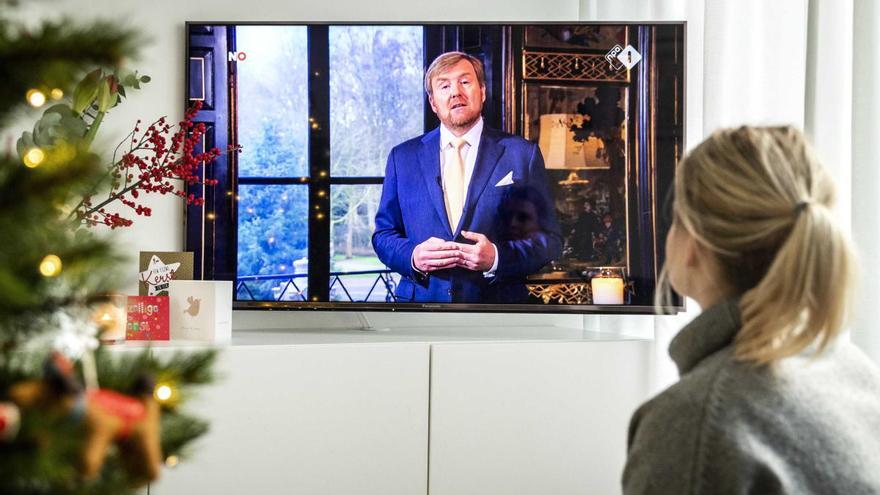 This has been the year of screens, the strength of television and the audiovisual ecosystem due to confinement and increased stay at home: the average daily television consumption has been 240 minutes (linear and delayed) per person per day, 22 more than in 2019.

This is one of the conclusions of the report in which Barlovento analyzes this year’s television-audiovisual industry (consumption, advertising, results of communication groups, etc.) and offers audience data as of December 25.

This context of exceptional social and economic uncertainty due to covid-19 has caused, in addition to an increase in television viewing, an increase in other consumption, those included in the concept of “other uses of television” (internet, play and video games), which has weighted 29 minutes as an average daily, which represents 14 more minutes, double last year.

Therefore, this sum indicates the strong consumption of television in this year: 240 minutes of “linear (that consumed at the time it is broadcast) and delayed”, plus 29 minutes of “other uses of television” add up to a total before the television of 269 ​​minutes per person per day: 4 hours and 29 minutes.

These figures had not been reached since 2012: in that year the absolute record for television consumption was achieved with 246 minutes, four hours and six minutes per person per day.

But as of 2012, traditional television viewing was tempered by the economic improvement and by the irruption of new forms of consumption through audiovisual distribution companies by “streaming” and by other forms of digital media and internet links.

And if something should be especially highlighted this year is the month of April, the highest consumption in history, with some exceptions: 302 minutes per person per day, 5 hours and 2 minutes on average (292 linear minutes and 10 delayed).

Record of record in the history of audience measurement, but the effect of the pandemic and confinement has also generated a significant decrease in advertising investment 2020. Advertising, the essential nutrient of the television economy, has suffered a loss of about 400 million euros relative to 2019 investment: from 2,003 million last year to an estimate of around 1,600 million euros for 2020.

Mediaset and Atresmedia maintain their hegemony in advertising revenue by obtaining 85% of the total and a 55% audience share.

In audiences the data remains unsurprising: Telecinco is the most watched channel For the ninth year in a row and Antena 3, for the third consecutive year, is the leader in news programs and increases its distance from its competitors. Telecinco reaches 14.6% screen share, although it decreases two tenths of a point in relation to the previous year. Antena 3 signs an 11.8% share, which represents an improvement of one tenth more than in 2019.

The 1 of TVE registers 9.3% of quota, which is one tenth less than in the previous year and represents its annual historical minimum for the second consecutive year. Then there are the thematic pay channels – they already bring together almost 8 million subscribers as subscribers to their offer made up of almost 80 channels -, with 8.4%, which is their annual record, four tenths more than in the year preceding.

Television consumption through the payment option – satellite, cable or IPTV – represents its new annual record with 26.4% of the total. One of the reasons for the increase in television consumption on payment platforms such as signal distribution is largely due to the exceptional fiber optic installation capacity by Telefónica.

The total Internet audience was 32.2 million Internet users, representing 814,000 more people – 2.6% more – than in the same month of the previous year. The recorded browsing time was 174 minutes (about three hours) per visitor per day, one minute less than in October 2019. If the internet consumption metric is compared with that of television consumption, per person television (4 hours and 15 minutes on average) loyalty more time than internet (2 hours and 25 minutes).