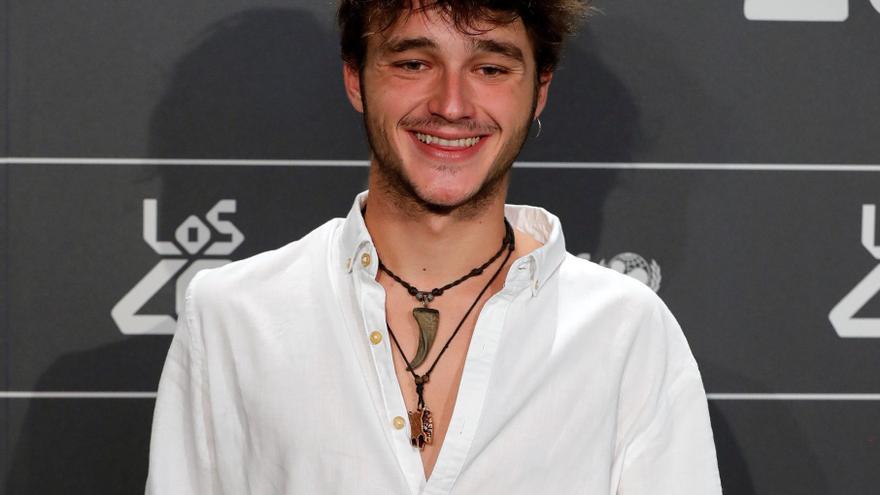 Madrid, Jun 13 (EFE) .- Pol Granch's victory in the talent show "Factor X" was the first sign that there was a star in the making, with a very marked personality that he let out in his recording debut that now seems about to explode with new songs and his jump to "Elite", one of the great series of world fiction.

"I do not believe anything of what is happening. We are on top between some things and others and that is why I believe that this is the first year of Pol Granch seriously," he comments in a talk with Efe, before acknowledging that his transition to world of interpretation has not been easy. "I entered very shit, because it is another world, but I have been learning from everyone and now I feel more comfortable," he says.

The public history of Pablo Grandjean (Madrid, 1998) begins with his participation in the first and only edition of the "Factor X Spain" contest in 2018, under the tutelage of Laura Pausini and covering topics such as "The site of my recreation "by Antonio Vega or" I want to die "by Francis Cabrel.

After his victory, the first songs composed by him arrived, such as "Late", also for other artists such as Sergio Dalma, until the publication in 2020 of his first LP, "I have to calm down" (Sony), a title that said a lot about his personality and his moment.

"Everything came to me suddenly, it was crazy to live from day to day. Now I can see where I am and think about the project in the future," he says, something that he attributes to maturity, learning, better communication with his team and the covid-19, which has made him "put his feet even more on the ground" more to realize where he is. "And how far can I go", he adds.

One of those places of destination has been "Elite", specifically his fourth season, which opens on July 18 with him as part of his cast with hardly any notions of interpretation on his resume.

"As a joke, we talked to the team that I hit a lot in the series. An offer came to me, but after the test they said no. So we released the album with those videos in sequence and they must have seen something, because they told me again. call, "he recalls.