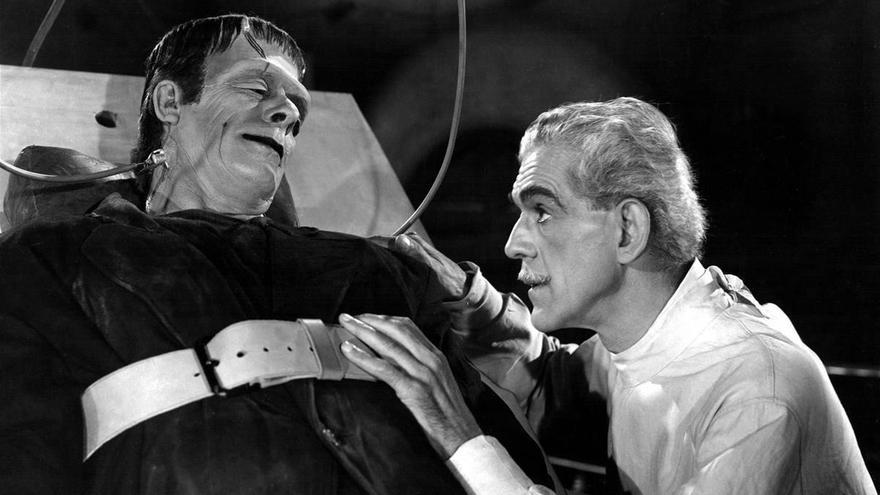 In 1815, the greatest volcanic cataclysm ever recorded by humanity took place: the eruption of Mount Tambora, north of the island of Sumbawa (Indonesia). It caused a series of natural disasters, such as a tsunami that washed away the coast of Bali or an ash cloud that covered the Indochina peninsula causing radioactive fallout. According the official data, more than 70,000 people died from the volcano and the effects derived from it, but the number increased in the following years due to famine as a result of the lack of crops and diseases such as cholera.

A year later the consequences were still being felt, not only in Southeast Asia. 1816 was known as "the year without a summer", as the large amounts of sulfur dioxide in the atmosphere caused temperatures to drop by as much as 2.5 degrees Celsius throughout England and Europe. "The rings of the European oaks point to it being the coldest year in the Northern Hemisphere since 1400", holds Brian Fagan, Emeritus Professor of Anthropology at the University of California, Santa Barbara. The natural catastrophe came shortly after the end of the Napoleonic Wars with the defeat of the French army at Waterloo. Europe was devastated and, as the recovery began, it ended with a veil of dust in the sky.

That same summer a group of British romantic authors thought it might be a good idea to go to southern Europe to escape the cold and fog of London. These were Lord Byron, accompanied by his physician and assistant William Polidori; and the couple made up of Mary Godwin Wollstonecraff and the poet Percy Shelley, who were accompanied by the first's half-sister, Claire Clairmont. The group ended up at the Villa Diodati, a Geneva mansion at the foot of Lake Geneva that served as a meeting place for European thinkers. However, the welcome would not be exactly warm.

"The summer was cold and rainy, and at night we gathered by the warmth of the fireplace and entertained ourselves by telling each other stories of ghosts of German origin that by chance had fallen into our hands," wrote Godwin herself of that meeting. Was referring to Phantasmagorian, a compilation of stories written by Friedrich August Schulze about apparitions and specters. That environment together with unusual weather phenomena, such as amazing sunsets or strong storms, served as inspiration to a series of authors precisely raised in England at the end of the 18th century, at the height of the Gothic narrative.

"These narratives inspired us, by way of amusement, the desire to recreate them. In the company of two friends, we agreed that each would write a story based on some supernatural event," Godwin narrates. The game, proposed by Byron, consisted of each of the authors retiring to a room in the mansion to write a horror story to share them in the following days. There are different theories of what happened then, such as that opium and wine made their appearance in some of the evenings, but the only thing clear is that the talks between the group of friends were very intense.

"In the course of one of them various philosophical doctrines were discussed, and among other things the nature of the principle of life and whether there was any possibility that it would ever be discovered and infused into it; Dr. Darwin's experiments were discussed "Godwin relates. It refers to Erasmus Darwin (1731-1802), grandfather of Charles Darwin, who among other things surprised the author by his research with a microorganism called vorticella that the author mistook for a type of pasta called vermicelli. "By some means it began to move due to a voluntary impulse," he continues, believing that it was "a noodle" that had come to life. A very fortunate confusion for what would come shortly after.

Byron managed to write only a fragment of a story titled The burial, in which a blue-blooded aristocrat accompanies a young man during a trip to Turkey that did not end too well for the bourgeois: he died in a cemetery, but not before promising that he would return from the dead. But who completed the story was not the original author of it, but his doctor, Polidori. Just as it was born The Vampire (1819), which although it did not convince Byron, ended up marking a before and after in the symbolism of this fantastic character. The folkloric vampire of epidemics, usually related to the figure of a farmer with fetid breath and a three-day beard, was then replaced by the aristocratic vampire who was also literary and had a seductive voice.

Since then, several works on the bloodsucker have followed, but the true revolution of the myth would not come until almost half a century later. Dracula (1897) by Bram Stoker laid the foundations of the modern vampire: stakes, garlic, his weakness for religious symbols ... The Irish writer knew how to synthesize various vampiric themes and create a whole universe with its own significance within the genre, also mixing the vampire of folklore with the Byronian.

Meanwhile, and returning to Villa Diodaty, Mary Godwin was still out of ideas. But, perhaps influenced by the talk about Darwin and his experiments, what seemed like a nightmare or a hallucination ended up becoming his source of inspiration. "By putting your head on the pillow [...] I saw the horrible ghost of a man unfold, who then, under the action of a certain powerful machine, gave signs of life and stirred with clumsy semi-vital movements, "says the writer. All of this was captured in a short story that Percy Shelley, after reading it and checking its potential encouraged him to develop. What came to light was one of the great milestones of the horror novel: Frankenstein or the modern Prometheus (1818).

Either out of fear of reception or feeling like it was a minor book, Mary Godwin (who took Shelley's last name after marrying Percey) decided to publish Frankenstein anonymously. The only clue was a preface written by her husband and a dedication to her father, the philosopher William Godwin. Still it was rumored that it was written by a woman, hence criticisms like those of British Critic: A New Review, they called to discard the novel because the author forgot in it "the sweetness of her sex." They didn't do much good. The work achieved rapid recognition, even having theatrical adaptations, and already in the second edition in English, published on August 11, 1823, the name of Mary Shelley occupied the cover.