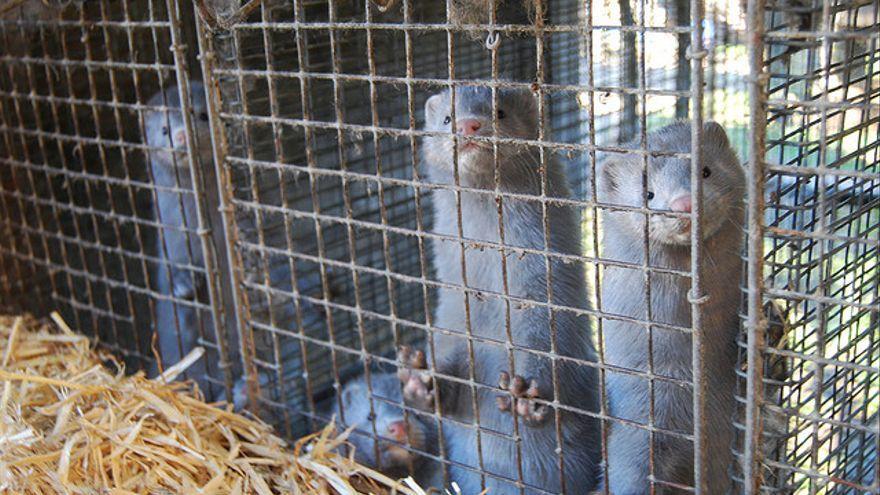 Galician mink destined for the fur industry does not represent, at the moment and according to the Xunta de Galicia, a risk for the transmission of coronavirus. The Galician Government affirms that the incidence of the virus in the 26 farms that exist in the community, 80% of those of the whole State, is “nil”. But it has only carried out tests in four of them, that is, in 16%, all negative, according to the administration’s own data collected by the environmental association Adega. Although the European Union has recommended to test workers and animals from farms after finding a mutated strain associated with these animals in Denmark, Galicia limits itself to applying the ministry’s protocol, by which only those where “symptoms compatible with the presence of SARS have been detected are analyzed.” CoV-2 “or by” the existence of positive diagnosed contact persons “.

The Galician Government explains to elDiario.es that, “since the first information received from the Netherlands in relation to infected mink farms”, it has maintained “permanent contact” with the Galician fur sector. And he assures that this communication “influenced the increase of biosafety measures.” The Galician Association of Mink Breeders (Agavi) confirms this relationship. “Strict biosecurity protocols were activated on the farms and all workers in the sector who are in contact with animals have individual protection equipment,” says Agavi. Galicia concentrates 80% of the mink farms in the State.

But last week the European Center for Disease Prevention and Control, an agency of the European Union, established more rigorous recommendations and called for testing mink and farm workers. In the background, the Danish events. The Xunta responds that it already applies the protocol drawn up by the Ministry of Agriculture and in which the Galician administration “actively collaborated.” “The official veterinary services of Rural Environment”, he adds, “are currently making visits to all mink farms in our community in order to check the biosecurity conditions of the farms, specifically in relation to the coronavirus.”

For Adega it is not enough. “Despite having full powers in livestock, the Xunta once again unloads on the State the responsibility of taking measures on farms against the coronavirus,” it indicates in a statement, “when there is evidence of COVID transmission through the minks of farm in both directions, and even the presence of new strains. The expansion of one of these could compromise the efficacy of the vaccines that are being developed at the moment. ” Another environmental organization, WWF, demanded that the central government “proactively” track “asymptomatic minks” which, based on a scientific study carried out in the Netherlands, can transmit the virus without showing symptoms. Adega and WWF, together with similar entities, also demand the closure of the farms.

The Department of Rural Affairs, however, marks distances from what happened in Denmark or the Netherlands. “The structure of the sector has nothing to do with the density of farms and animals,” he argues. There are 17 million animals that are going to be slaughtered, raised on 1,200 farms. In Galicia, there are 26 farms according to the data of the Xunta –31 according to the ministry– and “81,500 breeders”. Agavi agrees and assures that the differences also have to do with the fact that in Galicia “there is no hiring of temporary workers from third countries” and because “the few existing farms are isolated from the other farms and population centers”.

“Is it a matter of time before it also happens here?”, Asks Rubén Pérez, from the Libera! Animal rights activists, referring to the events in Denmark, “well, let’s hope not, but no precautionary measures are being taken either.” Release! Thus, he asks the Xunta de Galicia for prevention in “the dozens of enclosures that crowd thousands of minks to peel off their skin, a business that can create a rapid spread of infections in peripheral areas to its location.” As an example, he points out the City Council of Abegondo (A Coruña), where there are six farms, or that of Carral (A Coruña), with four. The BNG has spoken in the same direction.