But this will only be a temporary system until the technology necessary to charge per kilometer is developed. One cent is shuffled for each kilometer traveled in the case of passenger cars. But the chosen formula has upset the Xunta. The Regional Ministry of Infrastructure, Ethel Vazquez, warns that paying per kilometer will be a “condemnation” for Galicia due to its “peripheral situation”, while, on the contrary, it benefits other communities such as Catalonia or Euskadi, which will be able to place their goods in the rest of Europe without bearing such tolls. elevated.

“A tariff per cent per kilometer like the one that the Government of Spain intends to impose would condemn Galicia and substantially benefit Catalonia and the Basque Country in the European market”, warned the Minister of Infrastructure, who also censures that the central Executive wants to impose payment on the highways “unilaterally.” ”

At first, it transpired that the payment on highways would be made through a vignette, a kind of fee that would be charged regardless of the kilometers traveled. However, as the newspaper El Confidencial anticipates, this system will only be in force as long as a payment system per kilometer is not implemented, for which it is necessary to tender a technology, similar to that which already exists in the Portuguese highways, that allows control by cameras the distance traveled by each vehicle and charge the driver for it. This model is particularly damaging to Galicia due to its peripheral situation. If a cent is charged per kilometer traveled, each Galician will have to pay almost 6 euros to travel in his car from Vigo to Madrid or about 12 euros to go to Barcelona. 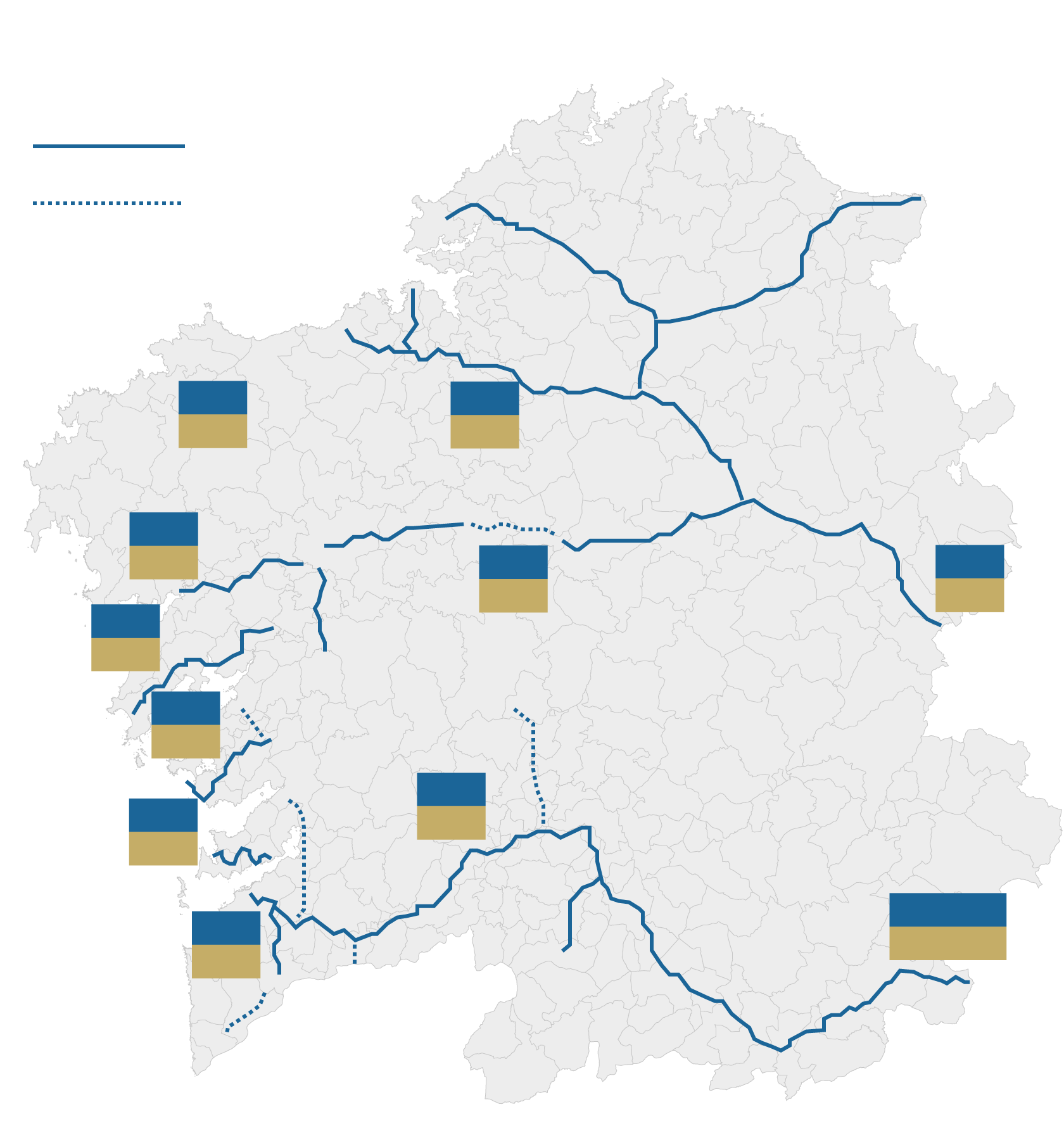 Calculation of the toll on the main Galician highways

About the latest one cent per kilometer proposal

Calculation of the toll in the main

About the latest penny proposal

Calculation of the toll on the main Galician highways

About the latest one cent per kilometer proposal

The Secretary of State for Transport, Isabel Pardo de Vera, had promised, however, that the toll payment system would be “fair” and “equitable” for all territories.

In the first quarter of 2022, the Ministry of Transport will open a dialogue with businessmen and unions and with the road transport sector to address payment for the use of highways as a way to finance their maintenance.

Since the measure is unpopular, the government does not plan to apply these tolls until the next legislature. It would start with the vignette at the end of 2023 or the beginning of 2024 and later it will begin to be charged per kilometer.

The rate on the table is one cent per kilometer traveled, below what the sector initially expected, which calculated between 4 and 20 cents.

According to government sources, to which El Confidencial had access, the idea is that the payment for the use of highways in Spain is one of the lowest in the EU.

In any case, the negotiation is open and Transport even contemplates the possibility of establishing bonuses, for example, for those who have an ecological vehicle. The ministry also considers whether the proceeds from the vignette and the payment per kilometer will serve, not only to finance the maintenance of the highways, but also to lower the current tolls, such as the AP-9.