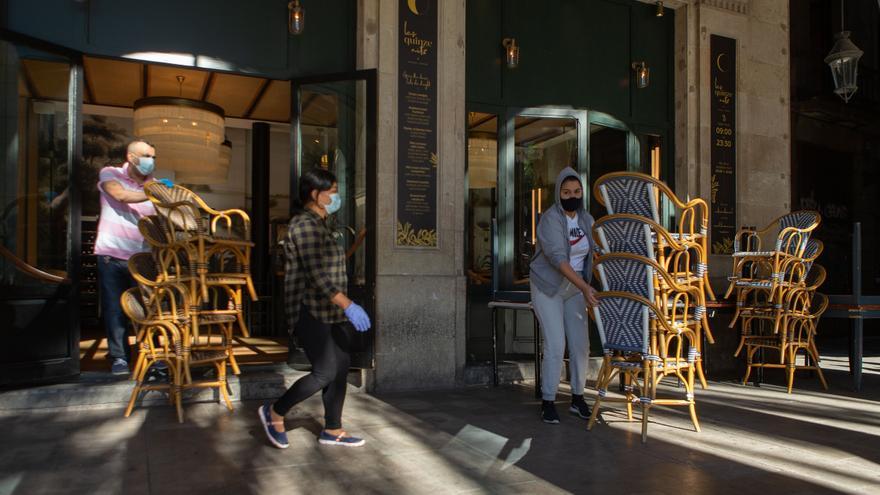 The Xunta advances in its plan to limit the meeting of people who do not live together after verifying that 90% of COVID-19 infections occur when the meetings exceed those groups that share an address. Without reaching general confinement, the Feijóo government wants to “go towards the formation of bubble families” as a weapon to fight against new infections. The councilor for Health, Julio García Comesaña, explained this Wednesday that the objective is “that only people who live together are together.” The Galician Government’s strategy has been adopted amid great concern and after verifying that the perimeter closure measures imposed in towns in the Ourense area are not serving to stop the evolution of the coronavirus at the rate desired by the administration.

Comesaña has advanced that the new limits on mobility, which will come into force at zero hours this Thursday, will have an effect of 14 days and not seven as to date. More limits are proposed and for a longer time. In the case of the Galician capital, the meetings of anyone who do not live together are prohibited, although the city remains open for those who want to enter and leave it. That path is the one that the Xunta wants to continue working for the rest of Galicia, where as of tomorrow the meetings of more than five people will be prohibited in general.

In addition, the O Irixo, O Carballino and Boborás city councils will have to close any activity that is not considered essential. Only the opening of retail trade will be allowed and bars and restaurants will have their activity limited to take-out services. In these three councils, only those restaurants that belong to a hotel establishment will be open.

The Xunta also values ​​measures such as the application of curfews. “It is a tool that from a technical point of view seems interesting to us but that requires an adaptation of the current regulatory framework”, has assured the person in charge of the Galician health.