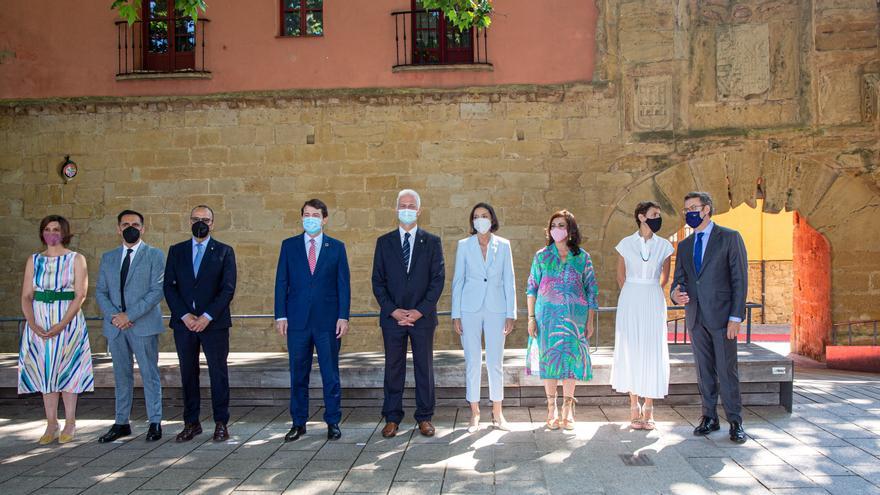 Logroño, Jun 26 (EFE) .- The Minister of Industry, Commerce and Tourism, Reyes Maroto, affirmed this Saturday, in Logroño, that the Xacobeo 2021, which will last during 2022, “provides an opportunity to strengthen institutional cooperation” .

Maroto has spoken these words at the signing of the Declaration of Institutional Cooperation on the Camino de Santiago Frances, by the communities of Galicia, Castilla y León, La Rioja, Aragón and Navarra, and promoted by the Association of Municipalities of the Camino de Santiago AMCS), to develop coordinated actions in the preservation and dissemination of the Jacobean Route, which they share.

The minister has valued this act of institutional cooperation between the governments of the communities through which the Jacobean Route runs and the AMCS.

This Declaration, he added, is “a magnificent initiative that allows promoting the image and attractiveness of the Camino de Santiago and also contributes to its care, management and awareness of its values ​​and strengths.

The ACMS, chaired by the mayor of Logroño, Pablo Hermoso de Mendoza, and made up of 104 municipalities, is “a model of cooperation, solidarity and respect” of the Jacobean Route, whose towns have contributed to set the population, Maroto stressed.

The minister also highlighted the recent presentation of the Xacobeo National Tourist Plan, endowed with 121 million euros, which she has described as “ambitious” for the Xacobeo 2021-2022, and which “reinforces public-private collaboration” to promote the roads of Santiago that pass throughout the national territory.

It is a Plan, which will serve to reactivate tourism after the pandemic, but which also “requires the collaboration of the autonomous communities, city councils and the associative fabric of the places through which the roads of Santiago pass to duly welcome pilgrims, energize the economy and the social fabric “.

The actions of this Plan, the minister stressed, are proposed to support tourism sustainability projects, bet on the rehabilitation of buildings, including the Yuso Monastery, San Millán de la Cogolla, in La Rioja, consolidate the tourism product del Xacobeo and promote it.

The declaration has been signed by the Presidents of Galicia, Alberto Núñez Feijóo; Castilla y León, Alfonso Fernández Mañueco; La Rioja, Concha Andreu; Navarra, María Chivite; and the Minister of Culture of Aragon, Felipe Faci; together with the president of the AMCS.