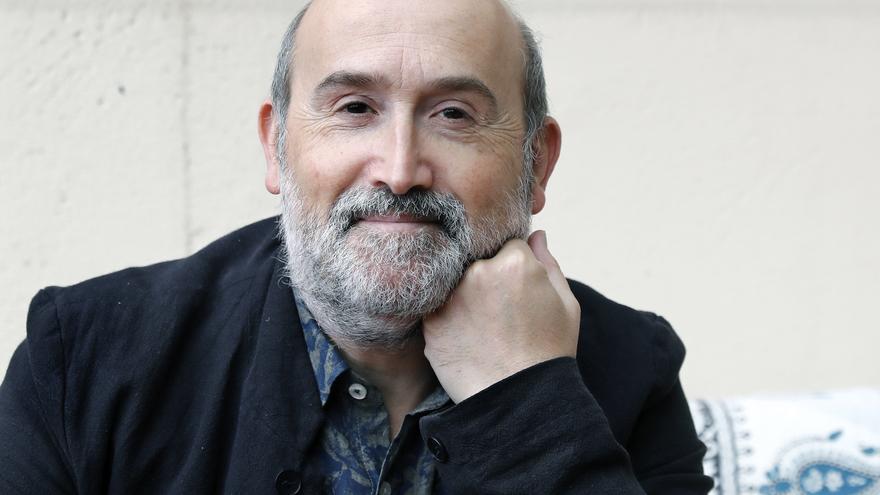 Bogotá, Apr 28 (EFE) .- In the world there are more good people. Or so the Spanish actor Javier Cámara believes that, in an interview with Efe, he wants to remember that "the world is based on good people", despite the fact that political "screaming" or violence is heard much more or they are loved. silence.

"Spain is full of good people who sustain this political moment of discussions and shouting and shouting, Colombia is the same ... It is poetic justice to give space in culture to people who have done good and who have tried to do good" , the Spanish actor alleges in a virtual interview with Efe on the occasion of the presentation in Colombia of the film "The forgetfulness that we will be".

This film, directed by Fernando Trueba and which gave Colombia its first Ibero-American Goya award in March, is about good people, about a good man, the doctor and human rights defender Héctor Abad Gómez, who was assassinated in 1987 in Medellín for pursuing what he believed was fair.

Cámara puts himself in the shoes of the protagonist, also a university professor, portrayed in the homonymous work of his son, Héctor Abad Faciolince, who was, as one of his students indicates in the film, "the first who dared to speak about public health "in his country, and that he sought to vaccinate massively or for all the communes of the city to have access to clean water.

"BEING A GOOD PERSON IS COMPLICATED"

"We are plagued in today's cinema of seeing superheroes who fly and wear a cape, so we are not talking about real superheroes, those who go out every day with their sanitary suit, doctor, firefighter, doctor to do good to the others ", justifies the Spanish actor.

For this reason, he says, "it is poetic justice to dedicate time to good people because also sometimes we forget". And it is not only that they are good people, but that they go out to do good, to help, he adds.

Colombia, and more specifically the Medellín of Abad Gómez's time, was a very violent territory, a city with neighborhoods disputed by paramilitaries, urban militias and drug traffickers.

"Being a good person at that moment, being a coherent person with a structured discourse, being critical of some and of others should be very complicated", estimates the actor.

The role came to Camera in a surprising way. It was a Colombian-produced film and, despite the fact that the director and screenwriter are Spanish -the brothers Fernando and David Trueba-, the rest of the cast is Colombian.

To him, the book "The forgetfulness that we will be" (Alfaguara, 2006) was given by Trueba precisely when he was going to travel to Colombia to participate in the third and final season of "Narcos" and this film was not in any of his plans.

But Héctor Abad Faciolince himself explained that he reminded him a lot of his father, not only in physical appearance, but in the smile that Cámara cannot avoid, and could not deny himself.

"I already had the honey on my lips, I knew I was going to climb a very large Everest, without oxygen, but with very good company, and I got into this adventure," he explains, adding: "And the truth is that I'm very proud, It has been a very nice trip, I hope people like it in Colombia. "

A NEXT PREMIERE "SAFE"

In Colombia, only a very privileged group, such as the family and people close to the human rights defender or those who attended a "drive-in movie" in the very brief days in which it was exhibited, have been able to enjoy Trueba's work.

Cinemas remain closed throughout the country due to the pandemic and the opening this Saturday - when the film was to be officially released - has been postponed until June 1.

In Spain, on the other hand, the rooms opened in the middle of last year, with reduced capacity and the corresponding security measures.

"The theater, cinemas, culture, exhibitions, museums are safe," says the actor, who is confident that in Colombia they can go to the movies again "to feed on positivity and energy" in these bad times.