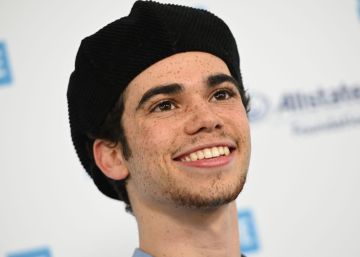 The death this Sunday, to the 20 years, of the actor Cameron Boyce he has shocked his followers, who have seen one of the best-known performers of the moment disappear unexpectedly. Although the start of Boyce's professional career dates back to 2008, what has led him to become a reference point for the masses has been the prominence of his character -Carlos, son of the villain Cruela de Vil- in the telefilms The descendants (2015) and The descendants 2 (2017). For the vicissitudes of this character will be remembered, but those who have followed him with more proximity, will recognize the long wake of other roles that the actor has developed before. These previous roles, among which his character in the series stands out Jessie, added to those that will embody in The descendants III and the HBO comedy Mrs. Fletcher, which will be released in the coming months, will also serve to define the legacy with which the actor says goodbye to generation Z.

One of Boyce's first public appearances dates back to his participation in the video clip with which the American pop band Panic! at the Disco presented its theme in 2008 That Green Gentleman. The interpreter, who died while asleep due to a disease that had long suffered, and which have not yet transcended details, appears in this small work discovering a vase of two pieces that begin to emerge the members of the group, which Soon they moved with Boyce himself, then only 9 years old, to a rural setting in which they put their catchy rhythms into practice.

Also at that same age, the interpreter participates in Reflexes (2008), horror film by French director Alexandre Aja in which an ex-policeman and his family are the target of a diabolical force that distorts them thanks to the mirrors of a showcase. Boyce plays the son of the couple on the tape, who tries to calm the progenitor against the strange malefic attacks. "Do not be scared, Mom, he just wants to play with us," she says with shy naivety. This film will be only the first approach to the genre of mystery films, since the actor will later participate in The panic conspiracy (2009), thriller of espionage in which the American D.J. Caruso builds a complicated terrorist plot in which the protagonists are controlled by a mysterious inner voice product of artificial intelligence. Michelle Monaghan, star actress in the film, remembered Boyce on Twitter After the announcement of the family of his death: "I am very sad after learning of the death of one of the sweetest souls I have ever known." Cameron Boyce was a young and peculiar man, he had the most beautiful smile, a constant twinkle in his eyes and a true enthusiasm for life, (he was) determined to impact his community and beyond. "

I'm so saddened to hear of the passing of one of the sweetest souls I have ever met. @TheCameronBoyce was a rare young man. He had the most beautiful smile, a constant twinkle in his eyes and a true zest for life, committed to making an impact on his community and beyond. pic.twitter.com/6EXYBb8UL0

Little by little Boyce was acquiring more protagonist roles. After participating sporadically in Shake it up, the comedy of Disney Channel that throughout 75 episodes narrates the life of the star dancers of a Show of a Chicago television, and in Austin & Ally, the actor plays more elaborate roles in the animated television series Jake and the pirates of Neverland or in Jessie, where she plays one of the four children of the New York family for whom Jessie Prescott works, the character of the actress Debby Ryan, a nanny arrival from Texas to the big city. Ryan dedicated a tribute to the author with whom he co-starred in the series to close this Sunday the possibility of commenting on his last four images shared on Instagram.

But it was finally the movie saga of The descendants that has made the Californian interpreter a reference of the last generation Disney, placing him at a height similar to actresses like Sofia Carson or Zendaya or Bella Thorne. The latter has dedicated on Twitter an emotional message in a tone complicit with the teenagers who have elevated him to success. "They are snatched away so quickly … I love you, brother (…) So strange that you've left, now there's nothing but emptiness," he wrote.

They take them from us so soon 💔 I love u little bro u cute little weirdo. So weird ur gone … now there's just emptiness 💔💔💔💔💔💔