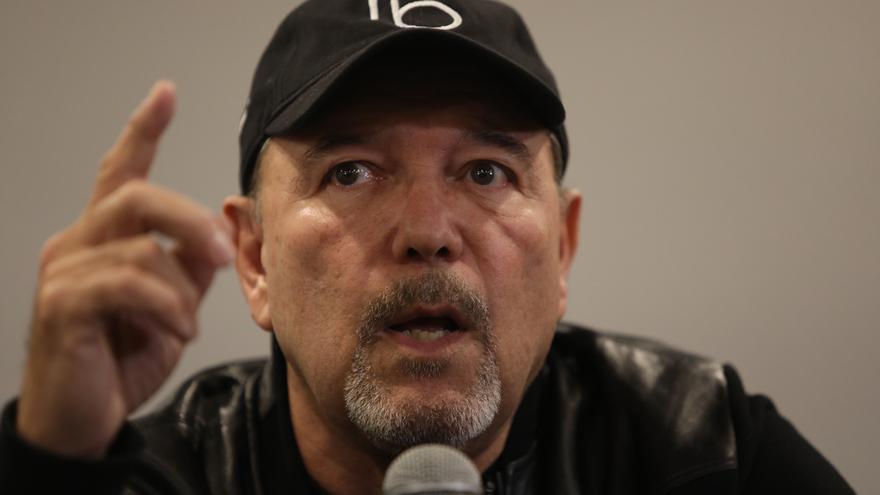 Panama, Apr 5 (EFE) .- The Panamanian singer-songwriter Rubén Blades said this Monday that with the death of his compatriot and trumpeter Víctor “Vitín” Paz the world loses “a titan of music, an example of iron discipline and dedication to The perfection”.

“The Titan of the Trumpet and one of the best musicians in the world, leaves us as a legacy his seriousness, professionalism and quality to serve as an example, now and always,” said Blades on his social networks.

Paz, always considered a “living legend” of Panamanian music, who accompanied great artists such as Frank Sinatra, Dizzy Gillespie and Las Estrellas de Fania, among others, died last Saturday at the age of 89, without knowing the cause. of his death.

Blades regretted that Paz “has moved to the other neighborhood,” and confesses that it is “difficult to write about the departure of loved ones, week after week.”

The Panamanian film composer and actor indicated that in an environment “as competitive” as New York, where he has also developed a large part of his artistic career, ‘Vitín’ “gave the chair of trumpet and his excellence earned him the admiration and respect of all of his colleagues, plus access to opportunities to join bands that typically didn’t hire Latino musicians. ”

He emphasized on this that, “when the best trumpet was needed, the phrase was: ‘look for Vitín.”

The author of “Pedro Navaja” remembers Paz as “an eternal student of his instrument” who “practiced daily throughout his life” without allowing “his fame to make him forget that only discipline can help create and sustain the excellence”.

“He knew that to maintain his pristine reputation he had to always maintain a regimen of constant training and study and he did so, until the end of his days,” said the Panamanian singer-songwriter, film actor and composer.

Blades recalls the legend’s “Vitín ‘, the one with the perfect solo in (the melody)’ Puerto Rico ‘, by Eddie Palmieri, the member of the best orchestras, musical accompanist to’ Tito ‘Rodriguez and Frank Sinatra, the anecdote narrator , connoisseur of musical truths and possessor of a dry humor, sometimes scathing “.

He also rescues Paz’s friendship with his family as a “musical colleague” who, together with his mother, the singer and pianist Anoland Bellido de Luna, was a member of the Panamanian musician Clarence Martín’s orchestra, and recalls that ‘Vitín’ “tuned his trumpet with the my mother’s voice and not with the piano, as is usually done. ”

“I asked him why he did that and he came up with one of his innumerable accurate answers: ‘I’ve heard pianos out of tune, men, but I’ve never heard your mom out of tune,” Blades said.

Blades closes his obituary saying “thank you Master ‘Vitin’. Here we will continue your route as you advised us; always taking care of ‘oil”.

‘Vitín’ Paz was a musician who was on the best stages together with relevant artists and singers in Caracas, New York and Panama, whether in theater, salsa, jazz, and also in films like “Mambo Kings”, in which he played the trumpet by actor Antonio Banderas, according to his resume.

Paz, who was always first trumpet, married and father of four children, returned to Panama in 1999 after staying in New York for 36 years.

In 2011, the Panama Jazz Festival (PJF) dedicated its eighth edition to Paz for his career in the history of music worldwide.