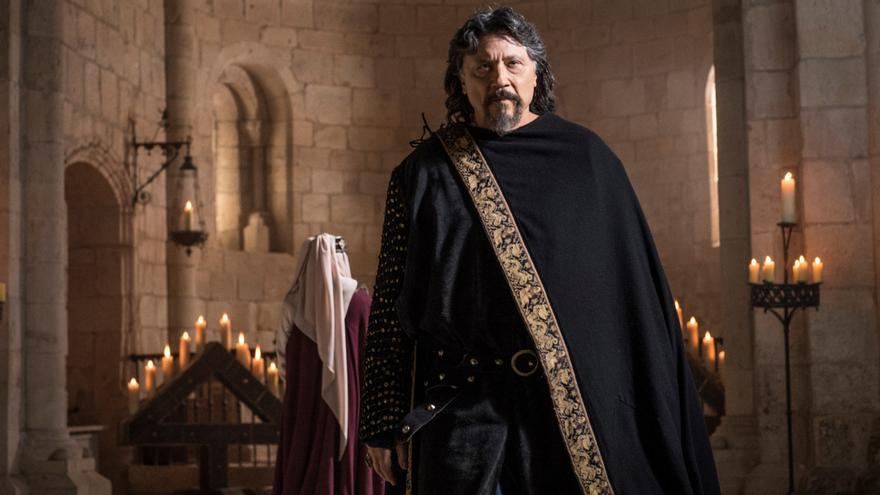 Miami, Dec 16 (EFE) .- For Carlos Bardem’s eyes to light up, it is enough to make him talk about three of his greatest passions, such as history, writing and the performing arts, which exactly coincide in the new series “El Cid”, which opens this Friday on Amazon Prime.

In an interview with Efe to talk about his character Flaín, the “Machiavellian” Count of León, Bardem did nothing to hide his enthusiasm for having played a man “driven by the most absolute ambition” and who represents “complexity of the moment ”.

“El Cid”, starring Jaime Llorente (“La casa de papel” and “Elite”, both from Netflix), tells the story of Rodrigo Díaz de Vivar, one of the best-known figures of the Hispanic Middle Ages.

“The audience is going to be surprised by the spectacular staging and the quality of the story that we are going to tell them,” said Bardem, whose passion for the past led him to obtain a university degree in History and a master’s degree in Relationships International.

The artist, who made himself known to the Hispanic audience in the sixth season of “El Señor de los Cielos”, published last year his sixth novel “Mongo Blanco” (2019) about one of the great “negreros” of the 19th century. and that gives title to fiction.

In the case of El Cid, Bardem underlines that it is “a fictionalized version, but well established in real events of the situation that existed in Spain in the 11th century,” he explained.

“It shows in an exciting way how complicated the history of the Spanish kingdoms was in the Middle Ages, which was crazy. We were the only country in the West where Arabs and Europeans, Christians, lived together, ”he said.

But also, and as is clear in the episodes of the series that Efe had access to in advance, at the time it was also seen “not only the canonical version of Arabs against Christians, but all against all,” he stressed.

With one of the largest budgets in the history of Spanish television, 11,000 extras and award-worthy stages and costumes, “El Cid” is inserted into the “flagship series” with which streaming platforms try to differentiate themselves from their competitors and attract new audiences.

In addition to Llorente, who sings the series’ theme song in rap, and Bardem, the cast also includes Alicia Sanz, as the Infanta Urraca; Francisco Ortiz, as Sancho; Juan Echanove, as the bishop; José Luis García-Pérez, as King Fernando I; Elia Galera, as Queen Sancha; and Ginés García Millán, as Ramiro de Navarra.

Bardem describes the series as “a super production fulfills what I would ask of a series of this type, which is that it be a true trip to the past. It’s an incredible 11th century recreation. ”

It gives him special pleasure that his character existed in real life and was one of the “great schemers of the time.”

After applauding the writers, Bardem revealed that Laín was a man “very rich to interpret. Very funny. It has many corners. It is very well written and represents very well that stage of change of dynasties in power, in which when the dagger was not used, poison was used ”.

BETWEEN THE PAST AND THE FUTURE

For Bardem, “one of the beautiful things is that when you see a story like El Cid’s, you realize that for better or for worse human beings have not changed. The same passions, ambitions, fears, desires continue to move us. This makes the story more interesting. ”

At the same time, he is hopeful that the pandemic will cause a major tipping in people and that 2021 will find a humanity “more connected to the environment. That when this is over we will not return to the normality of before ”.

In short, the optimism of the ecological activist Bardem beats the pessimism of the historian, while the writer and actor continue to marvel at “the explosion of virtuosity” of “El Cid.”