The world economy grows at the slowest pace since it came out of the Great Recession. The World Bank estimates that the increase in 2019 has been just 2.4%, according to its statistical series the lowest data in a decade. And the outlook for this year does not improve much. The institution headed by David Malpass expects a 2.5% growth, two tenths less than in its June predictions. This worsening of forecasts has been greater in the euro zone: from 1.4% to 1% in 2020.

The trade war between the United States and China and the weakening of investment has ballasted the world economy and made it grow in 2019 less than expected, says the World Bank in its report Economic Perspectives posted on Wednesday night. The 2.4% that increased last year is two tenths less than what this international organization predicted only six months earlier. The IMF had already warned last October that 2019 would be the year of least growth in the world since the Great Recession.

This upturn will result in a slight improvement in global growth this year. World Bank economists calculate that global GDP will increase by one tenth. But the situation is fragile. “The expected recovery could be stronger if recent political events – which have reduced trade tensions – lead to a continued reduction of uncertainty. However, downside risks predominate, including a possible return of an escalation in trade tensions worldwide, recessions in the largest economies and financial disturbances in developing countries, ”warns the report, titled in this edition Growth Slow political challenges. 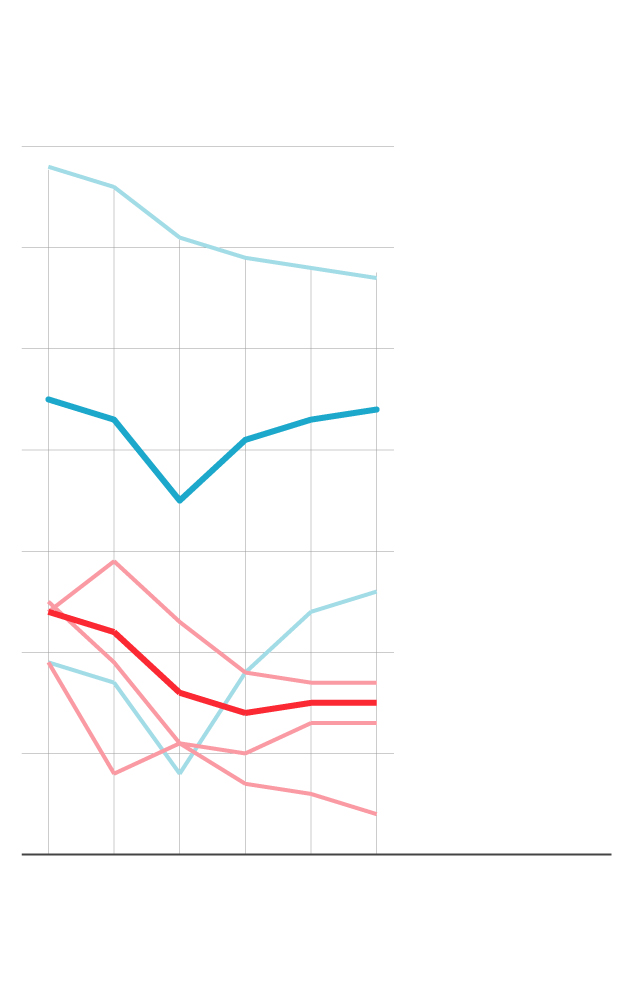 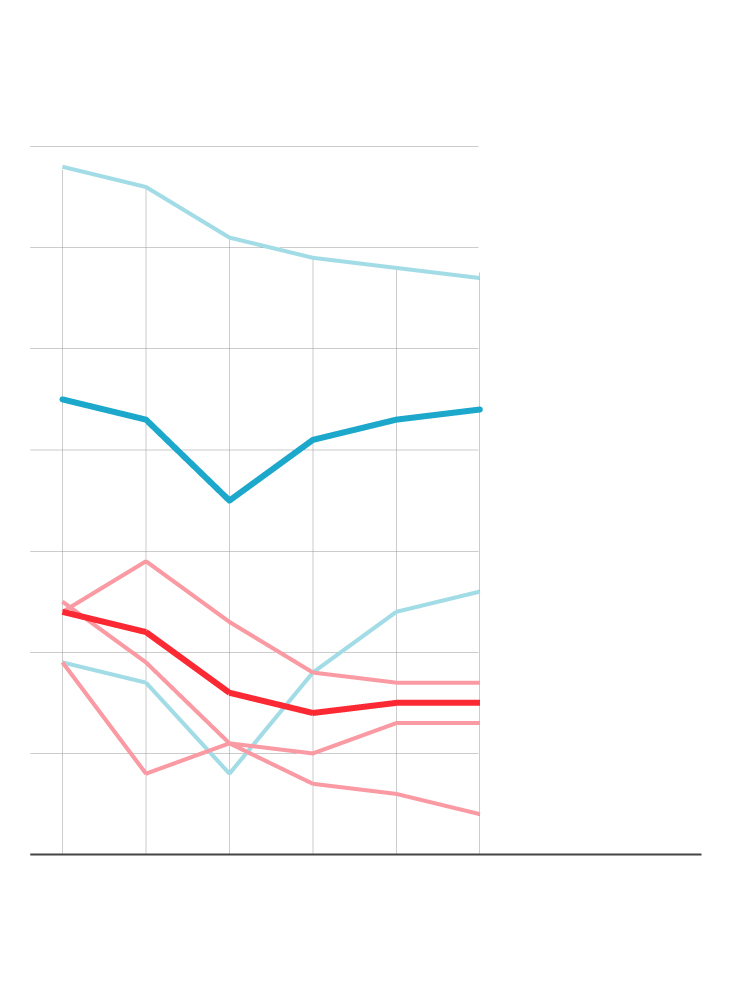 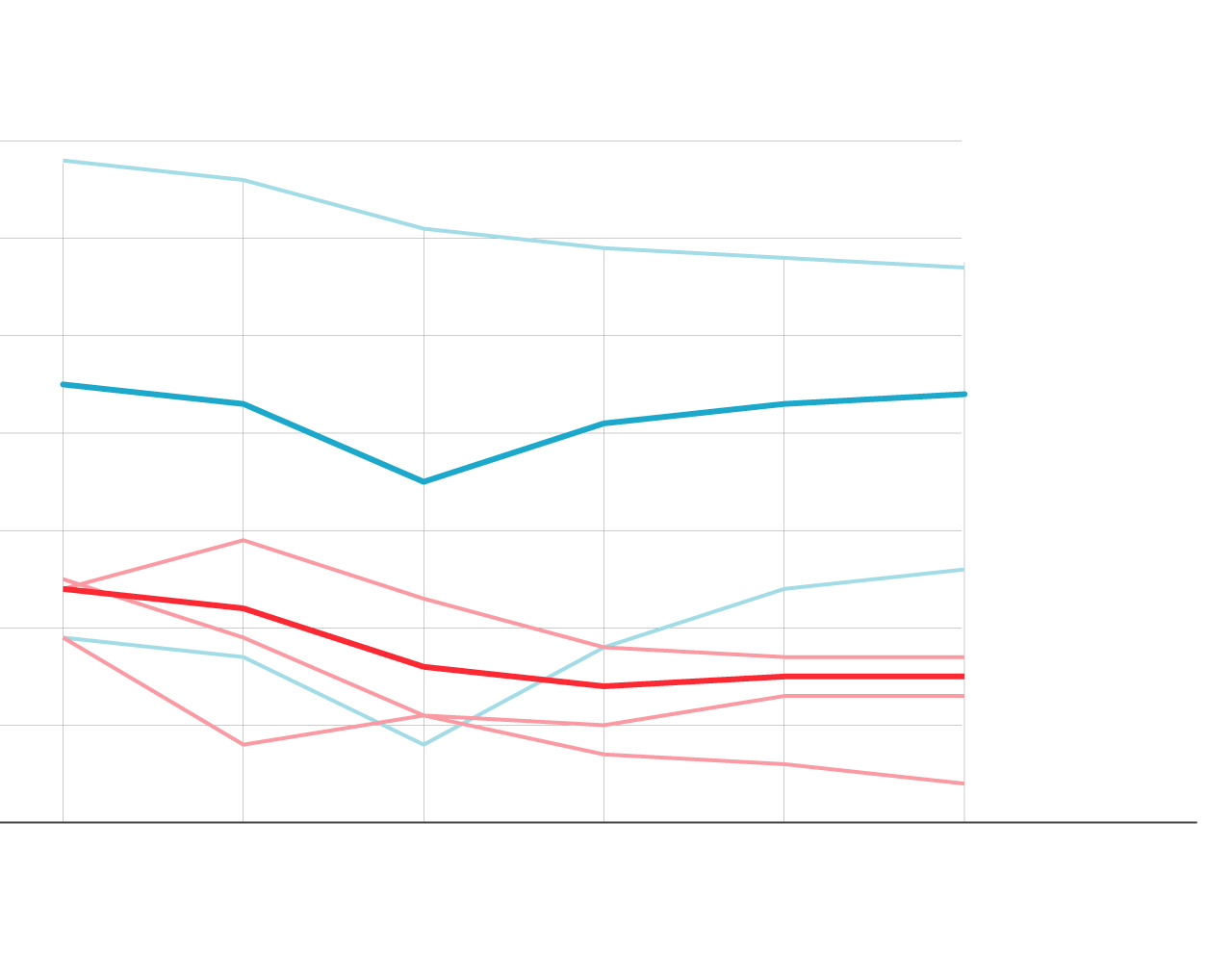 This financial risk is reduced by low interest rates, which in many cases become negative. According to the document, about 12 billion dollars (10.8 billion euros), a quarter of the world debt, have negative returns. However, this only happens in Japan and Western Europe, the World Bank clarifies.

This global situation, however, does not impact in the same way on everyone. The global review of two tenths down in 2020, offers regional disparities. In the US, the forecast improves by one tenth for this year (1.8%) and another in 2021 (1.7%). In the euro zone, on the other hand, the prediction for 2020 (1%) over last summer is reduced by four tenths and remains for next year (1.3%).

“Several economies [de Europa] they are on the verge of recession, with the particular weakness of the German industrial sector due to the fall in Asian demand and disruptions in the automobile sector. Uncertainty about Brexit also influences growth, ”he says. “Negative interest rates on the continent could further undermine bank profitability and erode financial stability,” he adds.

The review is even more severe with emerging countries, especially those in Latin America. The reduction in Argentina leads the World Bank to expect a contraction of the economy of 1.3%, a cut of 3.5 points. In Mexico the reduction is eight tenths and in Brazil five.

Less hard are the forecasts for China, which will continue to grow at a high rate, 5.9% this year, despite a two-tenth cut in forecasts. One of the main risks that it points out is that “the effectiveness of credit to stimulate growth is decreasing […]” It also points to a possible increase in bankruptcies of local banks and in the shadow financial system. In spite of everything, the World Bank lowers the danger in China because of “the low dependence on foreign financing and the wide fiscal and monetary capacity”.

The World Bank warns of poor productivity behavior because its “growth has been slowing down”. In advanced economies, the financial institution points out, this is due to weak investment and the aging population. The slowdown in private investment would come because “the increase in protectionism and associated uncertainty” would have made companies more reluctant to invest “until the situation is normalized.”

To reverse this trend, he asks “a public investment that seeks growth improvement, boosting innovation and increasing human capital.” On aging, he points out that a partial solution could be the arrival of immigrants.