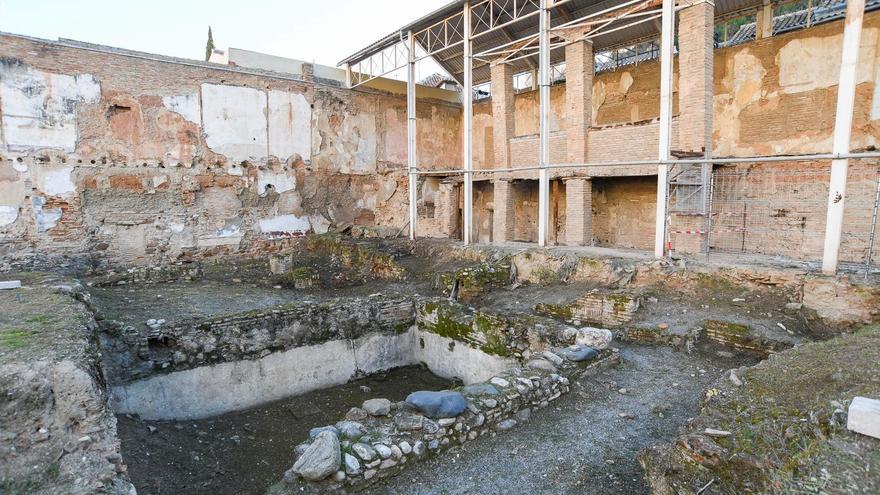 Granada, Jan 4 (EFE) .- The rehabilitation works undertaken by the Board of the Alhambra in Maristán, a 14th century building located in the lower Albaicín that Sultan Muhammad V ordered to be built, have made it possible to find a well prior to the construction of the old Nasrid hospital and an unknown access to Bañuelo street.

The director of the Alhambra, Rocío Díaz, accompanied by the delegate of Culture and Historical Heritage in Granada, Antonio Granados, has visited the Maristán to learn about the progress of the works and has advanced in a statement that this heritage action has served to discover a well under the pool in the central courtyard.

According to the first archaeological investigations, this well dates back to the 11th century and served the Coracha, the defensive site on which the Maristan later rose in the 14th century.

The well, which has been dug up to nine meters deep, could be related to the Alcazaba of the Alhambra thanks to the connection it had with a dam located on the bridge of the Tableros.

"It is a hypothesis that will be confirmed as the recovery of this emblematic space of the Albaicín advances", the director of the Alhambra, historically the most visited monumental complex in the country, explained in a statement.

The exhaustive archaeological monitoring that is being carried out on the plot where the old Nasrid hospital was located, ordered to be built by Muhammad V in 1367, has also made it possible to discover an access through Bañuelo street from medieval times and some stairs in the southwest corner of the building, and know the profile of the pool that presides over the patio.

The works on the Maristán de Granada, whose first phase will conclude in October this year, begin to show the architectural composition of the building after the reconstruction of the first walls of the ground floor and the west side, the starting point of the volumetric recovery of the south portico.

The beam has also been completely revised and, after dismantling all the original woods, those that can still be reused have been selected, those that had defects repaired and the unusable ones replaced with laminated and glued oak planks.

The Maristán de Granada was organized around a rectangular patio with a pool and, throughout its history, it underwent numerous modifications.

The works being carried out seek to halt the deterioration of the original remains of the southern pavilion of the Maristan, the only one standing, as well as to recover its spatial and material structure.