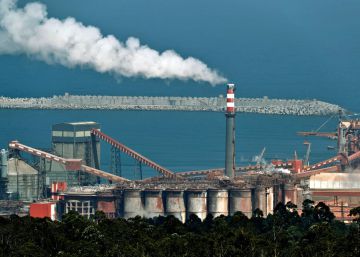 The workers of Alcoa have achieved this morning an agreement with the company that unlocks the sale of the factories of A Coruña and Avilés (Asturias) to the Swiss fund Parter for about 40 million euros. The unions, which distrusted the agreement reached between the two companies announced last Monday, have finally given their approval to an operation that will mean the maintenance of the activity and 100% employment in the plants for at least two years.

After several days in which the workers refused to ratify the agreement reached between Alcoa and the Swiss investor Parter Capital, about three this morning they have finally given their approval. Basically, according to sources from the Ministry of Industry, the mistrust maintained by the works council of Avilés has been saved, since A Coruña was favorable to the agreement.

The approval of the workers prevents the possibility that next Monday came into force the ERE of extinction that affected 600 employees of the two aluminum factories, which Alcoa announced in October that it intended to close. Parter is committed to maintaining the employment of all workers and the activity in the plants for at least two years, although, according to the Secretary of State for Industry, Raúl Blanco, the intention of the Swiss fund is to "go further" and establish long-term in Spain.

The sale of the factories, which seemed a few weeks ago, was complicated in recent days because Alcoa demanded Parter financial guarantees to which the fund in principle refused. To these financial problems was added that Alcoa demanded its employees to ratify the sale agreement through a vote, something that made the unions distrust. The Ministry reminded them that they did not have to ratify anything.

Finally, on Monday, after a meeting at the Ministry, both companies approached positions and finally, Parter has agreed to grant these financial guarantees in the form of endorsements and Alcoa's management has accepted them, as explained by industry sources. Of course, Parter has until July 31 to present these guarantees. If it does not do it, something that Industry considers unlikely, the agreement will be ruined and on August 1 the ERE will be executed. As for the workers, they avoid having to vote the agreement and simply acknowledge their signature.

"This is a very important step on the road we started nine months ago, when Alcoa announced the closure of the plants in October, and thanks to the effort between the parties, a labor agreement was reached in January" and a buyer was subsequently obtained. noted Blanco, who stressed that now "the circle is closed".

"It is good news that the representatives of the workers have signed their agreement to the process, this is a very important step to advance in the acquisition of the plants by Parter Capital," said Alcoa, thanking the support received by the of the Executive, the governments of Asturias and Galicia and of the representatives of the workers, informs EFE.

The reasons given by Alcoa for the closure of these two plants were the losses they presented due to their "lower production capacity, less efficient technology and high fixed costs", together with external market factors, such as the "overcapacity of production in China". ", the high price of raw materials and the cost of energy. Alcoa estimated that the closure of the Avilés and A Coruña plants could generate organizational improvements by maintaining production in a single plant in Spain, that of San Ciprián, also in Galicia.