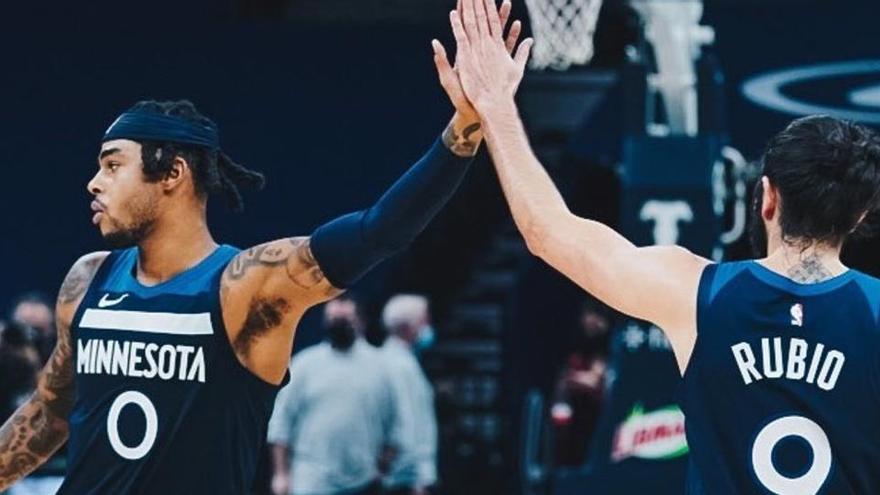 The Minnesota Timberwolves They paid dearly for the team’s lack of experience and the absence of their figure, center Karl Anthoy Towns (KAT), with a loss in the final tenth of a second to the Orlando Magic in an irregular match in which they had a 20-point advantage.

In a game full of ups and downs, in which the Montenegrin center of the Magic, Nikola Vucevic, was the leading scorer with 28 points, the victory was decided in the last tenth of a second with a desperate triple of the point guard of the Orlando, Cole Anthony.

With Towns and Spanish guard Ricky Rubio offside, the first after contracting covid-19 and second through injury, the Timberwolves have lost two of the team’s three most experienced players. Rubio has been playing in the NBA for 9 years and KAT 5. On the Minnesota team, only Ed David, aged 10, has more experience.

To this we must add that Juancho Hernangómez, the other Spaniard of the Wolves, with four years in NBA, is also on leave. And that Ryan Saunders’ team is full of very young players with only a year or two playing in the league. Saunders himself is only 34 years old.

And the newcomer of the staff is quickly taking its toll. The Timberwolves, who were expected a lot this season after the incorporation of Rubio, occupy the last place in the Western Conference. And of the last 11 games, the Minnesota team has lost 10, including Wednesday’s to the Magic.

For their part, those from Orlando did not arrive at the Target Center in Minneapolis in a state of grace: those from Florida had lost six straight games and on Monday they were defeated 81-94 against the New York Nicks. In their discharge, the Magic have also suffered a series of significant casualties due to injuries, such as Al-Farouq Aminu and Jonathan Isaac, which has weakened them offensively.

But despite all the problems, the Magic, which includes Montenegrin center Nikola Vucevic, are ranked ninth in the Eastern Conference.

The game started with a Vucevic intoned both from the paint and from beyond the 3-point line, quickly putting the Magic up front and a comfortable lead. In just over 4 minutes at the start of the game, Orlando’s men had a difference in favor of six points (11-17) thanks to the performance of Vucevic, who scored 10 points and 2 rebounds.

While those of Orlando faced the opposite ring with discipline, the attack of the Wolves was a chaos: in the last bars of the first quarter the Minnesotaes wasted up to six offensive rebounds on the same play without being able to score.

The first 12 minutes ended with a 21-25 for the Magic and the feeling that the Wolves would accumulate another loss before the efficiency of Vucevic (12 points, 2 rebounds and 1 assist) and the French guard Evan Fournier (7 points). Up front, Josh Okogie was the most successful of the Wolves, with 8 points and 2 rebounds, followed by Anthony Edwards, with 5 points.

But in the second quarter, the Orlando magic wore off, especially from Vucevic’s hands. In a disastrous period, the Magic only scored 10 points, 20 less than the Wolves, received a 27-3 run and went to the locker room with their heads down with 51-35 on the scoreboard.

At the resumption of the game, the Timberwolves maintained the same trend with which they had gone to rest. Guards D’Angelo Russell and Malik Beasley shared responsibility and leadership in attack with triples and two-point baskets that broke Orlando’s defense.

Ricky’s team was 20 points ahead. But little by little, with the resurgence of Vucevic and Fournier, those of Orlando began to reduce the distance. At the end of the third period, he reached 77 points for the Wolves and 68 for the Magic, thanks to the 11 goals that Vucevic scored during the period and the 10 for Fournier.

For much of the fourth quarter, the Wolves were able to manage the lead and keep their distance. But with a minute to go, the score was 94-91. It was at that moment that the inexperience of the Minnesotans surfaced.

Two wasted shots from Russell and Beasley left the score at 96-94 with 16 seconds remaining. With the ball in the hands of the Magic, Gordon missed a triple with seven seconds to go. The rebound went to Jarred Vanderbilt, who received a personal one.

The forward had the opportunity to sentence the game with two free throws, but failed both and the rebound was picked up by Magic point guard Cole Anthony with one second left before the final horn. The point guard raised the ball quickly and hit the three-pointer over the horn that sentenced the Wolves to another defeat.