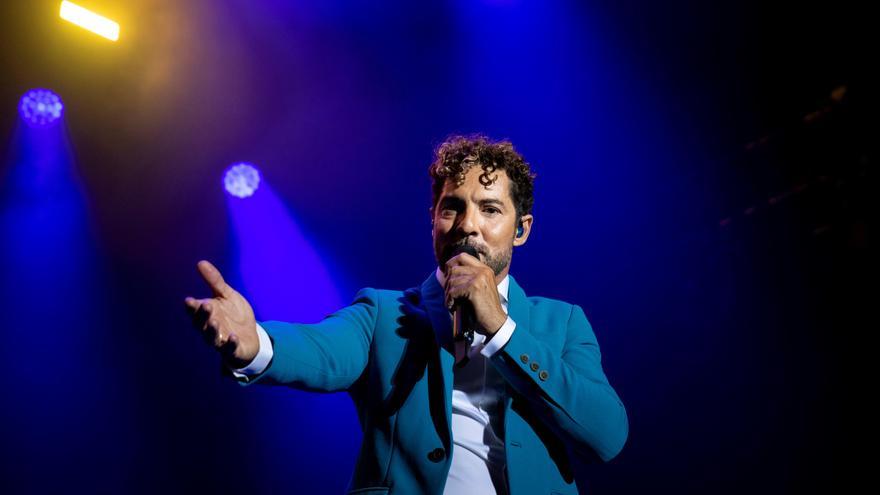 Madrid, Jun 22 (EFE) .- David Bisbal swept the capital tonight, where he has conquered the 5,000 people who have filled the Wizink Center to listen to the songs from his latest album, “En tu planes” (2020), remember some classics and sing along to their greatest hits.

A public full of energy and eager to return to normality of the concerts cheered the name of the Almeria to come on stage after the beginning minutes. I wanted to hear from the artist who sold the most albums in 2020 and who had to cancel his tour due to the Coronavirus.

With the first song, “Silencio”, the followers have surrendered at the feet of the Almeria native, who has been delighted to step back onto the stage of the old Sports Palace, where today and tomorrow he hung the “Tickets sold” poster. “We have not stopped fighting for our dream to come true and here we are back,” said a Bisbal excited to be able to return to one of the most important stages of the capital.

With his blue suit, with which he stars on the cover of his latest album, the Almerian did not let the euphoria of a totally devoted audience fall, so he continued the show with one of the most moved songs of “En tus planes”, “Love love”, although the song that made the audience stand up and shout was “No dawn”: “I hope and never dawn and be able to stay here with you,” he added.

During the evening there were especially emotional moments in which magic was present in the auditorium and the voices of the audience sounded in unison to sing ballads such as “The need”, “Whether or not you”, “Guilty” or “You will know” that he has dedicated to his little son Matteo.

“Guilty”, “Like the first time”, “Slave”, “Vuelve” … One by one he was religiously complying with the best known cuts of his repertoire, inserting just a couple of the new album, and putting the public in tune for what that was coming.

It was also very emotional the moment that Bisbal lived with the singer Sebastián Yatra, who surprised the public with his presence to sing together his hit “From today”. “There are few singers like him in the world, so it is a pleasure to be accompanying you here tonight,” said the Colombian.

“How much I love my princess”, sentenced the singer in honor of his eldest daughter, Ella, “it has been a long time since I sang it from a stage, she knows that I love her.” Bisbal was at all times grateful for the “support and warmth” of the public, so much so that he did not stop thanking him for his presence tonight.

The Almerian wanted to remember the months of confinement putting a good face on the bad weather singing the successful song that he interprets together with Aitana “If you want her”, and has regretted that the ex-triumphant could not be there to sing it together: “It’s very big, and every Again, that’s why he has many commitments. An artist ”.

The concert after the roller coaster of energies and different moments of his career and memories ended in style with two of his most chanted songs that led him to be where he is today, “Bulería” and “Ave María” .

Undoubtedly one of the essential concerts for those who have accompanied the artist in his career since it is a great way to get closer to his most current hits such as reliving those that once so marked a generation.

At the end of the concert, the atmosphere that prevailed among the attendees was a feeling of happiness, ecstasy and euphoria for what they had just experienced tonight after not attending a “proper concert” for so long. An appointment that many have defined as “special” and “magical” in which they have been able to have fun and get excited with a Bisbal overturned with his audience.

The tour of the Almeria “In your plans 2021” has only started with a double concert in the capital and that will stop in the different cities of the country such as Almería, Valencia, Santander, Marbella, Murcia, Seville and Córdoba, among other.