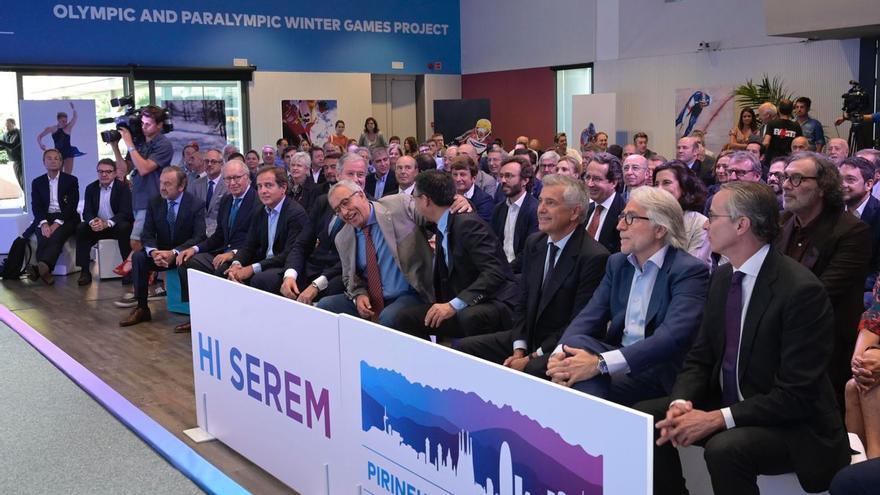 Some local authorities will appear, it will be present in principle Alejandro Blanco, president of the COE, there will be a couple of speeches, but the presidents of Catalonia and Aragon, hosts of a project that are now provisionally called Pirineus Barcelona Zaragoza-2030. Perhaps you end up finding a shorter, more commercial name.

The name responds to the central will that it be a unitary candidacy. “It is a project of the country, of the State, in which Aragon and Catalonia are directly involved on an equal footing,” according to the president in September. Pedro Sanchez.

Barcelona is called upon to host many of the tests that do not require snow, after adaptation of some facilities. You can think of curling, skating or the opening ceremony. An Olympic event that, apart from linking with the 1992 Games, should energize a downcast city thirsty for some great event, an idea that the mayor does not necessarily share. Ada Colau.

There is a budget line for the Generalitat of Catalonia, worth 800,000 euros, to hold a binding referendum on the degree of support for the organization of the Olympic event. In principle, it should involve the Pyrenean regions, although voices such as Colau herself have claimed that Barcelona, ​​as an organizing party and commercial spearhead, should also be consulted. In Aragon no vote is foreseen.

Nothing is specified regarding the Catalan territories with voting rights. It is not the only fuzzy thing about a project in blankets and that requires the final institutional agreement to be able to send the necessary letter of intent to the COI. Some of the people involved in the project believe that it would be advisable for this letter to be transferred in February, during the Beijing Winter Games.

Olympic designations are now nominated much more in advance (Brisbane, for example, has already been chosen for the 2032 Games, 11 years earlier) and are based more on technical visits, without the auctions of yesteryear that gave rise to all kinds of suspicions.

There is the conviction that if the internal support is complete, the Pirineus-Barcelona-Zaragoza nomination will be a reality. Precisely the First Vice President of the International Olympic Committee (IOC), Joan Antoni SamaranchHe recalled yesterday, in statements to TV-3, the need for “unanimity” both institutional and social to be the Olympic venue, at a time when he sees Catalonia “focused on the no.” Politically, they are in favor PSC, Junts, PP, Ciudadanos; against CUP and Vox, and ERC and Comuns tend to abstain.

Today’s act should serve to show that the will is real and, incidentally, know the main lines of a project that has some ecological groups against it, such as the Stop JJOO Platform, which was presented on Wednesday with Kilian Jornet and Aracel.li Segarra as familiar faces.

Supporters of the candidacy emphasize that an Olympic Games can be held “without cutting even a tree branch.” It is in line with what the IOC requests. Samaranch explained this Thursday that a highly valued factor is that investments in infrastructure are designed to that can perform long-term use and have a positive impact on the territory.