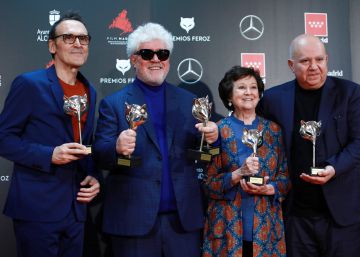 The seventh edition of the Feroz Awards has had as a great winner Pain and glory, by Pedro Almodóvar, who has risen with six of the ten awards he chose.

The next appointment of Spanish cinema will be in Malaga at the Goya Awards gala to be held on January 25. In this year’s edition, one of the most disputed, part as a favorite While the war lasts, with 17 nominations, one more than Pain and Glory and two more than the infinite trench.

Below, the list of nominees in all categories of the Feroz Awards and, in bold, the winners: