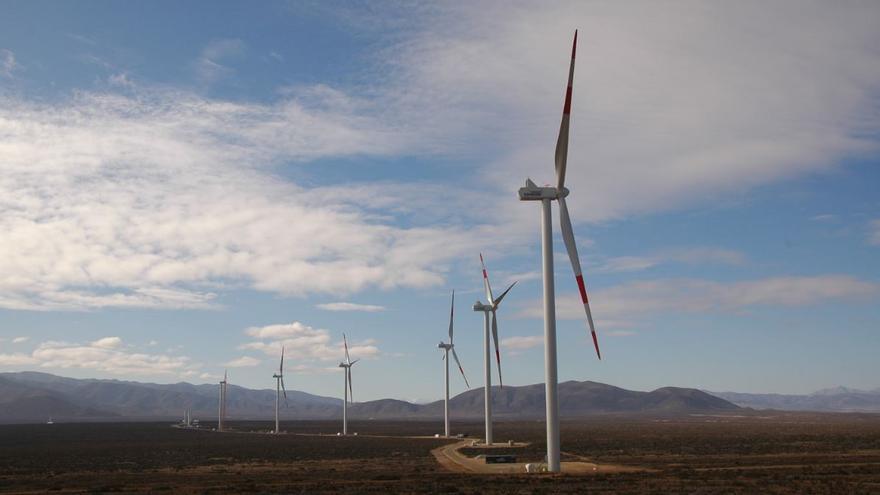 The wind sector demands to subcontract the bureaucratic procedures to speed up the administrative authorizations of its projects. Given the backlog of requests, the sector fears that a very important bag of megawatts (MW) will begin to expire as of December 24, with the consequent loss of access points and the guarantees deposited by developers. And it warns of a possible drag effect on the local wind industry.

At the last annual congress of the electrical employers’ association, Aelec, the president of the Wind Business Association (AEE), Juan Diego Díaz, explained that as of next day 24 “probably 80% of the permits will expire” because “the Administration does not have the necessary means to respond to the milestones it has put on the table. ” “I only see one option and that is for there to be some subcontracting of certain activities,” said the Siemens Gamesa executive. “It cannot be” that an Environmental Impact Statement (EIS) implies waiting up to “five years”.

In June 2020, the Government approved Royal Decree-Law 23/2020 which, among other measures, launched a system of intermediate milestones to curb the huge stock of speculation generated regarding access permits to the renewable energy network.

Then, with more than 430 gigawatts (GW) requested compared to the 60 GW that the National Integrated Energy and Climate Plan (PNIEC) plans to install in this decade and the 110 GW that the entire electrical system has, the decree allowed many promoters giving up projects that were little more than a piece of paper in exchange for recovering the guarantees deposited, which allowed some 40 gigawatts to be screened.

For those who did not do so and had received those connection permits before December 31, 2017, it was established that they should have environmental approval in 18 months from June 2020, so the term expires on the 24th. For those who received the permit as of January 1, 2018, a period of 22 months was set, until April of next year.

The decree had a “positive” spirit to guarantee “that the projects that are proposed are serious,” says Juan Virgilio Márquez, PREPA’s general director. The problem is that “everyone has started to process at the same time to get there on time” and “the public Administration is not being able to keep up”.

Ecological Transition has reinforced its resources with officials and technical assistance from the public company Tragsa, but it is not enough, says Márquez. Many projects depend on the Ministry, but in the processing of an EIS (which also requires an avifauna study that usually takes about 12 months) the autonomous communities and the rest of the organizations that have to report positively or negatively through the Government delegations: from a General Directorate of Historical Heritage to a Hydrographic Confederation, to name two cases.

Ecological Transition, in addition to renewable projects, processes any facility under the jurisdiction of the former Ministry of the Environment. “There are accumulations of more than a thousand-odd projects between renewables and the rest,” says the head of PREPA.

And then there are the autonomous communities, responsible for processing wind farms with less than 50 MW of power. “Each one has its work rhythms” and factors that make “the work environment more tense”, admits the manager of the wind power association. “There is more pressure, not only for not reaching the milestone, but because there are projects in the territory that are having a certain response,” he acknowledges, alluding to the protest movements in many regions against the parks.

“This also affects the technicians, the autonomous communities, whether or not they have to put more resources or make decisions regarding the processing.” Galicia just approved a moratorium to stop all new projects until 2023 to be able to process those that were already underway and Cantabria is considering it.

PREPA believes that the processing process “can be improved and there are clear examples in other sectors such as ITV”, which is delegated to private entities that have a certification. “They enable you and are the guarantors that your vehicle is fit to circulate. There is no one from the DGT signing each ITV.” Or private health, where the doctor who prescribes a drug “has a professional and civil responsibility behind”. Or subsidies whose concession is signed by a technician with a management commission or a commission. “That is the scheme that we have to propose. If not, it is unfeasible,” sums up Márquez.

“I am not saying that this is privatized, but that the work capacity is supported by the means that the Public Administration has, which are not only the regular staff. And that the decision in those means, which is perfectly controlled, legislated and regulated, delegated, so that the speed of work is multiplied “and” there is the ability to analyze all projects in the time necessary and within the term established by law. It is not about all being approved.

On the opening day of the last APPA employer congress, on December 1, the deputy director general of Renewables of the Ministry for the Ecological Transition, Jesús Ferrero, raised the number of projects with access permission to 160 GW, compared to 147 , 4 GW listed until October on the REE website. The Ministry is aware of the “concern” of the sector over the expiration of permits, “one of the great challenges” of 2022, but Ferrero made it clear that all these projects “do not fit from the point of view of demand.” “Many” are overlapping and have to be “mature, well thought out, in the right space, with sufficient social acceptance and a sufficient network.”

The expiration of permits centered a good part of the interventions of the “congress of expiration”, as it was baptized by Beatriz Mato, executive advisor of the promoter Greenalia and former councilor for the Environment in the Xunta de Galicia. Patxi Calleja, Director of Regulation at Iberdrola Spain, pointed out that the situation is “worrying”, blamed it on a “serious problem” of lack of resources from the Administration and assured that it could lead to “an increase in the price” of renewables and a ” socio-economic problem of industrial development “.

Mercedes Casado, Senior Regulatory Affairs Manager of RWE Renewables Iberia, recognized that the intention of the Government with this decree was “to order the sector and avoid speculation”, but, given the impossibility of meeting the deadlines, a “solution” would be to extend them, such and as stated by Ignacio Grangel, former director of Red Eléctrica, former energy advisor to the Government of Rajoy, former president of OMIE, director of Enagás and current partner of the Department of Public Law and Regulated Sectors of CMS Albiñana & Suárez de Lezo.

The idea of ​​this extension is on the Ecological Transition table: “There is a significant backlog in the processing of files by the regional administrations and, although less, also by the State. This is a matter that we have to manage very carefully because on the one hand it is important to puncture that bubble, to be able to order the penetration of renewables. We are assessing the need to respond in time “, indicated last Thursday the third vice president, Teresa Ribera, in an interview with El Economista.

The wind power association has requested an eight-month extension, via Royal Decree-Law, which would allow, according to its general director, “that really advanced and serious projects, which are already in the process of public information, have the capacity to be informed” and do not remain in limbo.

The association estimates that in November there were 40 GW of wind power in the pipeline with granted access permission. Only 1.4 GW had obtained the DIA and another 3.4 had that permit and construction authorization. 15 GW had not even gone public. “There will be many who are in that situation because the promoter has not been able to configure the file”, but in other cases the cause would be attributable to the Administration. And “it is very difficult for them to meet the milestones, both in December and in April.” “We have to go at a rate of 2.2 GW a year to comply with the PNIEC,” recalls Márquez.

As a “structural” measure and so that “the processing is more transparent, faster and more coordinated”, AEE claims that the process “be digitized and made unique. There are countries where you connect to a system and you know perfectly the state of all the projects, when have they entered, what is the next, your position and who is in front of you. In Spain that does not happen “, explains Márquez. Because “it is no longer just about this avalanche.” To comply with the PNIEC, “year after year we have to incorporate 5.2 GW per year of wind and photovoltaic. And getting the EIS for these projects to become a reality requires a lot of technical personnel. Right now we are getting 1.4 GW”, he warns.

The AEE manager stresses that we are “in a learning moment” after the “paralysis” that came after the moratorium on renewables decreed by the PP Government in 2012, which meant that practically no new power was installed until 2018. In those years, “the autonomous communities and the Ministry had the people dedicated to processing projects of renewable to other things”.

If these MWs now expire “it will be a problem in all aspects: for the promoters, there will be many who will say that they do not agree because they have done everything they had to do and will challenge”; for the objectives of the PNIEC and for the industry. “It is not good for anyone and we have to find a solution.”