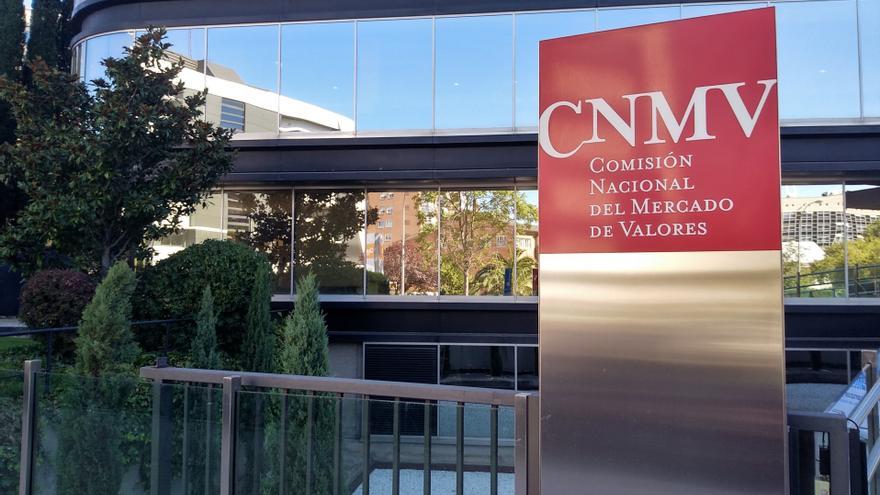 The sicavs lose one of the names close to the Popular Party, which for years has used private banks as trusted administrators of these companies. It is about the retired Aurora Chacón, widow of a former deputy of the defunct Popular Alliance and former senior position of José María Aznar in the first PP government. Chacón has resigned as administrator of more than a dozen of these companies since, on December 27, her name was mentioned in an elDiario.es report with this title: “Relatives of PP politicians and illustrious surnames: who move the strings of the sicavs in Spain“.

The last dismissal was published this Monday in the Official Gazette of the Mercantile Registry (Borme). It includes her resignation as director and secretary of KGInves100, a sicav that closed 2020 with a net worth of 7.691 million euros. With this, there are already eleven companies of this type in which he has left his positions since the publication of that report. All are managed by Banco Santander and accumulated a joint equity of about 52 million at the end of last year.

elDiario.es asked Santander if these dismissals mean the end of its relationship with Aurora Chacón, without obtaining a response.

She is retired, former director of the Badajoz Music Conservatory Between 1993 and 2007, she was the widow of the lawyer and professor Antonio Uribarri, who died in 2012. Uribarri was elected senator for Badajoz of the UCD in the 1979-1982 legislature, deputy for this same province between 1982 and 1989 with the extinct Popular Alliance and , already in the 90s, attached to the Ombudsman in the first Government of Aznar.

One of their daughters, Pilar Uribarri, has been Santander’s legal advisor for sicavs since the late 1990s. Uribarri holds the position of deputy secretary (not a director) in about seventy companies of this type whose joint assets comfortably exceeded 1,000 million a September. The vice secretary is a position that streamlines the ordinary management of this type of company.

The first dismissal of Aurora Chacón since the publication of that report appeared in the Borme on January 5 and was registered in the Mercantile Registry on December 28. That day, she resigned as director and president of Eugemor Sicav. He was replaced by another regular in the sicavs managed by Santander who is also a relative of a former prominent position of the PP in Extremadura: Luis Ramallo.

This is the son of the notary Luis Ramallo, former UCD senator, former PP deputy and former vice president of the National Securities Market Commission (CNMV) with Aznar, among other positions. Ramallo Sr. and Antonio Uribarri were the two heads of the Alianza Popular list for Badajoz in the general elections of June 22, 1986. Both won seats in those elections.

While Luis Ramallo Jr, who according to his LinkedIn works as a real estate advisor in Las Rozas (Madrid), continues to accumulate charges in Santander sicavs (his appointment appears in another one in this Monday’s Borme), the trickle of Chacón’s dismissals has been constant so far this year.

On January 8, she resigned as a director of Security Analysis Investments Sicav SA; on February 10, in Roinver Portolio, simultaneously with the re-election of Ramallo Jr. as a director of that sicav; on the 17th, she ceased as director and secretary of Mawi´s Remember Inversiones; on the 18th, as a member of June 99 sicav … and so on up to eleven companies, for now.

Chacón is still listed as administrator of Tojabi Inversiones, chaired by the architect, urban planner and former mayor of Bilbao with the PNV Ibón Areso and who at the end of 2019 had 87% of its shares in the hands of a natural person, according to the records of the CNMV.

Among the sicavs that Chacón has stopped managing, most do not identify their shareholders. Although there are some exceptions such as Aurreche Inversiones Sicav, of which she was a director until March 3. Aurreche has as administrator and maximum shareholder (75% in 2019, through its company Igoper SL) another person related to the PNV, the former president of the BBK and former director of Iberdrola José Ignacio Berroeta.

Sicavs regulations establish that in order to benefit from the tax advantages these vehicles enjoy, it is necessary for them to have a board of directors. Although in many of them (it is not the most common) their shareholders appear as directors, it is very frequent that, for confidentiality reasons, people outside their shareholders appear in their highest management bodies.

This encourages a battery of names to be repeated for years in the administrative bodies of these companies. It is a practice that, sources from the private banking sector point out, dates back to the years of ETA terrorism and continues to this day.

The sicavs have long been in the crosshairs of successive governments. More than a year ago, PSOE and Unidas Podemos agreed to exercise greater control over these vehicles, widely used by large fortunes. Since then, more than a hundred have announced their discharge.