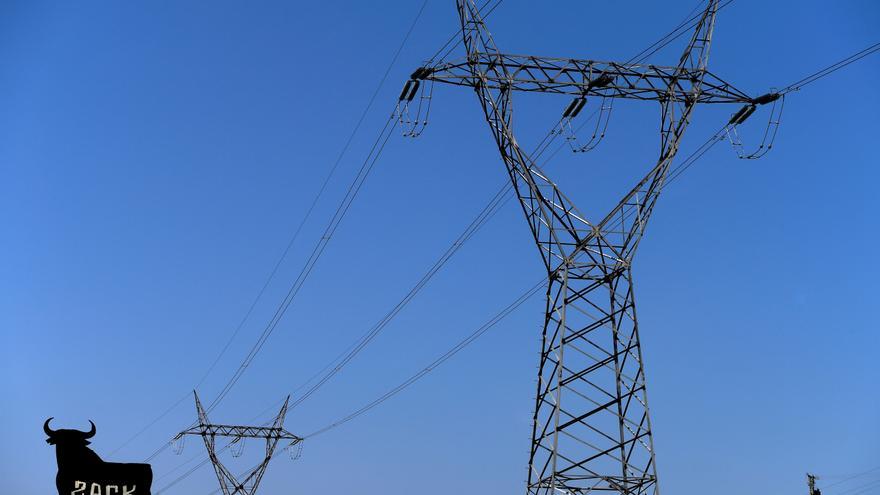 The average daily price of electricity in the Spanish wholesale market will beat another historical record this Wednesday, the second in October so far, as the megawatt hour (MWh) skyrockets to 228.59 euros, according to OMIE data. It is 5.8% more than to the previous record recorded on Friday and it is almost 25 euros above the 203.68 euros of this Tuesday. Never until this month had the MWh exceeded the barrier of 200 euros.

These new records come in a context of extraordinary tension in global energy markets, in full escalation of raw materials linked to energy, especially gas, but also oil (at highs of almost seven years) and coal, and with CO2 emission rights also at maximums due to the greater climate ambition of the EU.

This Tuesday, European gas futures in the Dutch TTF market have exceeded 110 euros / MWh for the first time in history, given the approach of a winter that is very complicated due to the low level of storage in the old continent, the shortage of this material in international markets, uncertainty about the supply from Russia and competition with the demand that comes from Asia.

In Spain there are also doubts about the future of one of the two gas pipelines that arrive from Algeria, due to the open diplomatic conflict between this country and Morocco, and the reference of the Iberian market Mibgas is already on the verge of 100 euros / MWh. In the Spanish electricity wholesale market, futures for the month of November already stand at an average of 234 euros / MWh. Those for the whole of 2022 already shoot up to 147.45 euros, compared to just over 80 euros so far in 2021.

Faced with the succession of records that began in summer, the Government approved in September a shock plan to withdraw some 2,600 million euros from non-emitting technologies due to the extra income they receive due to the increase in gas prices, through a decree that It has put companies on a war footing and that has led the president of Iberdrola, Ignacio Sánchez Galán, to attack this Tuesday against the “terrifying interventionism” of the Government, which last weekend was dispatched with the controversial signing of the former socialist councilor Antonio Miguel Carmona as vice president of the Spanish subsidiary of the Basque electricity company.

Given the sharp rise in inflation, the debate on an urgent reform of the electricity market demanded by countries like Spain and France is now on the ball of Europe. This Monday, after the Eurogroup meeting, the European Commission resisted urgent measures requested by some countries and it was more willing to present measures to help vulnerable families and companies in the coming days than to tackle a reform such as the one demanded by Paris and Madrid, which want to end the link between this raw material and the electricity bill for the marginalist electricity market whose design dates back more than two decades.

A possibility that was shown open for the first time by the president of the European Commission, Ursula von der Leyen, who pointed to the possibility that the European Union would study “decoupling” from the price of electricity that of natural gas to control the rise of energy prices. Von der Leyen said in Tallinn (Estonia) that “in the short term we will speak in the European Council, and in two weeks in a formal council, on how to approach storage [de energía], a strategic reserve, and we will look at the global composition of the electricity market. ”

The voices calling for the reform of that market once and for all are growing. One of the latter, the former president of the Portuguese energy regulator ERSE Jorge Vasconcelos, who in a interview In the Portuguese newspaper Público, he speaks of a “macroscopic” mismatch between a market structure “conceived 25 years ago”, when there were hardly any renewables, and the current reality and decarbonisation objectives.

This Tuesday, the third vice president and minister for the Ecological Transition, Teresa Ribera, plans to meet with representatives of consumer associations to address the reform of the regulated rate of the voluntary price to small consumers (PVPC), in which the price of the energy is directly indexed to the wholesale electricity market. This means that, according to a comparison by Selectra, the monthly electricity bill has risen in the last 6 months for a consumer with regulated rates by 55% in Spain, compared to 43% in Italy, 15% in Portugal and 4% in France.

The Government proposes to link the PVPC to some future reference to make it less volatile, at the cost of a higher risk premium for the consumer. A proposal for which Transición Ecológica has opened a public consultation and which consumers view with caution. They claim to reinforce the social bonus for vulnerable consumers and that this be granted automatically, as the Government proposed to do years ago.