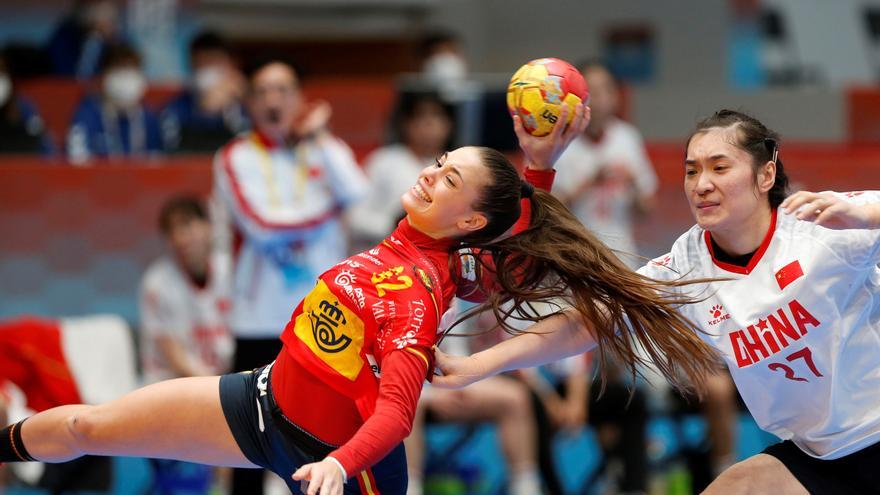 The Spanish women’s handball team continues with its firm step in the world after overwhelming China (18-33) with an extraordinary defensive display in the second match of the first phase of the tournament.

On this occasion, the combined Jose Ignacio Prades He was not surprised in the first half and faced the game with a defensive voracity that destroyed China, which also found itself before a great Merche Castellanos.

Before the first five minutes, the Chinese coach was already forced to stop the game to stop the Spanish avalanche (1-5).

The Guerreras’ defensive activity was of such magnitude that the Chinese could barely make three passes or shoot on goal without their pitch being punctuated by the locals.

🖋 FINAL IN TORREVIEJA! Great victory for the team that is already in the Main Round! ❤️

The impeccable Spanish defense allowed exploit the counter for the enjoyment of Shandy Barbosa and Carmen Martín. As the minutes passed Spain was losing precision in attack, but not defensive intensity.

China, beyond some merit technical actions by Jin and Suhui Wang, was unable to score and Spain’s second unit was also able to afford the luxury of accumulating statistics and good feelings in the first half that ended with the score of (7 -16).

With the party decided, Spain did not slacken in the second half. He kept cutting pass lines in defense and looking for the goal on the fast track.

Sole López and Ainhoa ​​Hernández now assumed offensive responsibility to shoot the score in favor of the Spanish (11-24, minute 15).

The Prades team was still enough with the defense and with Castellanos in the goal, so it was losing precision and finesse in attack as the minutes passed.

Several chained errors, used by China to reduce the difference to 10 goals, forced the Spanish coach to intervene with a time out.

Spain redirected the situation and said goodbye to the game with a new devastating partial (3-8) to close the game with good feelings awaiting much more demanding battles.

Referees: Alexei Covalciuc and Igor Covalciuc (Moldova). They excluded Gong (3) for two minutes, for which she was sent off in the 28th minute of the second half, Sun and Mo by China, and Cesáreo and Almudena Rodríguez by Spain.

Incidents: Match played at the Torrevieja Sports Palace corresponding to the second day of Group H before some 3,500 spectators.