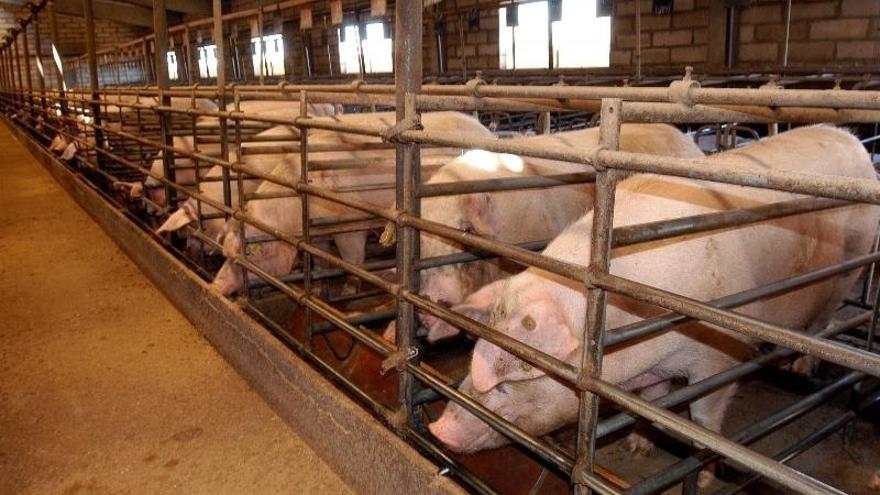 The pig takes advantage of everything. And Spanish politics in its most stark version is not in a position to waste a single iota. You are not satisfied with just enjoying the juiciest portions of the animal. Everything is consumed here, including the worst-looking parts. With the bones, so much broth is made that in the end the politicians do not even know what they are eating. It does not matter, all are proteins with which to feed the unbridled desire to consume raw material that generates the necessary excrement with which to smear the rival. If an electoral date is approaching, you have to swallow and evacuate with more intensity.

The good thing about Alberto Garzón's statements on livestock is that it has allowed people to talk about an issue that only appeared sporadically before in the media and generally limited to the economy section. We are on our way to being a country where there is as many pigs as people. The official census of pig cattle in Spain reached 32.6 million head in 2020. More than double that in 1986. It has grown 33% in the last fifteen years. In Aragon there are already almost seven pigs per inhabitant.

It has not been because of a change in eating habits. It is an industrial explosion associated with the development of intensive livestock, mostly controlled by large companies. Its main destination is China, to whose market exports increased by 111% in 2020.

Spain has become the third country in the world in number of pigs slaughtered, behind China and the US. In terms of meat production figures, it is the second in the EU with numbers almost identical to those of Germany. You will soon get over it. Meat production has fallen in the EU by 5% in the last five years. In Spain it has increased by 15%.

There has been "a notable decline in the total number of farms over the last 13 years, focused on smaller farms", according to the annual balance carried out the Ministry of Agriculture and Livestock. If you have heard tearful statements lamenting the damage suffered by the farmer who takes out ten pigs every day to stretch their legs in a typical case of extensive farming, be clear that the objective of the controversy is another: the attack or defense of the factories of pork, which is usually called macrofarms.

The 77.8% of pig farms are intensive in Spain (68,836). The percentage is even higher in communities such as Aragón, Catalunya and Castilla y León. In reality, only in Andalusia (6,816) and Extremadura (5,827) are there a high number of extensive pig farms, which we could call traditional livestock farming.

The Consumer Minister directly charged against large farms in statements to The Guardian: "It is a lower quality meatIt is also animal abuse that is produced and it is a colossal and disproportionate ecological impact. "The pork lobby discovered it a few days later and put it into circulation in the form of an attack on all livestock.

It is not by chance that the first PP leader to join the operation was Alfonso Fernández Mañueco, who has elections in February in Castilla y León. Perfect for not talking about your decision to advance elections before corruption cases in the courts begin to harm your Government. Nothing better before a campaign than looking for a doll to poke.

In some towns in their community, they mobilize against the expansion of macro-farms. "We don't want to be the pigsty of Spain"they say. They fear the contamination of the waters they use for drinking by the nitrates that come from uncontrolled discharges, in addition to other damages. It is a rural Spain that does not want to fill it with pigs.

Nor is it strange that Javier Lambán, Aragonese president, was the socialist most interested in denouncing Garzón until demanding his dismissal without thinking that this decision could cause the end of the Government and the calling of early elections. Aragon is the paradise of macro-farms. The imbalance there is evident: 5,105 intensive livestock farms and five extensive ones, according to data from the Ministry.

The Asturian president, the also socialist Adrián Barbón, marked a different point of view: "Ours is a model of extensive, sustainable, quality livestock farming that has defined our environmental environment." He also criticized the Asturian deputies of the PP who rushed to comply with the party's argument, because "they do not know the livestock model that we practice in Asturias and they limit themselves to saying and defending what they are sent from Madrid."

It is not known where the instructions came from for the agrarian union UPA to demand Garzón's dismissal. It is logical that they are concerned about the image of Spanish meat products abroad, but it turns out that they came to ask the European Union in 2018 to ban macrofarms. That has not yet been heard from Garzón.

Political debates in Spain are sometimes a lot about what can or cannot be said, but not always about what should be done. The most consistent criticism of Garzón could be asking him what to do with livestock in terms of regulation. If these macro-farms have negative effects, should the rules that apply to them be changed? Make them more restrictive? We have missed that part of the debate. It would have been good to listen to the minister of the sector, Luis Planas, explain what is being done and what could be changed. Not a word has been heard from him. He's probably at home red with anger counting to a thousand and he's not done yet.

Yes there is an autonomous community that plans to make reforms. It is none other than Lambán himself presides over it. In July, his Government presented in the Assembly of Aragon a bill on agriculture and livestock which says in its explanatory memorandum: "There is a trend towards livestock farms whose dimensions can endanger both the environmental sustainability of the territory, as well as the economic and social sustainability related to the model that this law intends to promote." It is an alert that coincides with the one expressed by the Minister of Consumption in The Guardian.

His agriculture counselor, Joaquín Olona, ​​said that "it is very worrying how in terms of production and income the family model is losing weight compared to the corporate model." Surely Alberto Garzón would gladly sign those words. Better not do it, lest Lambán end up voting against his own bill.