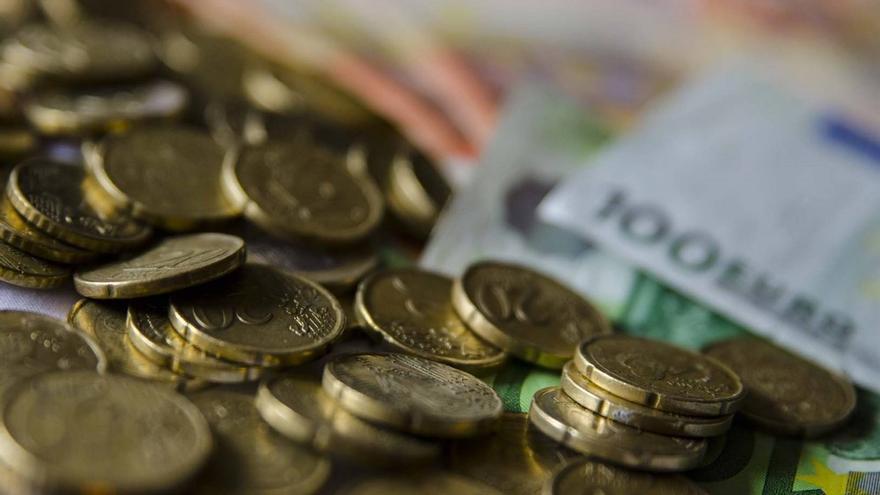 The Catalan employer Foment del Treball It intends to take the Estate Tax to the Constitutional Court as it is considered confiscatory, as announced by its current president, the businessman and veteran nationalist politician Josep Sánchez Llibre, almost at the same time that in the Madrid Assembly President Díaz Ayuso affirmed that heritage is a right constitution of its owners, so cutting it for any tax contravenes our Magna Carta, an argument that would certainly lead, taken to its ultimate consequences, to the elimination of all taxes from the tax system. A few days later, the Galician Family Business Association extended the request for the suppression of taxes to that of Inheritance.

We are thus facing a new offensive against property taxation in our country, which at least harbors the advantage of clarifying the true cause of the dispute, and this has nothing to do with national conflicts: we are talking about the perpetuation of the concentration of wealth and of the tenacious resistance of its greatest owners to any redistribution, however minimal. It is already evident that the passionate protests of previous days against the independentistas who wanted to raise taxes on the Madrilenians and the angry defenses of fiscal autonomy were nothing more than smoke. We’ve gotten to the heart of it, and this is good.

A few figures will prove it. According to the latest statistics on the results of the Wealth Tax published, in the Community of Madrid, as a result of the 100% tax rebate, about 905 million euros from the slightly more than 17,000 declarant owners of assets exceeding 2 million, which is what the state regulation requires to declare even if they do not have to pay. The loss of income is much higher if we add that of the Inheritance and Donations Tax, but the Heritage Tax is useful to get an idea. 905 million account for approximately 11% of the health expenditure of that year, and 17,000 taxpayers are 0.25% of the Madrid population and 0.50% of income taxpayers in this region. Therefore, we are referring to these Madrilenians and not others to less than 1% of the richest taxpayers.

For a long time, unfortunately for the working class of this country, the national conflict buries the perception of any other. But when you dig deeper, the real bias of things is easily revealed. Thus, it is often said that in 2008 the Estate Tax was abolished and this is not an exact statement. What was eliminated was the payment through a bonus of 100% of the quota, which is not the same as eliminating the tribute. Its formal maintenance prevented any Autonomous Community from being able to implement it in its territory by resorting to the power to create its own taxes recognized in article 133 of the Constitution. No regrets were heard about the loss of fiscal autonomy, surely for the very good reason that at the time it was a matter of freeing the richest from tax burdens and now increasing them.

John Kenneth Galbraith sneered that conventional, or neoclassical, economic theory can be summed up in two twin principles: that the poor do not work enough because they earn too much and that the rich do not work enough because they earn too little. In the field of taxation, the application of the two axioms seems particularly stubborn; we will always find dozens of experts willing to explain the “scientific” reasons that advise reducing taxes on the wealthiest. And when we refer, as is the case here, to the tributes that fall in a special way in the great fortunes, the tremendous tone reaches biblical heights. There is again talk of confiscation, invoking competitiveness and announcing the economic cataclysm because taxes hold back activity, investment and the creation of wealth.

But in reality, neither the Estate nor the Succession tax tax the business profit. The first of them falls on the net value of the wealth of natural persons, excluding all that portion of it linked to economic activity, and the second, the capital gain obtained free of charge by hereditary succession or donation. They are precisely the taxes that least distort economic activity, and the only ones that can save the current situation, in which the activity is seriously affected by health causes but we must serve millions of people in desperate situations.

The truth is rather the opposite of what is preached. Two years ago, a study by Oxfam Intermón revealed that the richest 10% of the country accumulate well over half of all national wealth. In Spain, as in other countries, the concentration of wealth, apart from its profound injustice, has become a macroeconomic problem of the first order, about which economists such as Saez, Zucman or Piketty and institutions such as the OECD have been warning. We know that, in the absence of public intervention, concentration and inequality only grow and we know why: the higher the income, the higher the savings rate, which makes possible not only their future accumulation but also the obtaining of increasing capital returns.

And the negative impact of the disappearance of direct taxes on wealth is reinforced by the regressive effect of other taxes whose rates continue to rise. Especially VAT and consumption taxes, which by falling on income spent and not on income earned redistribute wealth from the bottom up. Whoever earns 1,000 euros a month will spend practically all their income to support themselves, so with a general rate of 21% VAT they will be contributing to the public treasury around 17% of all their profit. Whoever earns 200,000 euros a month and spends about 20,000 a month (which is not a bad way of life) will contribute 1.7% of their income. In other words, by consuming twenty times more than the first and earning two hundred times more, you will be contributing, in proportion to your income, ten times less to the treasury. If, in addition, your savings (180,000 euros each month) are left without any tax and the performance of that savings or capital is rewarded with a privileged tax system (as is done in personal income tax: 23% of maximum marginal compared to 45% of general income) It will turn out that the entire tax system not only does not stop the concentration of wealth but also stimulates it.

Once a certain degree of concentration has been reached, when all the avenues of promotion are closed for the dispossessed layers of the population, we will be burning the talent and capacity of the whole society and propping up at the top an idle, rentier and incompetent economic elite that each time will have to greater percentage of their wealth to mere possession and inheritance and less to effort. It is not just an ethical problem (noted the economist Branco Milanović that it is incompatible to defend a society meritocratic and being against the Inheritance Tax), but to avoid stagnation and condemnation to the backwardness of several generations.

The Government should, in my opinion, stop hiding behind technical considerations on fiscal harmonization and face the substance that is being discussed, because perhaps it is the most important thing about what we are dealing with in the country. A similar problem of concentration of wealth and inequality suffered the United States in the early 20th century. When the introduction of individual taxes on income and inheritance was proposed to stop it, the billionaire Rockefeller protested that he did not have to pay any taxes since he already contributed wealth and jobs through his companies. Surely the argument sounds familiar. President Theodore Roosevelt, of the Republican Party, replied that a fortune like hers was impossible without the contribution of the whole of society, so it was only fair that he gave back to society a part of what he had received from it.

Often, above flags and party colors, what matters to face reality is the courage and decency of doing so.