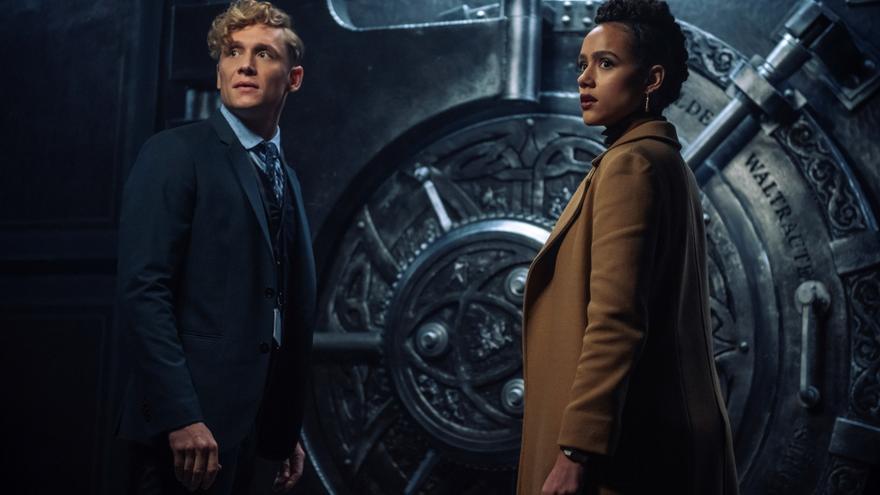 Los Angeles (USA), Jun 25 (EFE) .- The end of “The Walking Dead” and the first children’s series of “Star Trek” shone at Comic-Con, the great party of pop culture on a scale world and that, for the second year in a row, had to be held virtually due to the pandemic.

Comic-Con, which before the coronavirus attracted tens of thousands of people to San Diego (USA) every summer, closed this Sunday three days of events, interviews and presentations for lovers of cinema, television, and comics. and video games.

If all goes well, Comic-Con is expected to return in July 2022 at the San Diego Convention Center.

Along with “The Walking Dead” and “Star Trek”, this digital Comic-Con also featured prominent acts such as Jean-Claude Van Damme and “The Last Mercenary”, the return of “Dexter”, the prequel to “Army of the Dead “or Amazon bets with” The Wheel Of Time “and” I Know What You Did Last Summer “.

But regardless of the obstacles that the pandemic put in its way, this Comic-Con of 2021 also had to face the very notable absence of film giants like Marvel, Warner Bros. with DC, and “Star Wars”.

GOODBYE TO THE ZOMBIES FROM “THE WALKING DEAD” …

A Comic-Con classic like “The Walking Dead” returned to this event to reveal some of the keys to its eleventh and final season.

“The beginning of the end”, was read in the trailer that “The Walking Dead” presented at Comic-Con in a digital event in which actors such as Norman Reedus, Lauren Cohan or Jeffrey Dean Morgan participated.

That first preview did not give many clues about the plots of the new season, although it did show large doses of action with the undead and made it clear that the Commonwealth will have a fundamental role in the outcome of “The Walking Dead.”

HELLO TO THE KIDS IN “STAR TREK”

The long-lived and influential saga of “Star Trek” faces a new and exciting challenge with “Star Trek: Prodigy”, the first series of this science-fiction universe that is designed for children and families.

This animated production, which will premiere in the fall on Paramount +, focuses on six young people who have no idea how to pilot a ship but who will have to collaborate with each other to get ahead in their adventures.

Although the series has been promoted as the first of “Star Trek” designed for the little ones, the director of “Star Trek: Prodigy”, Ben Hibon, assured during Comic-Con that “it is not designed only for children” but that “is designed for lovers of animation and science fiction.”

“Star Trek” also presented the second season of its animated series “Star Trek: Lower Decks” during the convention, which will be available on Paramount + starting August 12.

FROM JEAN-CLAUDE VAN DAMME ON THE RETURN OF “DEXTER”

An adrenaline and action film specialist like Jean-Claude Van Damme appeared at Comic-Con with “The Last Mercenary”, a film that can be seen from July 30 on Netflix.

The digital giant also presented at Comic-Con a trailer for “Army of Thieves”, a prequel to Zack Snyder’s “Army of the Dead” (2021) and starring Nathalie Emmanuel and Matthias Schweighöfer.

In addition, actor Michael C. Hall gave some touches of the return of “Dexter” (2006-2013), the famous series about a meticulous murderer of criminals that will have new episodes on Showtime.

Finally, Amazon participated in Comic-Con with two main assets: the series “The Wheel of Time” with Rosamund Pike leading the cast; and the adaptation to the small screen of the 90s horror classic “I Know What You Did Last Summer” (1997).