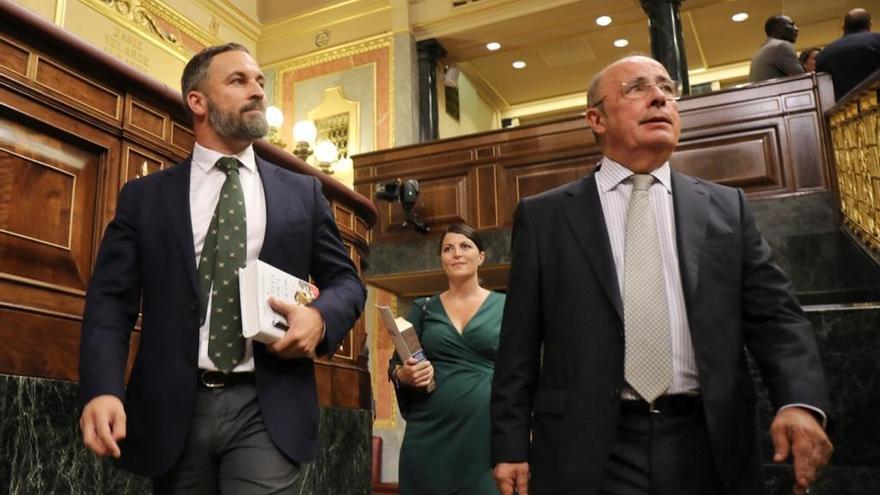 The Vox deputy who criticized EH Bildu’s support for the Government Budgets for being a “vomitive alliance”, Ignacio Gil Lázaro, was one of the signatories in 1998 of a unanimous motion by the forces of Congress to urge the Government of José María Aznar to develop “a new, consensual, dynamic and flexible orientation” of prison policy “in the way that best favors the end of violence”, as published by InfoLibre this Friday.

During the control session to the Government on Wednesday, the fourth secretary of the Table reproached the second vice president, Pablo Iglesias, who prioritized pacts with ERC and EH Bildu, the first with leaders in jail and the second who “remains uncondemned ETA terrorism “and its objective is to” charge the regime of 78 “. “Millions of Spaniards are not going to allow our democracy to be loaded with vomitive and miserable alliances that are an insult to the victims and national dignity. We will not allow them to replace democracy with a communist, plurinational, confederal and banana republic,” said Gil Lazarus.

As InfoLibre recalls, Gil Lázaro was one of the negotiators of that 1998 motion to request changes in prison policy, with ETA in truce but active, as Interior spokesman for the Popular Party. The text was read in Parliament in November of that year by the Federal Parliamentary Group of the United Left on behalf of all political forces (PP, PSOE, Izquierda Unida, Convergència i Unió, EAJ-PNV, Coalición Canaria, Bloque Nacionalista Galego, Eusko Alkartasuna and Nueva Izquierda-Iniciativa per Catalunya).

“The Congress of Deputies urges the Government, first, to develop a new consensual, dynamic and flexible orientation of prison policy through the broadest dialogue with all political forces, in the way that best promotes the end of violence”, reads the document. The motion also appealed “for solidarity with the victims of terrorist violence and their families to be translated into concrete and effective actions, within the framework of maximum collaboration between institutions.”

Finally, the text referred to “that dialogue, consensus and respect for democratic principles and legitimate political options of citizens govern the entire process that must lead to an end to terrorist violence and avoid confrontational attitudes between ideological positions. different “.

In 1999, Gil Lázaro also defended in Congress the “deep draft” initiatives of the Aznar government: “For peace, President Aznar has promoted a very important set of initiatives of which he has informed the Spanish with transparency; as profound as the authorization of exploratory contacts with ETA, the opening of return routes for those who do not have pending cases, the transfer to the Peninsula of the prisoners who were outside of it, the recent decision to approach prisons in the country Vasco or his environment of a very important number of ETA prisoners and the clear expression of will to restart the contacts that the band unilaterally decided to suspend this summer “. ETA broke that truce in January 2000.