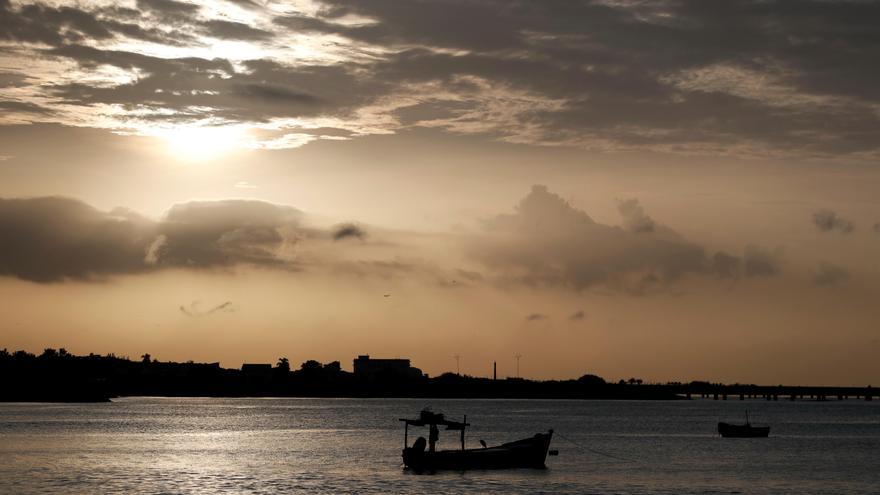 Taboga (Panama), Jul 17 (EFE) .- Surrounded by flowers, the figure of the Virgen del Carmen is carried in a small boat that runs through the blue-green waters of the coasts of the Island of Taboga, located in the Pacific of Panama , while other boats of different sizes escort her.

“She protects the entire island, like a guardian,” Germán Sandoval, a 23-year-old fisherman from Taboga, told Efe, in the midst of the tribute with which each year in mid-July the “patron saint of fishermen is venerated. and marine “.

Less than a thousand inhabitants live on this tourist island of just 5.9 square kilometers located about 12 nautical miles from the Panamanian capital. It is also known as the “island of flowers” for its colorful flora.

And Taboga, for months, has registered zero cases of covid. The authorities completed the vaccination scheme in May for all the inhabitants of this island and others of the Las Perlas archipelago from the age of 16.

“Not a case of covid. That is the type of protection I was referring to,” said Sandoval, explaining the devotion of the inhabitants of the small island to their Virgen del Carmen, which he understands as “part of the culture” of the island. place.

If you were born and raised in Taboga, “it is impossible not to believe in her,” added Sandoval, who has been fishing since he was 6 years old, when his grandfather began teaching him this tough trade.

The festivities of the Virgen del Carmen, patron saint of sailors and fishermen, are traditionally celebrated on July 16 in various locations in Panama, in addition to Taboga, and include masses and water processions.

This year the sky is cloudy and the greenish blue of the waters of Taboga looks deeper. The boat with the image of the Virgin surrounded by flowers crosses the calm waters in front of the view of the inhabitants of the island, of visitors, and having at times as a backdrop a monstrous container ship that waits its turn to cross the Panama Canal .

“We have always followed this tradition. I was born a Catholic, my parents raised me Catholic, so I believe in the Virgin, the patron saint of here,” Benigno Bustamante, 83, who dedicated most of his life to fishing, told EFE. .

Thin, with brown skin and plagued by vestiges of the passing of the years, Busdamente assures that he only asks Virgen “health and bless Taboga.” And he assured that he has already done miracles for him.

“He did a miracle. My wife had a chronic illness and it helped her to get stronger for many years. She reached the age of 75, no more. Our Lord said ‘this far'”, said the old man, resigned.

For the young Sandoval, “the greatest miracle” that the Virgin performs every time he prays to her is to give him “the security of knowing that someone like her” protects him and the island.