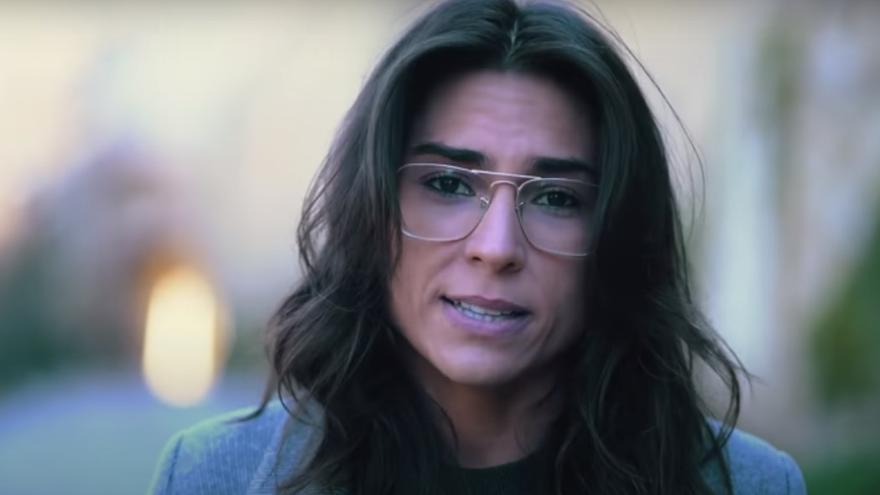 Run from mobile to mobile from the weekend. The protagonist of the video, Tatiana Ballesteros, a 28-year-old young woman from Segovia, assumes first-hand efforts made by Spanish society during the pandemic, such as staying at home during confinement, wearing a mask, closing deals, teaching online, working in health centers doubling shifts and without protection; to criticize politicians. “We ask you not to raise your salary when Spain dies. We ask you for something very simple. We ask you for respect, dignity and honor,” he says in a montage with an elaborate post-production, in sequence while an emotional instrumental music plays in the background.

“If we have made something clear this year, it is that Spain is far above you. And now, are you asking us to vote? Who? Which one? It is clear that Spain needs a captain for a ship that goes adrift, but he is not among you. Do not forget one thing: we are 47 million Spaniards and you, only a few, “continues the narrator as the intensity of the music increases.

Doubts about who was behind these frames soared on social networks, at the same time that the reproductions multiplied. Ballesteros assures elDiario.es that she has been in charge of the script and a friend, Valsan George, “who is a videographer”, of the image. In conversation with this medium, she disassociates these images from any political party and attributes it to a particular initiative of two friends. “They are not theirs, they are for them, so they can do things well, regardless of where they come from,” he says. It is not the first time that the Ballesteros-George tandem has made a recording and published it on social networks, but it is the first time that it has gone viral.

With this video they wanted to welcome the new year, it was published with the title “Hello 2021”. A weeks before they had recorded another to say goodbye to 2020. The format of the two is very similar: instrumental music in the background, sequence shot, close-up and speech looking at the camera. The only difference is that the one that has gone viral displays a total criticism of the policy, which the previous one did not pick up, which was limited to taking a tour of the scenes lived throughout the first months of the pandemic.

The protagonist of the video tries to distance herself from the accusations that frame her speech in populism. “It is an emotional reflection that I do from the pain,” he emphasizes. And highlights: “We are many people [las] that we are having a hard time in this country. “Graduated in Criminology, this young woman is currently unemployed. Although, she assures that it was not her work situation that motivated her to write this script, but her mother’s financial complications.

“The idea arises in my room at home, because I love to write, but it really explodes when my mother comes home [y me cuenta ] that they have raised the quota of the self-employed with tears in his eyes because he can no longer pay it, “he points out. This argument is also present in the video, in which he asks politicians not to increase” the quota of the self-employed when [éstos] They have not been able to work for months. “However, taking into account that the increase in the quota is an approach of the Government that has not yet been implemented, Ballesteros does not know how to explain when and why the increase in the rate occurred, which ensures that he faced his mother.

Nor is he able to specify which politicians he is referring to when he asks them not to raise “the salary when Spain dies.” When asked by public representatives who have had a salary increase or if she knew if they worked at the national, regional or local level, she limits herself to assuring that “it was on TV recently.” “I do not know where I saw it, in many media,” he points out. In October it was published that the Government decided to apply also for the president and ministers the agreed salary increase for officials. The measure was not carried out, because PSOE and United We Can agreed a few weeks later freeze salary received by the members of the Executive.

Luis García Tojar, professor of Sociology and Political Communication at the Complutense University of Madrid, highlights that “the most suspicious thing about this message is that the protagonist speaks on behalf of the people to tell the people that the politicians elected by the people are not at the height of his mission. And he ends up asking for ‘a captain’.

For the sociologist Guillermo Fernández-Vázquez, the slogans raised in the video that has become viral are “interpretable in many ways” and points out that it has “messages that cannot be assigned to a party”, to unlink part of the content of the recording with the ideology of Vox, which some attribute to him. Although he notes that he misses the fact that, beyond the political class, Ballesteros does not refer to “businessmen or people who do not pay taxes.”

This expert in the discourse of the extreme right, emphasizes that Ballesteros “speaks of public investigation”, “something with which Vox would not agree”. There are also allusions to the need for “health personnel to have a permanent contract”: “How does that match with Ayuso’s management and the support of Vox in Madrid?” “It has collected things that are in the street and has shaped them,” he continues detailing, to later highlight that it has divided society in two: “We, the citizens, versus them, the power. A typically populist message, but that be it more to the right or more to the left remains to be seen. “

In relation to the chosen messages, García Tojar states that “half of the accusations that the protagonist of the video makes about politicians are half truths and the other half are complete lies”, a situation that is not relevant “for mobilization purposes because they target stereotypes and perceptual frames built in the media, which are already more powerful than reality itself. “

Ballesteros assures that “she feels disappointed” by the political decisions. He says that until now “I have always offered” his “support to the left”: “To Pedro Sánchez.” Likewise, it stands apart from movements linked to the extreme right and clarifies its participation in the radio station Radio Ya, with an editorial line centered on “the defense of life, of the family”, “of Spain” and of its “Christian roots”. According to him, when he finished his degree in Criminology, he collaborated with a program in which events were addressed and was broadcast on that station, but he did not notice the values ​​of the media. “I have never thought about the ideology that a radio has,” he adds. However, she finally chose to leave because she “felt uncomfortable, very uncomfortable,” she says.