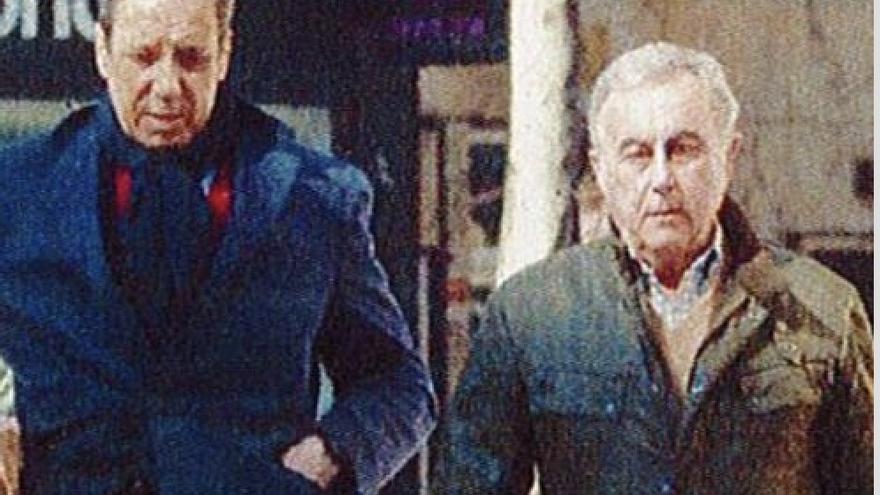 The alleged figurehead of Eduardo Zaplana, the businessman investigated in the Erial case Joaquín Barceló, alias Pachano, has been left without the status of urban development agent that his construction company GE Urbantura SL had been awarded within the framework of an integrated action program in the PP-19 sector of the General Urban Development Plan (PGOU) of Vila Joiosa, in the region of the Marina Baixa. The employer has not built the officially protected homes provided for in the urban action. The resolution also approves the “seizure” from the employer of more than half a million euros of the guarantee.

The integrated action program of the sector The Xarquet was awarded to Pachano in 2005 by the then mayor of the Popular Party José Miguel Llorca Senabre. The current city council, of which the socialist Andreu Verdú is mayor, has decided to withdraw the presumed front man from Zaplana the condition of urban development agent for “culpable breach of the essential contractual obligations consisting of not having complied with the VPO requirements”, as published by Official Gazette of the Generalitat Valenciana.

The city council has agreed to the “seizure” of the promotion guarantee, valued at 506,740.80 euros, a figure that represents 10% of the total urbanization costs foreseen for the development of the urbanization works in the PP-19 sector The Xarquet. The mayor reproaches Pachano that the requirement to build protected housing was included in the urbanization certificate and, furthermore, GE Urbantura SL did not formalize the procedures prior to the presentation of the reparcelling project within the required deadlines.

The resolution of the council also recalls that the alleged Zaplana front man abstained from “verifying any type of action that would allow the execution of the action program to be promoted, not complying with the obligations derived not only from the sector’s programming agreement but also from the urban development agreement signed with the Municipality of Vila Joiosa “, registered by the Civil Guard within the framework of Erial case.

The PP-19 sector has been declared in a situation of developable land without programming. The partial plan approved by the consistory in 2015, after the arrival of the left to municipal power, continues in force, according to the resolution, although “for its development and execution the location of the percentage of officially protected housing must be determined.”

The resolution supposes a “definitive act” in the administrative way, with which Pachano You can only file an appeal for reconsideration before the town hall or directly a contentious administrative appeal in a court in Alicante. In the company GE Urbantura SL, Ángel Salas Gallardo appears as joint administrator, also investigated in the Erial case and as sole former administrator, the businesswoman Carmen Berendes Rathje, wife of the former vice president of the Mediterranean Savings Bank (CAM), Armando Sala.

Pachano appears in the summary of the Erial case linked to all kinds of alleged dealings with the rest of those investigated in the case. In one of the conversations intercepted by the Central Operational Unit (UCO) of the Civil Guard, the tax advisor Francisco Grau, with whom Pachano had a stormy relationship, explains as reported by this newspaper: “Now, real estate issues are highly persecuted. What we did before, I buy off plan and sell it to you, you know, and you eat … That can’t be done.” The alleged Zaplana front man was photographed by the UCO in the company of the former PP minister and the telephone conversations tapped by the investigators reveal the closeness of both.

A former popular mayor of Vila Joiosa publicly disassociated himself from Pachano (although he admitted to meeting him).