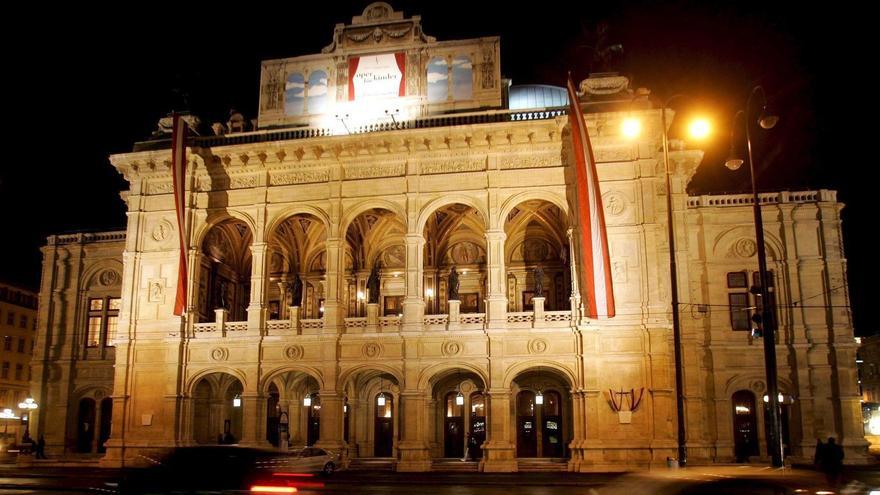 Arches, galleries, and paintings instead of overtures and arias. The Vienna Opera has reinvented and modified its cultural offer to be able to receive public as a museum and thus circumvent the restrictions due to the covid that have closed theaters in Austria for almost four months. Although current sanitary measures prevent spectators from attending performances (which are broadcast on the Internet or on public television), those in charge of the Opera have designed a free guided tour on weekends, taking advantage of the fact that museums can receive public since two weeks.

“The Management has decided that we have to be present again, we have to have an audience again“explains César Pérez, who has been working as a guide at the Opera for more than 20 years.” The important thing is that people remember the Opera and say: ‘I want to go back to a performance,’ “summarizes this strategy to Efe.

Pérez considers that the decision does not seek to generate new income, since despite the brutal cut in income, the finances of the theater are assured for the moment thanks to state aid. Still, visitors, who must wear an FFP2 mask at all times, can offer a donation upon departure. The organizers assure that during the first weekend of guided visits, the Opera raised almost 4,500 euros for different projects with children and young people.

After testing the concept between February 12 and 14, with long lines of people forming under the arches of the facade and in front of the central Ringstrasse, those responsible admit that the demand has been “much higher” than your expectations. As reported in a statement, almost 2,100 people came during that first test weekend to visit the Opera. Similar figures have been reached in the tours organized last weekend.

The route, delimited by small arrows stuck to the ground, is dotted with explanations that visitors can access via their mobile phones using QR codes. These tours have adapted, reducing them, the visits that have been offered for years to discover the Opera, from its impressive staircase and halls, to the technical complexity of the stage.

“The government gave us the authorization to reopen, but not for performances or for guided tours. architecture tour about the building where everyone can go looking, “says the guide. With a bit of luck, visitors can even briefly coincide with a rehearsal, since the theater continues to offer performances, even premieres, through online platforms and public radio.

Although the Vienna State Opera is today one of the most popular buildings in the city, its design was highly criticized when it was originally introduced in the mid-19th century. Emperor Francisco José himself, who commissioned its construction, scoffed at the project by assuring that it looked like a “sunken box” as the street on which it is situated, the Ringstrasse, was raised shortly after construction began, thus reducing the height of the building.

In fact, neither of his two architects ever saw the finished work: Eduard van der Nüll committed suicide in 1868, partly motivated by poor reception for his work, and his partner August Sicard von Sicardsburg died shortly after a heart attack. The emperor is said to have been so affected by the death of his two architects that he never criticized anything in public again.

“Anywhere he went he would say goodbye with the words ‘It was very nice, it made me very happy'”, says Pérez about the well-known tagline of the monarch. As the guide explains, when the State Opera was finally inaugurated in 1869, and the Viennese were able to access the interior, “they saw that the building was beautiful and worthy of the place it occupies.”

Destroyed during the war

Most of the Opera House was destroyed on November 12, 1945 by American planes during one of the bombings suffered by the then city of the Nazi Third ‘Reich’. Only the façade, the lobby and its main staircase and the so-called tea room remained standing..

The building was rebuilt and opened in 1955 following the original design, with some minor differences on the outside and with many internal modifications to integrate new security measures and improve visibility and acoustics. For this reason, some of its rooms are decorated differently from the Neo-Renaissance and Baroque styles of the rest of the building.

Some of the rooms, such as the Marble Room, were decorated in a modern style. The Gustav Mahler Hall was also modified, in honor of the Austrian composer, who was the conductor of the State Opera during the first decade of the 20th century.