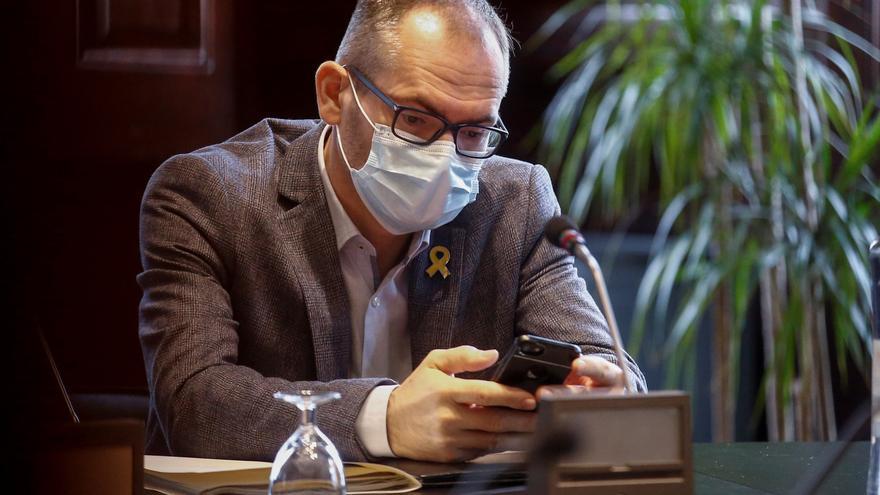 The vice president of the Parliament, Josep Costa, deputy of Junts per Catalunya, attended this Thursday afternoon to a meeting with different pro-independence groups called by a group split from the ANC that promotes an electoral alliance for next February 14. In that meeting, which was held by videoconference, half a dozen formations and entities were represented, among them the Front Nacional de Catalunya, a xenophobic far-right party that obtained a councilor in the Ripoll city council in the last municipal elections, although later the municipal representative abandoned the acronym.

After what Born Digital has published details of the meeting, which according to the organizations was registered, the deputy and vice president of the Table has written several messages on Twitter in which he acknowledged that he participated in the virtual meeting, but that he did so without knowing that there were representatives of the ultra formation .

“Anyone who knows me knows that I would never go to any meeting with ultras. If I had known yesterday that they would be there, I would not have connected. If at first I had felt that they were present, I would have disconnected. I entered in good faith, like other people that I deserve all the respect “, has indicated. In a later message, he also detailed that he made it “very clear that he was only entering in a personal capacity”, which is why he has disassociated him from the party, of which he is not part since he maintains his seat as an independent.

The existence of the meeting had been made known a few hours before by the organizers, a splinter group of the ANC and that is organized under the name of Donec Perficiam. In the first information collected by The Mon The participation of Junts was indicated, along with other minority independence parties and other groups. According to the promoters of the meeting, all the pro-independence formations had been summoned, but ERC, CUP or PDeCAT had declined to attend. The objective was, according to the organizers, to seek alliances for the elections.

However, after the first information was published, the spokeswoman for Junts per Catalunya denied that any of the members of its management or anyone authorized had attended. “Junts per Catalunya does not participate in meetings with xenophobic parties”, stressed Elsa Artadi.

After learning about Costa’s intervention in the meeting, several pro-independence parties have shown their discomfort and even his ERC partners have requested his resignation, through his parliamentary spokesman, Sergi Sabrià. “Whitening the far-right: red line. Resignation,” the Republican wrote briefly. Also from the CUP they have disfigured Costa his participation. “When the vice president of the Parliament arrives at a meeting and finds the ultra-right, no matter how Catalan, he picks up and leaves without hesitation for a second. It is intolerant that Josep Costa participated in a table with declared racists. And a shame for the institution of the Parliament “, has written the CUP deputy Natàlia Sànchez.

The Australian fund IFM launches a takeover bid on 22.69% of Naturgy for 5,060 million