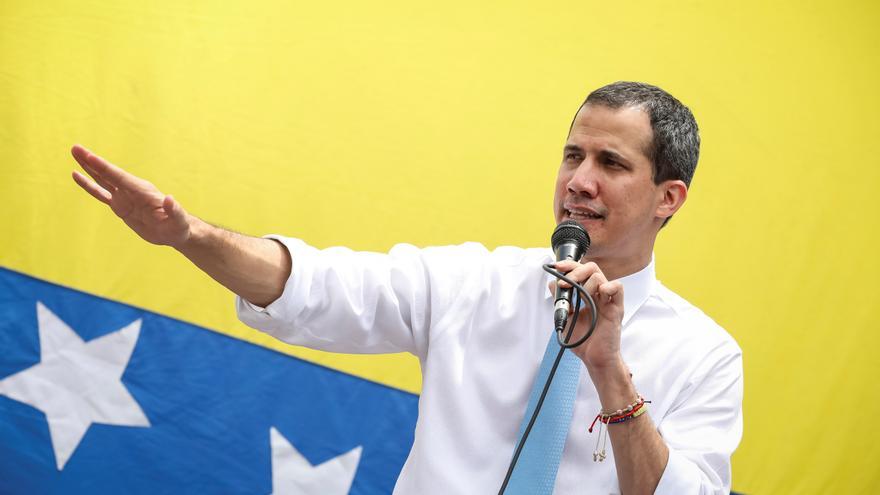 Caracas, May 24 (EFE) .- The Venezuelan opposition led by Juan Guaidó launched this Monday the alternative written medium, in web format, under the name Telesur Libre, after failing to gain control of the multi-state channel Telesur, as Juan Guaidó promised in 2020.

The opponent promised to “restructure” the state chain operated by the Venezuelan government, from which he tried to remove the management of the medium without having succeeded, despite the fact that he even appointed a directive that could never operate.

“Under the premise of truth within everyone’s reach, TeleSur Libre starts operations, a communication platform at the service of democratic governments in Latin America, designed to disseminate news and information that allow citizens to have access to reliable and truthful information,” said the board chaired and directed by Roberto Marrero and Eduardo Sapene.

As explained in a statement, in this first stage of the operation of the medium “the platform is active through the web and social networks”, and in a “second phase” they will be transmitting via “streaming and open television signal.”

In the same text, Marrero, who resides outside of Venezuela, said that with this medium they seek to “reveal and combat” the information that is being “misrepresented.”

For his part, Eduardo Sapene, who appears as the director of this medium, pointed out that “it will be a combative window to the excessive penetration and manipulation of propaganda messages from totalitarian regimes in their alleged ‘communicational hegemony'”.

“As our slogan says, the truth will be available to everyone. Our information will reach any corner of the world through social networks and new technologies, given the impossibility of making use of traditional media in countries where censorship prevails and where Neither ‘freedom of expression’ nor ‘human rights’ are respected, “he added.

On April 17, Guaidó replaced the positions of a commission that he himself created in January 2020 to, supposedly, take control of the Telesur channel signal, a task for which he had previously appointed journalists Leopoldo Castillo and Larissa Patiño.

The opponent, who did not elaborate on details about the relief of these journalists, only indicated that both Castillo and Patiño took steps “to confront censorship and misinformation and provide accurate information” on the situation that Venezuela is going through, although it is unknown. what tasks they did.

Then, in their place, he named Marrero and Sapene, against whom there is an arrest warrant from the Prosecutor’s Office, as well as against Castillo and Patiño.

Telesur, which was founded in 2005 and has the participation of Venezuela, Cuba and Nicaragua, is operated by the Bolivarian Communication and Information System, a conglomerate of state media attached to the Venezuelan Ministry for Communication.