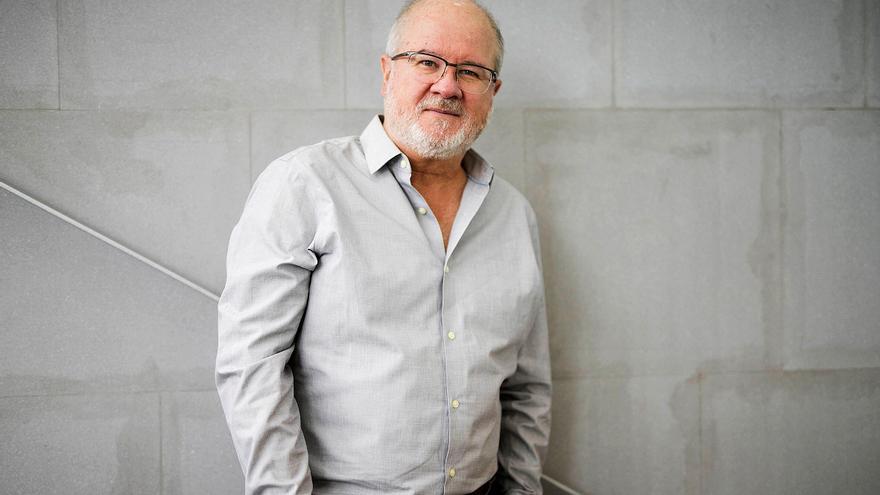 Bogotá, May 3 (EFE) .- Alex Saab, the mysterious Colombian businessman detained in Cape Verde, was a kind of “super minister” of the Venezuelan government, which should be concerned about what it may reveal if he is extradited to the United States, he says. the journalist Gerardo Reyes, who has thoroughly investigated the so-called “figurehead of Maduro.”

“They must be worried but I don’t think it’s the only source. So many witnesses have come here (to the United States), so many people who collaborated with the (Venezuelan) government that the complete map is not only available to Saab,” Reyes said in an interview. with Efe about his book “Alex Saab” (Planet).

Alex Naín Saab, 49, born in Barranquilla, fell in favor of Chavismo a decade ago and became a billionaire in the shadow of President Nicolás Maduro, benefiting from a network of shell companies dedicated to fictitious imports while handling affairs Government commercials, according to the research collected in the book.

“There are reasons to be concerned because this man was almost like a ‘super minister’, he handled all the foreign trade, all the emergency solutions of a regime cornered by the United States, and that he becomes an expert in circumventing that blockade that Washington poses to the country “, assures the author.

However, the party ended on June 12, 2020 when Saab was detained by Interpol in Cape Verde, at the request of the US, which asks for him in extradition and accuses him of “illicitly enriching himself by making bribe payments to official officials. Venezuelans in order to obtain improper business advantages. ”

According to the book, “it is estimated that the robbery of Venezuela” through corruption “amounts to 300,000 million dollars during two decades of socialist government,” and Saab took part of that cut because of his intimacy with the regime and his ability to business.

He explains that Saab, who was a modest businessman in Barranquilla, became a billionaire overnight and a key player in the Bolivarian revolution.

“He solved (for the Venezuelan government) all the basic survival issues, from milk to gasoline and later the monetization of gold, and that at the same time meant for him to get rich at the speed that he likes,” he explains.

As far as Saab knows, a team of lawyers has tried to prevent his extradition from the small African country to the US, but the Venezuelan government has reserved other forms of pressure in case it loses the court battle.

“I think they have made every effort, including a very strong letter to Saab saying: ‘if you speak that could be considered a treason and we would start a trial here.’ All that rhetoric that it reflects is not a solidarity of body with him. ‘ diplomat ‘Alex Saab but also a concern with what he can say, “says Reyes, director of the investigation team of the Univisión network in the United States.

THE ZOMBIE WORLD OF CADIVI

“One thing is that Maduro has benefited directly, we do not know, but another that is proven is that Saab managed to launch into this world of corruption, favors, contracts without tenders, inflated from a basic trap that was to deceive a Cadivi “, acronym for the National Foreign Exchange Administration Commission.

Cadivi was an organization created in 2003 to control Venezuelans’ access to foreign currency and from there dollars were authorized to pay for imports, but it ended up becoming a “zombie world”, at the “epicenter of a multimillionaire looting” of the country.

Among those who appear related to the Saab and Cadivi businesses is former Colombian senator Piedad Córdoba, a close friend of the late President Hugo Chávez and Maduro, and who also introduced Saab to the current president.

“She (Córdoba) is going to have to give explanations (…) She denies having received money, but there are some documents that raise doubts that possibly she was charging a success commission for getting the Cadivi funds unfrozen not only in favor of Alex Saab if not of a large group of industrialists and businessmen in Colombia “, he affirms.

Other characters mentioned in the book are the controversial Colombian lawyer Abelardo de la Espriella, who was a defender of Saab, and his partner in business in Venezuela, Álvaro Pulido Vargas, an obscure businessman who, according to what he reveals, is actually the former drug trafficker Germán Enrique Rubio Salas, who changed his name taking the identity of a Colombian who died in 2005 in Miami.

The book contains many anecdotes of Saab, of whom the author emphasizes that he is involved in “dark, murky operations” in many countries, as it was also investigated without success in Colombia, Ecuador and Mexico.

“He is accused in the United States, he did business with Turkey, he sent funds to Russia, he carried gold, he had companies in the Arab Emirates, he was investigated by Switzerland, he had investments in Spain, an apartment in Italy, a model Italian wife and an apartment in France”, Reyes says and adds that Saab’s success was so resounding that “he left Barranquilla with $ 500 and returned a year later by private plane.”