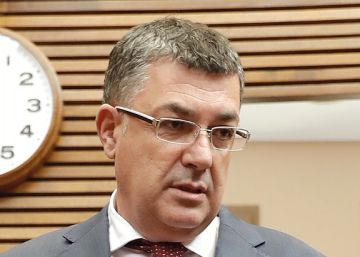 The Valencian Courts not only will not process the petition of Vox for the Generalitat to deliver the names of the members of the collective LGTBI that they go to the schools to give talks to the students, but the president of the autonomous Parliament, Enric Morera, has affirmed this Tuesday that he is going to transfer the request to the Office of the Prosecutor in case it could imply a hate crime.

The deputy of Vox Angeles Criado requested on Monday the identities and other information of the LGTBI activists who go to the schools to carry out activities aimed at preventing homophobia. Among them, documents that accredit their training or that lack a criminal record. Criado manifested the concern of his training to know "in whose hands" they leave their children "and the indoctrination to which they may have been subjected".

The request, has sustained Morera, leader of Compromís, can imply a crime to foment "a general cause against a group of people and entities by a question of sexual and affective orientation, protected constitutionally by the effective legislation and the international treaties adopted by the Spanish state". The president of the Valencian Generalitat, the socialist Ximo Puig, has supported the refusal of the autonomous Chamber to process the petition of the extreme right party. "This is a setback that we can not afford."