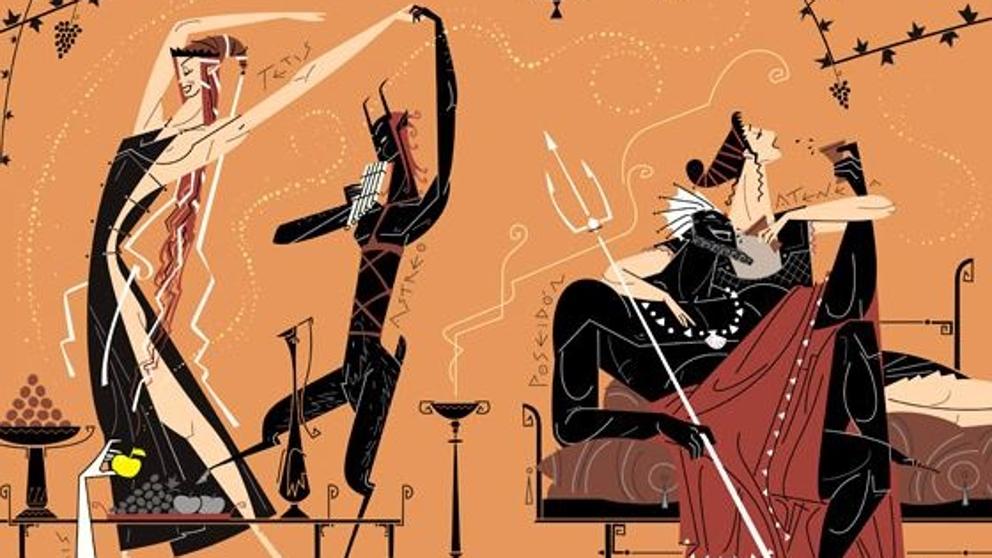 The Valencian illustrator Paco Giménez has been awarded the National Illustration Award 2019endowed with 20,000 euros, for "maintaining quality and freshness along a trajectory of more than forty years with a characteristic style".

As reported by the Ministry of Culture, the jury also highlighted Giménez (Valencia, 1954) his “loyalty to the line and the assimilated geometry of some of the historical avant-garde of Visual Arts, thus promoting the profession and children's and youth illustration "

The Ministry of Culture and Sports awards this award with the aim of recognizing and distinguishing all the work done by a Spanish illustrator or illustrator in the field of books and letters in any of the Spanish languages.

And Giménez has managed to win the prize after being six times nominated, so I had almost lost hope: “This is the seventh time they nominated me and I always stay at the doors for what I thought I had missed the rice, since I am older and fashions mark a lot”, He told Efe. Therefore, for being "faithful" to his style, the jury has highlighted his career. "I have not found it difficult to be true to myself, I could have been tempted by fashions, because they have more and more weight, but I wanted to be consistent," he added.

With a career specialized in children's and youth illustration, González has stressed that this genre now lives a golden moment because now there is "a generation of young parents who are no longer ashamed to consume illustrated books." “Children have always been attracted to them, but they have not had the support of adults or the valuation, and that has been changing every time,” he added, while breastfeeding for his companions: “What I like most is that female talent has emerged lately, although we already saw it coming, the girls are hitting hard ”.

As for the 20,000 euros, González is clear: “I will live more quietly, I am already an age and I was thinking about a retirement, but still working. This gives me a respite, I will be able to continue rejecting jobs. ”

From self-taught training, the illustrator began in 1974 his professional work as illustrator and graphic designer. Since 1982, his work focuses mainly on children and youth, with the development of illustrations for stories and novels, as well as curricular materials, games, teaching books, comics, posters or exhibitions.

He has won different awards, including: Lazarillo Award in 1989, from the Ministry of Culture for Story of a recipe (Ed. Anaya) or the Premi al llibre in valencià millor illustart of 2002, of the Generalitat Valenciana, for the work The two gegants of Sant Marcellí (Denes Ed.)

Self-taught, the illustrator began in 1974 his professional work as illustrator and graphic designer

He has also participated in the most important professional exhibitions of the sector such as the Bratislava Biennial of Illustration, 1989, 1991 and 2009 and has participated as a jury for different illustration awards, including: Tombatosals, from Tandem Edicions-Ajuntament de Castelló; Sambori from the Sambori Foundation or the National Illustration Prize of the Ministry of Culture.

He has been co-founder, president and vice president of the Professional Association of Illustrators of Valencia and co-founder and secretary of the Federation of Associations of Professional Illustrators. The jury of this award has been chaired by Begoña Cerro Prada, deputy director general of the Promotion of the Book, Reading and Spanish Letters.