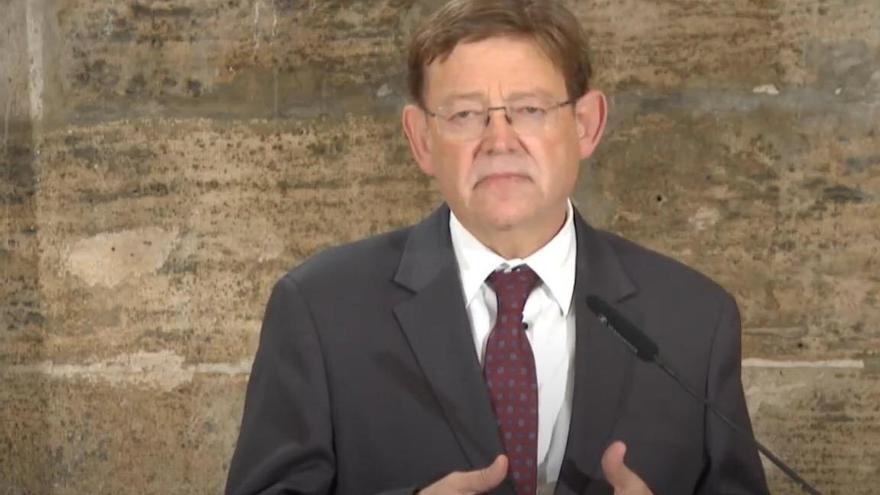 The President of the Valencian Government, Ximo Puig, announced this Thursday that the curfew will be implemented in the Valencian Community between midnight and 06:00 in the morning at least until December 9 to try to stop the advance of the pandemic .

Puig explained that the Valencian executive was “for a unitary measure for the entire Spanish territory, but some autonomies have opposed in the Interterritorial Council, which forces the Valencian Community to make its own decisions.”

The Valencian president has explained that he has commissioned a legal report from the Generalitat Lawyers’ Office and a resolution from the Ministry of Health with the conditions of the curfew. Both documents will be taken to the Superior Court of Justice of the Valencian Community (TSJCV) for legal validation. Once this support is produced, the measure will take effect.

Puig has made this announcement after reporting the situation both to social agents (employers and unions) and to spokespersons of the different groups of the Valencian Corts.

The measure has the support of the Valencian Business Confederation (CEV) and the unions CC OO and UGT, which they consider to be “logical” given the progressive advance of the pandemic. The coincidence, they express, has been “full” and they request that it be applied “as soon as possible.” As they have indicated, the schedule would not affect the workers of the night shift.

The president made the official announcement after the Interterritorial Council in which the Minister of Health, Salvador Illa, met with all the regional councilors, including the Valencian councilor in the field, Ana Barceló.

With this curfew, the aim is to stop nightly gatherings between family and friends, both in private homes and on the street, one of the main causes of the outbreaks that have been taking place in recent weeks.

Precisely, Health has reported this Thursday that the Valencian Community has registered 1,060 cases confirmed by PCR test or through antigen tests, which put the total number of positives at 52,676 people. This is the second day in three days since the pandemic started that the barrier of 1,000 daily infections has been exceeded. The first time it was overcome was this Tuesday, October 20.

However, in terms of cumulative incidence, the Valencian Community continues to be the second in Spain with the lowest number of infections, 142.15 infections per 100,000 inhabitants in the last 14 days.

“Although we are behind in terms of the accumulated incidence, we are not well and therefore we have to take another step to try to get to Christmas in the best possible conditions,” he said. Puig added that the curfew will be accompanied by other complementary measures that will be announced in the coming days.

The head of the Consell has explained that in the last two weeks infections have grown by 45% in the Valencian Community and that in the month of October the number of people hospitalized in the ward has grown by 97% and in the Intensive Care Unit (ICU) 65%. All in all, the occupancy percentages are currently only 7.3% and 12.3% respectively.

The spokesman for the socialist group in the Corts, Manolo Mata, explained that “with the request by the Generalitat for a curfew it is shown that a serious and coherent government represents us; we are better than others and we could be the penultimate to request it. so being the first is an exercise in responsibility to stop the pandemic. ”