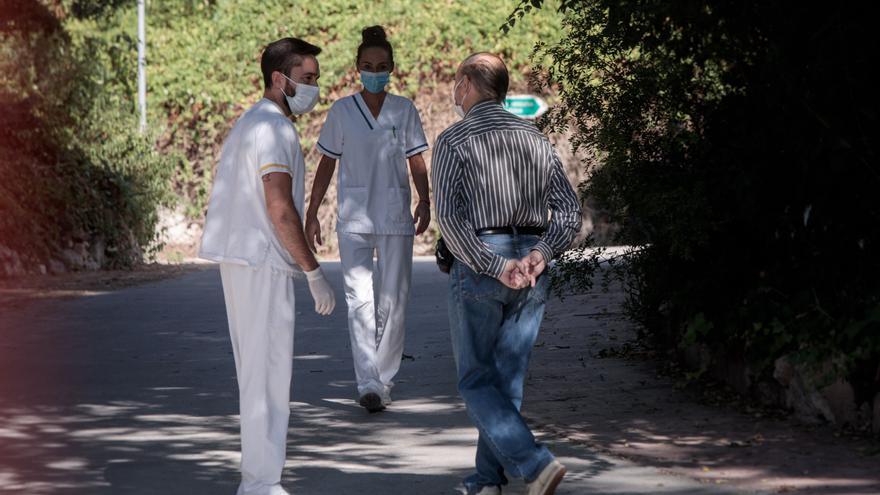 The Valencia Provincial Prosecutor’s Office has sent the court a complaint for the alleged abuse of elders at the Domus Vi residence in Llíria made public through videos in which elderly residents can be seen “in situations of abandonment and lack of protection” .

After the actions carried out by the Public Ministry, “it is inferred that there are indications that the treatment provided to residents by the director of the residence, in her position as guarantor and by those in charge of their care, surveillance and attention, seriously undermined their dignity and moral integrity, a fact which became even more obvious and lacerating in the case of residents who were more vulnerable due to their advanced age, their serious mental and physical illnesses and, in short, due to their high degree of dependence as they required the maximum protection ” .

For this reason, it agrees to refer to the Llíria courts that the facts under investigation may “constitute various crimes against the moral integrity of the Article 173.1 of the Penal Code“.

In the images recorded by a former worker of the center, it was possible to observe “three elderly residents eating alone in their wheelchairs, doing so with great difficulty as they did not have the help of third parties, despite their reduced mobility and personal autonomy; a resident who is sitting, immobilized in an armchair with a fastening belt and half naked, wearing only the diaper; a resident, who, when trying to get up from the chair, falls, hits his head on the floor; lying face down, without move and, without assistance; a man who is lying in a bed without sheets and with leg injuries; a resident who has injuries to one arm and who is sitting in an armchair with a restraint belt; to several residents with wounds to the face and arms, as well as to other people who are immobilized in their chairs by means of restraint belts, “as stated in the prosecution’s brief.

The former employee later declared to the Civil Guard that daily “she saw how many residents fell asleep and spilled food on themselves; that residents who did not eat quickly were taken away from their plates and left without eating and forgot to feed. eat some of them; that there were residents who remained for hours in their chairs and in the same position; that the nursing assistants distributed the medication to each resident and did not wait for them to take it so that later she was many pills on the floor; that it was common for residents to wear other people’s clothes, of different sizes and with bleach stains; that there were too few personnel; that the closet doors were damaged; that the toilets were in poor condition, Dirty and not draining properly and the showers were not working properly. ”

The Ministry of Equality had already detected various regularities in the center managed by Domus Vi in Llíria after a series of complaints from the residents’ relatives and, after ex officio carrying out different inspections of the residence, it initiated a sanctioning file and imposed a penalty of 174,000 euros.

Public debt marks a new maximum in August and is close to 1.3 trillion